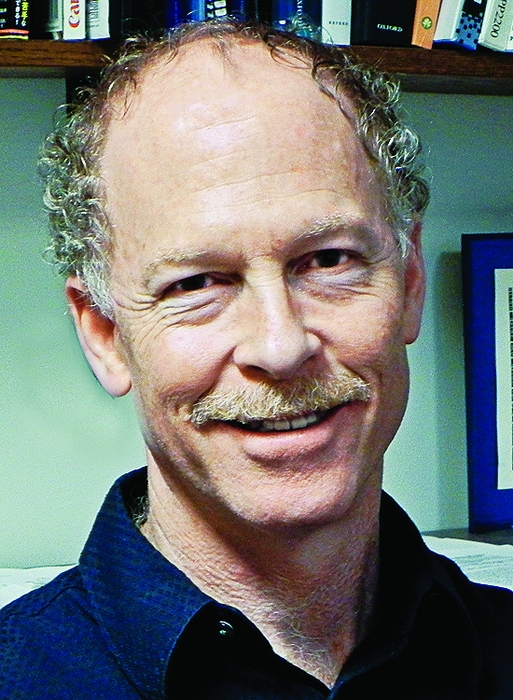 Keith A. Nelson has made a career of being in control. In his quest to understand how light interacts with matter, he has developed methods for controlling and manipulating laser pulses that have become indispensable to today’s spectroscopists. Using these methods, he is now controlling and manipulating atoms, ions, molecules, and materials to learn about their collective behavior in solids and liquids.

Essentially, Nelson says, “I want to know how stuff moves around, what are the degrees of freedom involved.” For the Massachusetts Institute of Technology chemistry professor, this can mean investigating light-initiated chemical reactions, structural and electronic changes in materials, and even collective motions in viscous liquids.

“Keith is a true pioneer who has revolutionized ultrafast pulse-shaping techniques,” says Margaret M. Murnane, a University of Colorado, Boulder, physicist and the 2009 winner of the Zewail Award. In pulse shaping, scientists use diffraction gratings and other specialized optics to control the frequency and phase profile of an ultrafast, or femtosecond, laser pulse. Shaped beams, Nelson says, are powerful tools because they can selectively “tap” a molecule or crystalline solid, causing it to vibrate with particular modes. Researchers can then watch the molecule or material vibrate over time and use subsequent pulses to further manipulate its motion.

Nelson, 58, was also the first to use pulse shaping to study the collective motion of atoms in crystals with a technique called impulsive stimulated Raman scattering. This method, first demonstrated in 1985, “is now used by many groups worldwide in applications spanning from physics to chemistry to materials to biology to nanoscience and sensing,” Murnane says. Nelson showed “coherent control” of materials with shaped laser light before the term was even coined, she adds.

Since that time, Nelson has used the stimulated Raman scattering technique to generate intense terahertz waves in solids, and he has developed other pulse-shaping technology for multidimensional electronic spectroscopy. In addition, in the 1990s, his lab produced photoacoustic technology that measures the thickness of thin-film materials with angstrom-level resolution. The microelectronics industry became especially interested in this development, so Nelson cofounded the firm Active Impulse Systems in 1995 to commercialize the technique. Eventually, the company was acquired by Philips Analytical.

Nelson has also excelled at communicating science throughout his career, says Michael D. Fayer, a Stanford University chemist who was Nelson’s Ph.D. adviser. “His high level of excitement is contagious,” Fayer says. “It is impossible to be around him without being charged up with ideas, understanding, and a desire to go out and learn about nature. He is capable of explaining anything to anyone.”

Nelson obtained a bachelor’s degree in chemistry from Stanford in 1976 and stayed there to earn a Ph.D. in 1981. After carrying out a postdoc at the University of California, Los Angeles, in 1982, he joined the faculty at MIT, where he has been ever since.

He is a fellow of both the American Association for the Advancement of Science and the American Physical Society.

Nelson will present the award address before the ACS Division of Physical Chemistry.