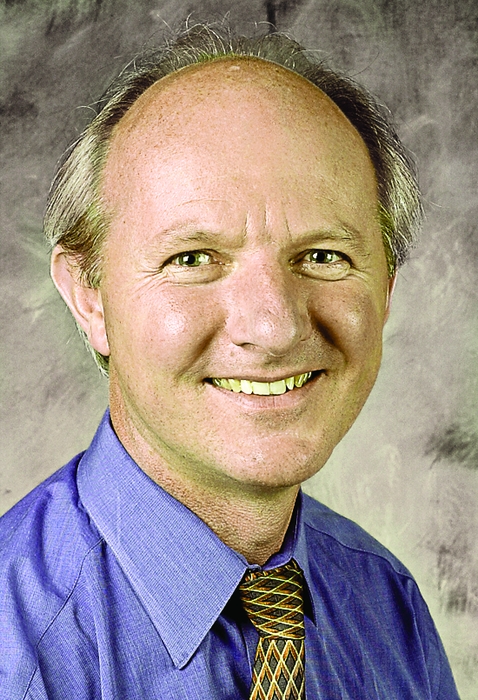 And among the esteemed engineers who have received this award, Michael F. Doherty, professor and chair of the department of chemical engineering at the University of California, Santa Barbara, fits right in.

“Michael Doherty is a rare ideal chemical engineer who is able to take fundamental concepts from chemistry, combine them with advanced mathematics, and then establish new and useful quantitative methods for modern process design,” says John M. Prausnitz, a professor in the Graduate School of Chemical & Biomolecular Engineering at UC Berkeley and himself a winner of this award, in 1979.

The distinguished list of past winners is one reason Doherty describes winning this award as thrilling. “Many of my scientific heroes have won this award. And I have known many of them personally,” he tells C&EN.

A college-aged Doherty was inspired to begin his career in chemical engineering by what was going on in the chemical industry in the late 1960s. “There was a real buzz for new products that the industry was producing,” he says. “It was like the iPad and iPhone back then.

“The industry was transitioning from being fuels-based to making much more complicated molecules,” he continues. “New kinds of polymers and materials for cars, buildings, and furniture. Molecules such as esters and amides.” Building those kinds of molecules and commercially making them—and particularly separating them—was challenging, he says.

The problem of complex separations—for example, those of mixtures with complex phase behavior or azeotropes or in which reactions are also taking place—was a focus of Doherty’s while he was a professor at the University of Massachusetts, Amherst, from 1977 to 2000. Early in his career at UMass, Doherty says, one of his graduate students, Domingos Barbosa, worked out “an absolutely beautiful thermodynamic theory of what happens when you carry out reactions and separations simultaneously.” Doherty says, “This work really moved my research focus in that direction, where we worked for 15 years.”

It was also during his time at UMass that Doherty collaborated with Michael F. Malone, now vice chancellor for research and engagement at the university, on many research projects and in particular on a textbook that colleagues call “acclaimed” and “definitive.” The textbook,“Conceptual Design of Distillation Systems,” incorporates Doherty and Malone’s years of research in complex separations systems into a distillation design methodology.

Doherty is now at UC Santa Barbara, where he joined the faculty in 2000 and became chair of the chemical engineering department in 2008. His research now focuses on crystal engineering, particularly on new methods to predict and control crystal shape, which has applications in the pharmaceutical and life sciences industries.

Doherty will present the award address before the ACS Division of Industrial & Engineering Chemistry.