PerkinElmer Lends A Hand In Japan

TESTING
[+]Enlarge
Credit: PerkinElmer
Researchers in Japan assess the effectiveness of nuclear cleanup efforts with the help of PerkinElmer instruments. 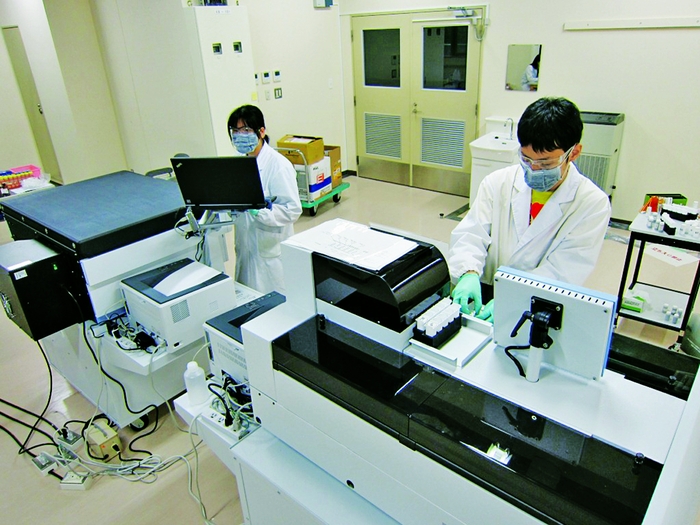 Credit: PerkinElmer
Researchers in Japan assess the effectiveness of nuclear cleanup efforts with the help of PerkinElmer instruments.

A few weeks after the earthquake and nuclear disaster that befell Japan last March, instrument maker PerkinElmer lent Japanese researchers equipment for measuring radiation. The move helped the scientists kick-start research projects about the extent of the contamination from the damaged Fukushima nuclear power plant.

Researchers used PerkinElmer tools to map out radioactive contamination. The instruments also played a role in the development of protocols for removing contaminated topsoil in public areas such as school yards and playgrounds.

Mapping out the parts of Japan that are actually contaminated by radiation is of utmost concern in the densely populated country. In the weeks and months after the nuclear accident at Fukushima, the Japanese public loudly second-guessed government decisions to cordon off certain parts of the country but not neighboring ones.

“It’s up to the government to decide which criteria they deem most important,” says Daniel R. Marshak, PerkinElmer’s chief scientific officer. “Academics assess objectively and provide an unbiased opinion, perhaps more authoritatively than what the government or electricity companies can put forward.”

In the days after the earthquake, “it was very important for us to provide a good indication of where low-dose radiation areas were to reassure local citizens of their safety,” says Yoshitaka Takagai, an associate professor of analytical chemistry at Fukushima University. Acting without a government mandate, Takagai and collaborators independently produced the first map of radioactive contamination shortly after the accident.

Since the March tragedy, Takagai’s research group at the university’s Faculty of Symbiotic Systems Science has also been busy independently assessing decontamination efforts at government-run school grounds. By measuring radiation before and after decontamination, Takagai says, his group has been able to confirm the efficacy of the methods used and to reassure parents. Takagai’s group is now testing the effectiveness of decontamination by high-pressure water sprayers.

The instruments contributed by PerkinElmer cost in excess of $50,000 apiece, Marshak estimates. If the company had not proactively made its equipment available, researchers would have had to file grant applications with their funding agencies in Japan—a time-consuming process, he says. Time was of the essence, he adds, because delays would have squandered the opportunity to measure unstable uranium and plutonium isotopes.

“I do think there would have been much more confusion without PerkinElmer’s equipment,” Takagai says. “During our contamination survey from June though August, soil samples were assembled at Fukushima University, but we could not choose where to start. In this situation, PerkinElmer’s gamma-ray counter was very useful for us to prioritize the sampling order since our germanium semiconductor detector takes a long time to provide a measurement.”

In addition to Takagai’s group, PerkinElmer sent instruments to the University of Tokyo’s Radioisotope Center, which also measured contamination in affected areas. The center developed methods for detecting radiation in soil, water, and food; it also guided the development of decontamination methods.

In the immediate aftermath of the earthquake, Marshak recalls, PerkinElmer’s priority was to assess if any of its employees or their families had been injured. After that, the company went on to find out whether its customers, suppliers, and other business partners had been negatively affected. It was at this point that PerkinElmer started looking for ways to assist Japan’s recovery.

“We’re a leading provider of these instruments; therefore, we have a responsibility to provide when there’s an acute need,” Marshak says. In this regard, he notes, it was fortunate that Perkin­Elmer has a corporate presence in Japan. Had the company been selling in Japan through a network of distributors, it would have taken longer to determine who most needed the tools, he believes.

Although the environmental study of radiation was a new field to Takagai, he says he had a good idea of the instrument landscape because he is a licensed radiation engineer. “We explained to Perkin­Elmer what our needs were, what we wanted to do, and we asked for devices with the appropriate specs,” he recalls. After lending the instruments, PerkinElmer has provided “generous” technical support, Takagai adds.

PerkinElmer, Marshak says, was motivated by a genuine desire to help. The company has an altruistic streak, he claims, noting that employees worldwide can take paid days off to do community work. “Obviously, we wish to have a strong business in Japan, but our effort to lend instruments to Japanese researchers was not related to that,” he says.

Nevertheless, PerkinElmer’s generosity could turn out to be a profitable business move. “The installation of the gamma-ray counter has brought us many visitors from several local governments and organizations,” Takagai says. “Many of them wished to purchase these instruments and wanted to see an on-the-spot demonstration.”

Business
Instrument Makers Looked To Diagnostics
Business
Patrick Treado
Business
Company Of The Year
Share X
To send an e-mail to multiple recipients, separate e-mail addresses with a comma, semicolon, or both.
Title: PerkinElmer Lends A Hand In Japan
Author: Jean-François Tremblay
Chemical & Engineering News will not share your email address with any other person or company.