The Quantum Side of Photosynthesis 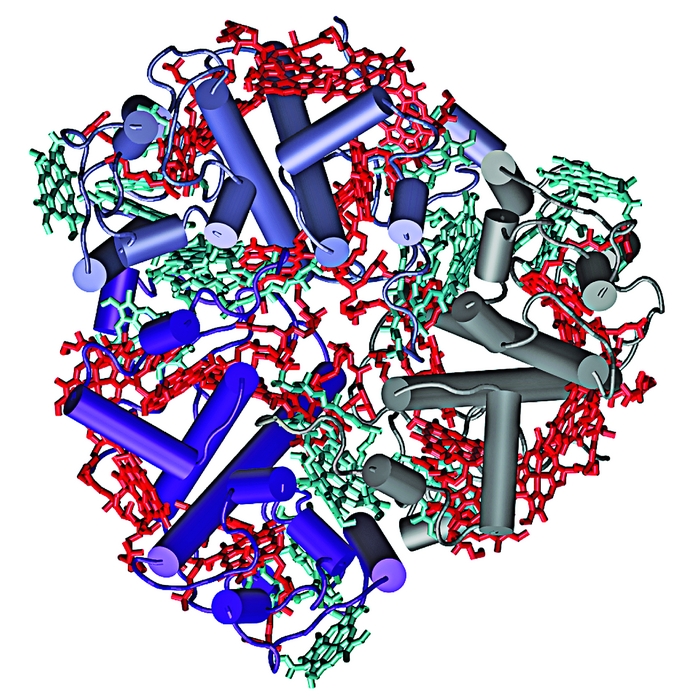 Few scientists would look for quantum mechanics at work in machinery as complex as that of photosynthesis, with multitudes of jiggling, membrane-bound proteins anchoring even more light-absorbing chromophores. But evidence is mounting that photosynthetic organisms may, in fact, capitalize on quantum effects to harness the sun’s rays.

Quantum effects may help explain the high efficiency of photosynthesis, in which more than 95% of photons absorbed by a cell serve to reduce carbon dioxide. They may help to make the light-harvesting systems robust, or they may impart yet-to-be-discovered qualities to the photosynthetic system.

Researchers are only now beginning to observe quantum effects in photosynthesis directly in experiments, and their precise role in cellular energy transfer is still up for debate. Understanding the phenomenon in photosynthesis should aid the design of other energy-transfer materials and systems.

Photosynthesis takes carbon dioxide, water, and sunlight and turns them into sugar and dioxygen. The process starts in an organism’s light-harvesting complexes, which are arrays of so-called antenna proteins. These proteins anchor masses of chromophores such as chlorophylls, linear tetrapyrroles, and carotenoids. The chromophores absorb light and funnel the energy to a separate chlorophyll-protein complex known as the reaction center, which transforms the energy into chemical form.

When chromophores absorb photons, electrons jump from ground to excited states. The classic view of energy transfer is one of repeated absorb-and-fluoresce steps as energy shuttles from one chromophore to another en route to the reaction center. The chromophores are isolated from each other, each doing its own thing without outside influence.

The quantum view suggests that chromophores link electronically so that their excited wave components synchronize with each other, a phenomenon called quantum coherence. Coherence would enable the light-harvesting complex to simultaneously explore all possible routes and settle on the most efficient energy path from the first chromophore to the reaction center.

The researchers were surprised to find that the protein matrix that houses the chromophores appears to promote coherence. They had expected that the random thermal motions of proteins in living cells would instead cause decoherence. But the protein appears to tune chromophores’ polarizations and dipoles, adjusting how electronic waves may overlap. And recent work from Engel’s group indicates that energy can trade reversibly between a protein and its chromophores, suggesting the protein may play a direct role, not just a supporting one, in quantum energy transport (Proc. Natl. Acad. Sci. USA, DOI: 10.1073/pnas.1105234108).

Engel describes the protein as enabling the chromophores’ interaction, just as a solvent would enable reacting molecules. “Within a protein complex,” he says, “nature has had the opportunity to design a solvation shell around a molecule, perhaps tuning the collective excitation.”

Coherence may contribute to photosynthetic efficiency, but how much is up for debate. Efficiency may not even be the right metric by which to gauge the importance of coherence, Scholes says. “We need to see how it modifies the mechanism,” he says.

Another role that coherence might play in photosynthesis is to make the light-harvesting complexes more robust. Instead of an entire complex coming down when one chlorophyll is damaged, ­Scholes says, coherence could reroute energy around a damaged site.

Nature may not have optimized antenna proteins for coherence at all, Scholes adds. Instead, coherence may just be a useful by-product. Evolution has selected photosynthetic organisms that can absorb as much light as possible, which has meant packing as many chromophores as possible—up to a concentration of 0.5 M—in organisms’ light-harvesting centers. But to avoid quenching, the molecules must stay in precise positions. Coherence may simply be the unavoidable consequence of how evolution packed the chromophores, Scholes says.

Quantum coherence could exist in other biological systems. Researchers may have found quantum evidence first in photosynthetic systems because they can easily initiate reactions with a laser pulse and set off an entire ensemble of proteins behaving coherently at the same time, Engel says. As a result, he adds, his team can see effects that would otherwise average out.

Further research will help researchers understand whether and how nature has promoted quantum effects in biology. And that understanding will likely guide design of photosynthesis mimics, as well as other nanoscale and polymer systems that control the environment around molecules to produce a desired function.