Rap-Powered Sensor, Spice For The Skin

[+]Enlarge
Credit: Birck Nanotechnology Center/Purdue
Groove to the beat: This implant already does. 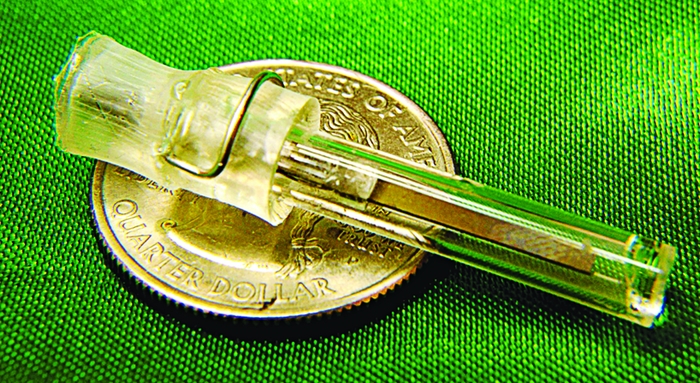 Credit: Birck Nanotechnology Center/Purdue
Groove to the beat: This implant already does.

Implantable medical devices such as pacemakers and glucose monitors might, in the future, get a little help from Jay-Z and Kanye West. That’s because the rappers’ music contains deep beats—at a frequency around 500 Hz—that can charge an implantable medical sensor recently developed at Purdue University.

Low-energy implantable devices are typically powered in two ways, says Babak Ziaie, a professor at Purdue’s Birck Nanotechnology Center and head of the team responsible for the new rap-powered sensor. The first way is with a battery. Pacemakers use them, Ziaie says, but batteries are large and have to be replaced from time to time. The second way is with a magnetic field. ­Cochlear implants run via magnetic fields, for instance, but those devices need to be very close to a receiving instrument and oriented in a specific direction, Ziaie adds.

Rather than running on a battery, the new implant draws its power from sound, which can easily travel through tissue. It also doesn’t need to be precisely oriented, Ziaie explains. The professor, along with Ph.D. student Albert Kim and research scientist Teimour Maleki, presented their invention on Jan. 30 at the IEEE International Conference on Micro Electro Mechanical Systems in Paris.

The researchers’ sound-charged sensor generates power with a cantilever made of lead zirconate titanate, or PZT. PZT has piezoelectric properties, which means that it generates a charge when deformed. As sound waves of the appropriate frequency hit the cantilever, it vibrates and charges a capacitor. Once the sound stops, the charge helps broadcast information collected from the sensor portion of the device to a receiving instrument nearby. A plain sound around 440 Hz could charge the research team’s device, but the scientists decided to get more creative, Ziaie explains. They tested the sensor with rock, jazz, rap, and classical music to see which produced the best result. Rap passed with colors that were, indeed, quite fly.

The rap-charged device was developed to monitor pressure in the bladders of incontinent patients. But the implant’s sensor portion, which is a ferrite-based pressure detector, can be swapped with anything that measures a change in capacitance or inductance, making other types of measurements possible, Ziaie says.

The team will try to further miniaturize the implant—now about the size of a quarter—with the eventual goal of making it small enough to be used anywhere in the body, Ziaie says. The group will also look into other materials more biocompatible than PZT, which contains lead.

[+]Enlarge
Credit: Shutterstock
Tasty treatment: Cinnamon is the spice of life—for your skin. 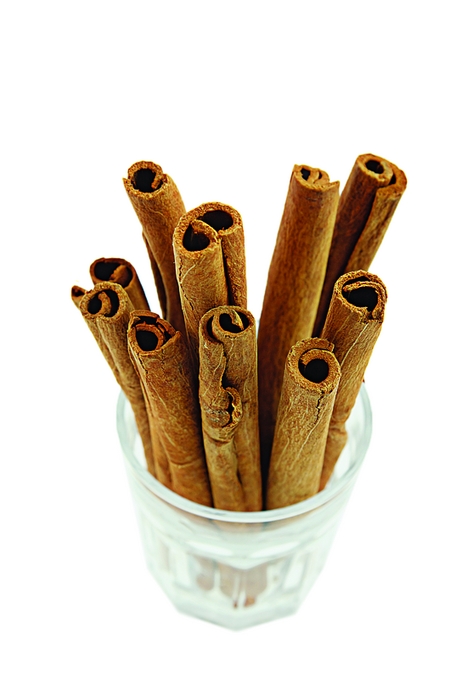 Credit: Shutterstock
Tasty treatment: Cinnamon is the spice of life—for your skin.

By the time doctors are prescribing rap music to charge patients’ implanted devices, beauticians might be prescribing cinnamon to slow the hands of time. Researchers at Osaka Prefecture University, in Japan, have demonstrated that compounds found in the spice can help regenerate collagen in skin (J. Agric. Food Chem., DOI: 10.1021/jf2043357).

Collagen is a structural protein that plays an important role in maintaining the qualities of skin. During the aging process, collagen networks fall apart, reducing the skin’s elasticity and leading to wrinkles. As people age, collagen synthesis slows, and broken networks are left unrepaired. After adding certain compounds found in cinnamon to skin cells in vitro, the researchers found that the rate of collagen synthesis in the cells increased. The positive effect was traced mainly to the compound cinnamaldehyde.

The effect, the researchers say, is due to cinnamaldehyde’s ability to activate the insulin-like growth factor-I pathways in the body that are involved in the synthesis of collagen in the skin. So spicing things up a bit might someday be how Newscripts readers keep wrinkles at bay.