The story of a presidential science debate that floundered, yet elucidated challenges that science faces today 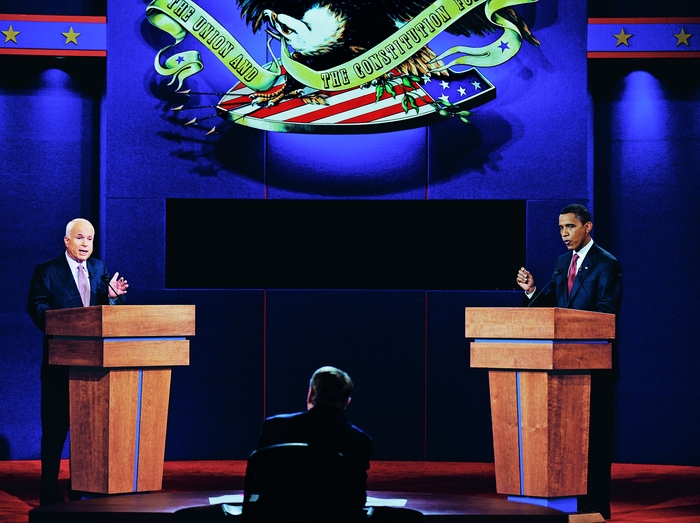 During the 2008 presidential election, a grassroots coalition of scientists, engineers, institutions, policymakers, and science advocates came together under the name Science Debate 2008 to call for a televised debate on science and policy. The group petitioned the candidates—then-Sens. Hillary Clinton, Barack Obama, and John McCain, as well as former Arkansas Gov. Mike Huckabee—to participate. The campaigns had hardly discussed science. Of the 2,975 questions journalists had asked the candidates by Jan. 25, 2008, only six referred to global warming or climate change; three questions involved UFOs. 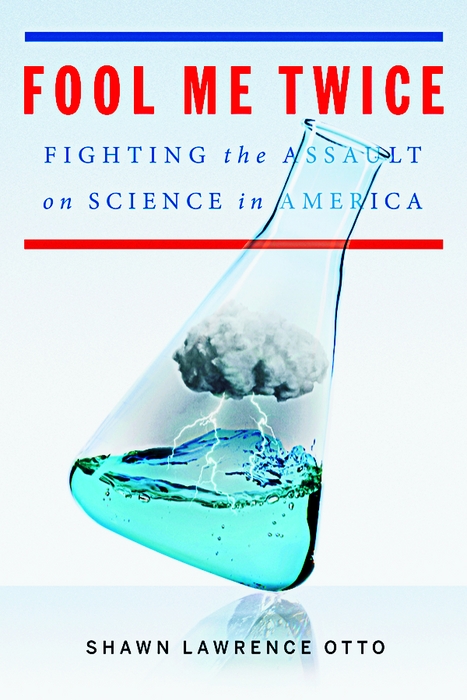 The candidates refused or ignored the requests for a televised science debate, and the media took little notice of the group’s efforts. After multiple attempts, Science Debate 2008 finally convinced then-party nominees Obama and McCain to participate in an online debate with the debaters offering written statements answering 14 questions involving science—a small victory.

The difficulty of the process and the near taboo of discussing science, which seemed to grip policymakers and the media alike, compelled Shawn Lawrence Otto, chief executive officer and cofounder of Science Debate 2008—now known as ScienceDebate.org—to write “Fool Me Twice: Fighting the Assault on Science in America.” The book delves deep into the history of the interface of science with policy, economics, and society, digging into such hot-button topics as evolution, national defense, climate change, and vaccination.

The book opens with this quote from Thomas Jefferson: “Whenever the people are well informed, they can be trusted with their own government.” According to Otto, the current state of Americans’ views and understanding of science may be inadequate for a functioning government. At a time when the science and technology enterprise is growing exponentially and bringing the world closer together, only about 2% of the members of Congress have any sort of scientific background, Otto observes. The breakneck growth in knowledge in the past century has made it increasingly difficult for the average citizen to keep up, Otto says, and unless citizens make a valiant effort to be well versed in science, they can be prone to misinformation and manipulation by various interests.

Scientific research can provide policymakers with knowledge about important problems and possible solutions, but Otto does not see policymakers using this knowledge to inform their decisions. Rather, he sees opinion and ideology taking precedence over scientific facts. This trend, he says, accelerated after the 2008 Great Recession prompted many news organizations to dump science journalists from their staffs. Filling the gap are well-intentioned, but misguided, nonscience journalists who, in attempting always to show both sides of a story, are taken in by fringe experts whose beliefs lie well outside the scientific consensus. The results, Otto says, are overblown “science controversies” on such topics as climate change and whether vaccines play a role in causing autism.

The book is divided into five parts: The first, “America’s Science Problem,” describes the events surrounding Science Debate 2008 and then moves into the issues and frustrations that plague scientists and their advocates. The second, third, and fourth parts discuss the science politics of the past, present, and future, respectively. In part five, Otto offers possible solutions to what he perceives as an assault on science, but many of his suggestions may be more optimistic than practical. However, his advice to scientists and science advocates on how to effectively communicate science is helpful.

Like all books about politics and controversy, “Fool Me Twice” includes passages that readers may find offensive or questionable. Some people may deem it illogical to mix politics, a realm of opinion and rhetoric, with science, which functions on facts and data. Some may find it hard to consider politics and science as interconnected. When people ignore this interface, Otto suggests, they find themselves blindsided when policy decisions are made against science-based recommendations.

Otto says the practice of science is anti­authoritarian, because the knowledge and guidance it provides is independent of authority—No one can proclaim that water is not made of two hydrogen atoms and one oxygen atom and make it so. However, science creates knowledge, and because knowledge is power, the practice of science affects the distribution of power and is thus inherently political, he argues. For example, Galileo’s proof that Earth revolves around the sun was an act of science, and because it challenged the beliefs of the ruling authority at the time—the Catholic church—Galileo was placed under house arrest. Simply by writing a few observations about the solar system seen from a telescope, Galileo had acted politically.

Although science is political, Otto emphasizes, it is not partisan. Science in and of itself does not follow a party line, and Otto criticizes both the political left and right for the antiscience positions they hold. Antivaccine activism, New Age mysticism, and postmodern philosophy on the left, and climate-change denial and rejection of evolution on the right, are just a few of the trends that the book states are perpetuating the “assault on science.” The attack, Otto says, comes in the form of a decentralized, yet somewhat organized, attempt by various groups to subvert or challenge the value of science in the public sphere and reduce the power of its practitioners. Although few of these groups have solely malicious motives, their actions cause inaction on problems in need of scientific solutions. The book calls for scientists to push for greater emphasis on the scientific method in the creation of policy.

Much of “Fool Me Twice” explores why such challenges to scientific information exist and what, historically, led to the current public perception and valuation of science. Otto often cites the atomic bomb and the politics of the Cold War as reasons for public mistrust of science. So too are accidents and misuse of pharmaceuticals and chemicals. The challenges science faces today, Otto asserts, are not single problems with simple solutions.

Otto wonders whether scientists and science advocates need to look inward to examine the cause of the gap between science and public opinion and policy. It is far too easy, he says, for scientists to retreat into the cocoons of academia and industry and avoid engaging with the public altogether. White lab coats have become a symbol of distant, emotionless authority, Otto notes. The low regard scientists often have for public outreach efforts, Otto says, needs to change to ensure that the general public—as well as future generations—will engage with science and its process.

“Fool Me Twice” is a worthwhile read for scientists and laypeople alike. Even if one disagrees with Otto’s opinions, he raises important questions about the future of politics and science, as well as the importance of fostering science communication in America. The book is not perfect. Some chapters can be arduous, and Otto occasionally falls into a tone that may offend or annoy some readers. He is prone to using clichés and sometimes presents arguments that seem a tad exaggerated. Nonetheless, the book is engaging.

Science Debate 2008 came and went; perhaps something better will take place in 2012. Yet again, Otto and ScienceDebate.org are calling for candidates to debate science and policy. Perhaps this time the candidates will engage in a true—and hopefully televised—discussion of science. I would not, however, recommend holding your breath.

Policy
Communicating science effectively to the public
Policy
Improved literacy unlikely to improve support for science
Policy
Do You Hear An Echo?
Share X
To send an e-mail to multiple recipients, separate e-mail addresses with a comma, semicolon, or both.
Title: Science Is Political
Author: Nader Heidari
Chemical & Engineering News will not share your email address with any other person or company.

Comments
Jean Sommer (March 5, 2012 4:14 AM)
It is quite difficult to understand that U.S.,the country which has by far the largest number of Nobel laureates and scientists in the world, has also the largest number of citizens ready to accept and cling to unscientific beliefs. A huge effort of communication is necessary from part of scientists to challenge beliefs which are difficult to oppose with scientific methods. It seems that obscurantism is progressing proportionally to scientific progress.
Reply »