ACS Award For Encouraging Women Into Careers In The Chemical Sciences 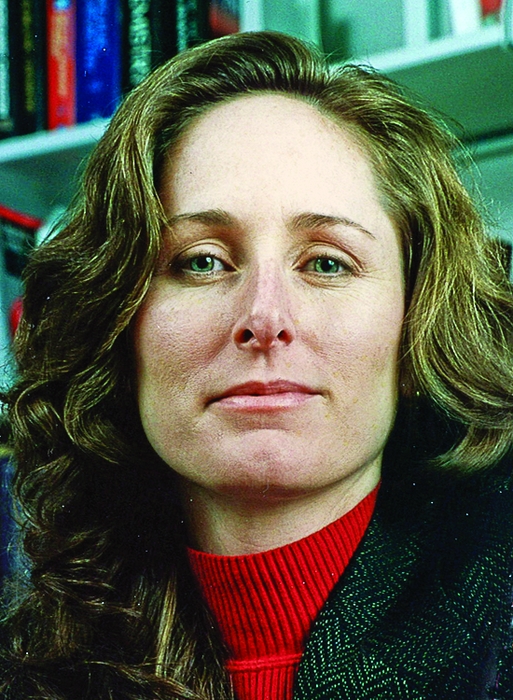 Ohio State University chemist Heather C. Allen remembers the moment when an instructor’s encouragement changed the direction of her life. She was sitting in chemistry class at Saddleback Community College in Mission Viejo, Calif., where she had enrolled in her late twenties after working as a waitress, an aesthetician, and a medical assistant, among other jobs. When the professor encouraged members of her small class to apply for a science fellowship, she remembers thinking, “Maybe he is actually talking about me.” It was the first time she visualized herself as having the potential to become a scientist, she says, having grown up in a family that prized getting a job over higher education.

Allen won the fellowship and went on to earn her B.S. and Ph.D. in chemistry from the University of California, Irvine. Now, as a decorated chemistry professor at Ohio State, she awards annual science scholarships to promising female middle school and high school students. She often thinks about that day in Mission Viejo. “Ever since then, I’ve wanted to play a bigger role in motivating women in science, especially women for whom these channels are not usually open,” she says.

Allen helped establish the science scholarships as part of her decadelong participation in the annual Columbus Young Women’s Empowerment Conference. The conference brings together hundreds of pairs of teachers and students from public schools in the Columbus, Ohio, area for workshops on math, science, and engineering. Inspired by the potential to encourage young women from low-income and racially diverse backgrounds to pursue science, Allen successfully proposed a scholarship fund to her dean at Ohio State. Now students attending the conference can enter an essay contest to win one of three scholarships to the university of about $1,000 each.

Judging the essays and presenting the award to the winners for the past eight years has moved Allen. “It mirrors my own experience,” she says. “Some of the recipients have been so in awe of winning something that says they should go to college.”

Allen, who is 52, has also mentored scores of undergraduate and graduate students in her lab, where she studies molecular organization at interfaces as diverse as those on cloud droplets and the lining of the lungs. Listening to her students, she says, is as important as stoking their interest in science. She is particularly sensitive to young women who, like her, have grown up without professional women role models. “They’re not sure they belong here,” she says. “I try to instill motivation, confidence, and direction. If they own it in their mind, it’s possible.”

Man Xu, a postdoctoral associate at Pacific Northwest National Laboratory, received her Ph.D. under Allen’s direction in 2008. “Without Dr. Allen, I would not be where I am,” Xu says. “Her continual encouragement and insightful advice have helped me overcome my shyness and become more self-confident.”

Allen continues to mentor her students long after graduation. “I take a lot of pride in seeing them move on, knowing that they can impact others in a positive way,” she says.

Allen will present the award address before the ACS Women Chemists Committee.

Awards
Zaida Morales-Martínez wins mentoring award
Education
Annette Raigoza
Careers
Encouraging Girls In Science
Share X
To send an e-mail to multiple recipients, separate e-mail addresses with a comma, semicolon, or both.
Title: ACS Award For Encouraging Women Into Careers In The Chemical Sciences
Author: Deirdre Lockwood
Chemical & Engineering News will not share your email address with any other person or company.