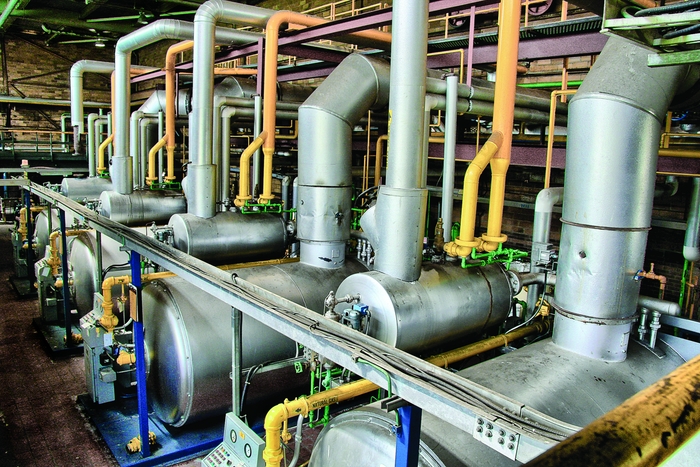 After years of delay, the Environmental Protection Agency has finalized tough air pollution standards for large industrial boilers found at oil refineries, chemical plants, and other manufacturing facilities. But the soonest the rules can take effect is 2016.

For the first time, the steam-producing systems used to generate heat and power will face strict limits on emissions of mercury, acid gases, and fine particulate matter such as soot. The regulations are expected to reduce mercury emissions by 1.6 tons per year, or about 3% initially, for instance. EPA, however, will give boiler operators three years to meet the standards, with the option to request an additional year.

EPA first sought to regulate boiler emissions in 2004. But a federal appeals court in 2007 struck down the agency’s original standard, saying it violated the Clean Air Act. The rule was reissued in 2011 but industry groups blasted that version, arguing its emission limits were unachievable. EPA agreed to revise the measure after gathering additional data from industry.

“We appreciate EPA’s thoughtful consideration of these rules and willingness to make sensible changes,” says the American Chemistry Council, a chemical industry trade group. “While we need to review the rules for technical details, it appears that a number of improvements have been made.”

The changes will require pollution controls at about 2,300 of the largest and highest-emitting boilers nationwide. Another 197,000 smaller boilers will be able to meet the rule by conducting periodic maintenance or routine tune-ups, EPA says.

Although the most restrictive emission limits will affect less than 1% of the nation’s nearly 1.5 million boilers, they will impose major costs on the U.S. manufacturing sector. Industry will have to spend between $1.3 billion and $1.5 billion annually to meet the standards, according to EPA estimates.

However, the agency says the emission reductions brought about by the new rule will thwart up to 8,100 premature deaths, prevent 5,100 heart attacks, and avert 52,000 asthma attacks each year.

The new standards will encourage U.S. industry to use cleaner-burning fuels and to make improvements in energy efficiency, says James Bradbury, senior associate at the World Resources Institute, a think tank. “This is good news for the manufacturing workforce, for public health, and for the climate,” he remarks.

Comments
W. Randall Rawson (January 8, 2013 12:10 PM)
The Final Industrial Boiler MACT rules, as released by EPA on December 20, 2012, are light-years ahead of its original March 2011 proposals in compliance latitude and flexibility, allowing for far more affordable compliance options than ever before, and embracing approaches to air toxics that, as EPA put it, “recognize the diverse and complex range of uses and fuels” in the “real-world operating conditions of specific types of boilers.” Part of the compliance flexibility is extended dates for compliance that make observance almost fool-proof – clearly they are compliance dates that the American boiler industry can and will respond. As with every other recent permutation of its Industrial Boiler MACT standards, EPA’s newest iteration – as released December 20, 2012 -- are boiler room specific. As such, how much investment will actually be needed to comply with the final rules will depend entirely on the age and condition of each boiler room to which the new rules may apply and to what extent they may apply. The numerical limits that do apply to boilers are completely achievable in most conditions and, when applied to boiler-room specific situations, will be far more affordable than detractors maintain. The vast majority of existing commercial and industrial boilers have been taken out of the mix because of the fuel they fire; those remaining that will have to meet specific emissions limits should find them even more achievable and affordable than in previous Industrial Boiler MACT rules. There is nothing about the December 2012 final rules that render them unachievable or unaffordable and there is nothing contained in the new rules that threatens jobs. The over 100 small-business, domestic manufacturer and supplier members of the American Boiler Manufacturers Association (ABMA) – the companies that actually design, manufacture and supply the boiler, boiler-related, emissions-control and combustion equipment that will be called on for compliance with these rule and that actually know something about the technologies required -- have been ready and able since December 2011 to assist boiler users in developing innovative and affordable boiler-room-specific solutions to Industrial Boiler MACT challenges with myriad types of clean, efficient, fuel-flexible, affordable and technologically-advanced products and equipment. Boiler manufacturers congratulate EPA on its grasp of detail and its understanding of boiler operational complexity and variability as reflected in these new December 2012 rules. The December 2012 final rules represent a dramatic swing away from earlier more rigid rules and an embrace of the basic differences between boiler types, boiler fuels and their respective application. EPA has obviously immersed itself in boiler technology and in the constructive comments of those who routinely use and apply boiler technology; EPA has now crafted a set of air toxics rules that not only continue to protect the public health and welfare but do so with even more common-sense and adaptability. Anyone, any politician or any special interest group that finds reason to make a fuss over these new final rules, just doesn’t get it. There is identifiable work to be done to clean toxics out of the industrial setting, and these rules go about mandating that work in the least offensive and least disruptive way, and will result in job creation in compliance-related industries. The ABMA is hopeful that these December 2012 rules will at least begin to instill certainty in the market place and vanquish as much as is ever possible the indecision and doubt that has plagued both manufacturers and boiler users since the issue of industrial boiler air toxics was first raised over a decade ago.
Reply »