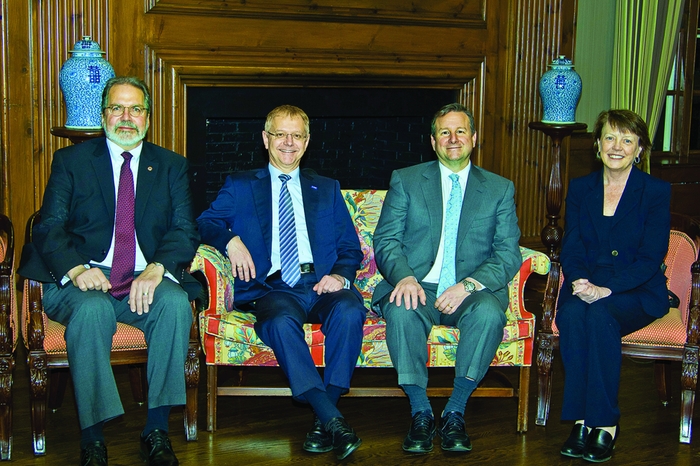 Stepping up its research ties in the U.S., the German chemical giant BASF has established an advanced materials R&D initiative with three Massachusetts universities. The collaboration is one of several broad alliances to be formed in recent years between leading chemical companies and U.S. academic institutions.

Called the North American Center for Research on Advanced Materials, the initiative joins BASF with Harvard University, Massachusetts Institute of Technology, and the University of Massachusetts, Amherst. It builds on a 2007 research pact between BASF and Harvard devoted to the study of biofilms and chemical formulations for drugs, foods, and cosmetics.

The new five-year venture will create about 20 postdoc positions at the three schools. A major goal is development of products, including nanostructured polymers and bioinspired materials, for the auto, construction, and energy industries. BASF isn’t disclosing the size of its investment; it committed $20 million to the earlier research pact with Harvard.

Just as chemical companies are turning to academia as a source of science, universities are seeking new sources of research funding. At UMass Amherst the partnership with BASF is part of a new innovation institute charged with connecting the school and private business. In its first year the institute generated $14.3 million in industry research awards, and it is targeting $30 million in industry-supported research within five years.

James D. Capistran, executive director of the UMass institute, says the partnerships help commercialize research that otherwise would languish in university labs. Part of his job, Capistran adds, is to make sure the partnerships are good for UMass faculty and their students. “If it can’t benefit them, then we don’t do it,” he says. “We don’t want to become an industry development lab.”