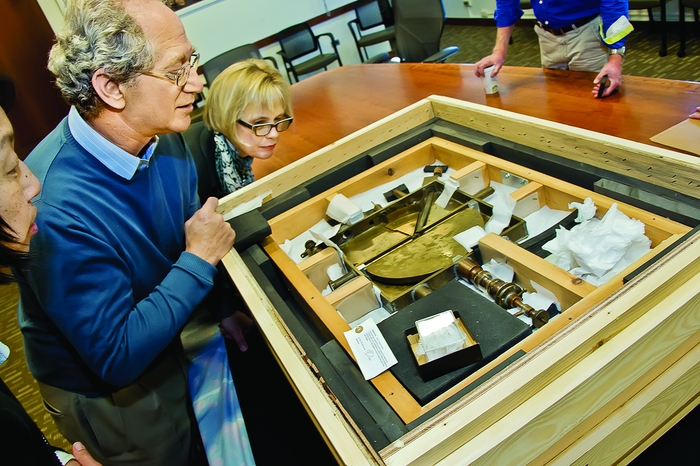 When Ernest O. Lawrence lent a cyclotron to London’s Science Museum in 1938, he thought it would be back in eight months.

But it took 75 years for the 11-inch cyclotron, one of the first built by the future Nobel Prize winner, to return to the hills of Berkeley, Calif., where it was created.

The cyclotron survived a war, a bureaucratic tussle, and a security challenge before it finally came to rest last month at Lawrence Berkeley National Laboratory (LBNL), the research institution founded by its inventor.

When it arrived, the particle accelerator was an instant celebrity, drawing crowds as though Lawrence himself had walked in for a photo op.

“People were coming down the hallway in a stream,” says Pamela Patterson, who serves as an unofficial historian and manager of the lab’s website. “Everyone was there. The director had his iPhone up taking pictures. It was cute.” 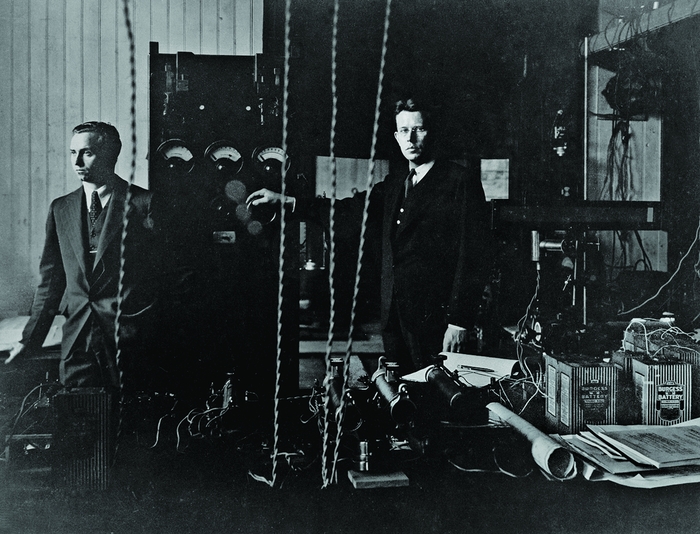 In 1939, just about the time that the cyclotron was supposed to be returned, Lawrence received a letter from the museum saying officials had moved the cyclotron to a rural district for safekeeping because they feared London would be bombed during World War II.

Lawrence thanked the museum’s director for protecting the cyclotron. “We all hope the war will not last long and that soon the world will return to sanity again,” he replied.

Instead, World War II went on for seven more years, Patterson explains. “The cyclotron was just forgotten,” she says. 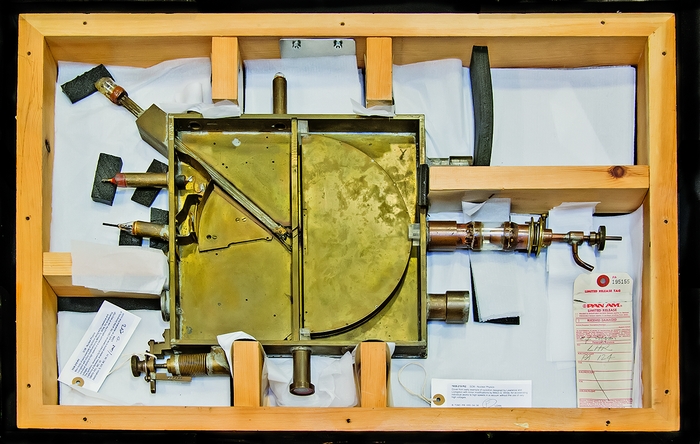 But not by everyone. Patterson started her quest for the device’s return 18 years ago, when the president’s office at the University of California which operates LBNL for the Department of Energy, asked her to take up the challenge.

At first, the Science Museum wanted to keep the cyclotron, in part because officials there couldn’t decide whether they should return it to DOE or to the university.

Patterson thought she was home-free, though, once the museum finally agreed to return the prized device in 2010. That’s when she got the call that the cyclotron was a security threat and that customs had stopped it at the border. “I said, ‘Have you looked at it? It’s obviously not working. It’s a historical piece,’ ” she remembers.

After a year and a half of appeals from DOE and the university, the cyclotron was finally deemed safe to return home. It is now on display in LBNL’s main building.

And Patterson can finally rest. The lab deserves to be home to this important piece of science history, she says. “The cyclotron is such a consummately American invention. It spawned a golden age of physics here.”

To read the cyclotron's patent and see Lawrence describe how the device works, go to http://cenm.ag/cyclo.

The U.S. House of Representatives is hoping to spawn its own golden age of science with a contest to honor science, technology, engineering, and mathematics (STEM) students.

Modeled on the Congressional Art Competition, this annual STEM competition would allow members of the House to laud work by budding scientists. They would host a science competition in their home district and then bring the winning entries to Washington, D.C., where the projects would be recognized by the House.

The bill creating the STEM competition, sponsored by Rep. Candice Miller (R-Mich.), chair of the House Administration Committee, passed the House last month. “Although small,” she says, “I believe this competition is an important step toward raising national awareness and inspiring today’s youth.”

Maybe the creator of the next-generation cyclotron will be among the winners.