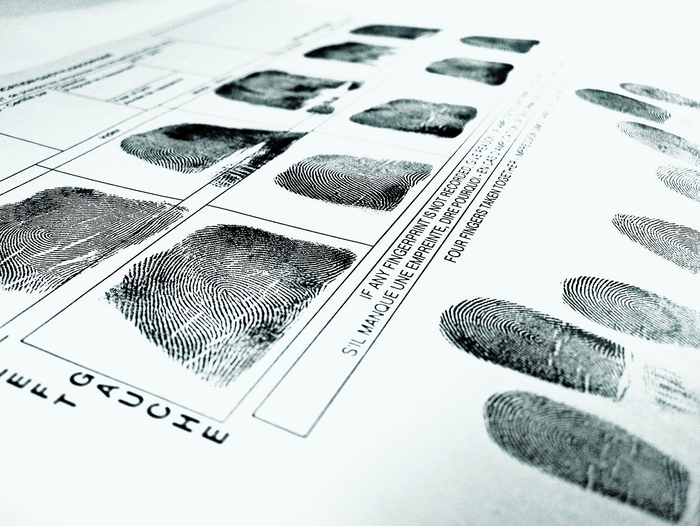 Reggie B. Walton has been a federal judge for 11 years, and before that he was a superior court judge, a federal prosecutor, and a public defender. For most of his 38-year career he was convinced he had never sent an innocent person to jail.

That changed in 2009, when the National Research Council (NRC) released a report that undercut much of forensic science. The techniques Walton had relied on during his legal career—fingerprint analysis, ballistics, hair and fiber identification, and more—were found to be lacking a basis in science. “My faith in whether I may have unintentionally played a role in a wrongful conviction was shaken,” he said at last month’s American Academy of Forensic Sciences (AAFS) annual meeting in Washington, D.C.

Forensic evidence has continued to be used in the nation’s courtrooms in the years since, but no one can know for certain whether the techniques are reliable—or how many innocent people have been wrongly convicted. Those inside and involved with the forensic science community are pushing for changes that will either demonstrate their techniques have a basis in science or prove they are not valid.

Four years after the NRC report was released—and nearly as long as the White House has been studying it—the federal government has taken its first official steps to address the problem. The Department of Justice (DOJ) and the National Institute of Standards & Technology (NIST) have joined forces to create a National Commission on Forensic Science. That body will recommend guidelines for federal, state, and local forensics laboratories, as well as design policy on ethics, training, and certification for forensics professionals.

Walton and many of the other attendees at the AAFS meeting were excited to hear about the forensics commission and think it is a good first step toward fixing the problems plaguing forensic science.

After years of frustration over the slow federal process, they want to make sure the forensics commission has the financial support and enforcement power necessary to lead to real changes in forensic science in the lab and in the courtroom.

The forensics commission will consist of 30 members from throughout the legal, law enforcement, and science communities. People interested in being on the commission can nominate themselves; the selections will be made by officials at DOJ and NIST—the two agencies that signed a formal agreement creating the commission.

New reforms will place 21 groups that make many of the recommendations for forensics reform—previously called scientific working groups—under the National Institute of Standards & Technology. Most of the groups are currently funded by the Department of Justice, but some are funded by other parts of the government or operate completely independently.

Its recommendations for reform will go to the attorney general, who can endorse them for DOJ’s own labs and encourage their adoption by labs associated with the 17,000 individual law enforcement agencies nationwide.

In addition to the new forensics commission, NIST and DOJ agreed that NIST will take over running 21 guidance groups—previously called scientific working groups—that study specific areas of forensic science and make recommendations on best practices. Many of these groups now are funded by DOJ, some by other parts of the federal government, and others are independent.

In the past, the quality of reports from the guidance groups has been mixed. The idea is that NIST, which has set standards in different fields for decades, can help the groups become more consistent in their recommendations and guide their work toward areas of greatest need.

“Let’s expose the scientific bases for what we are doing,” said Kenneth E. Melson, who was cochair of a federal subcommittee examining how to address the NRC report’s recommendations until he retired from DOJ in September 2012. “It is the first step to a lot more federal involvement.”

The forensics commission isn’t exactly what the National Academies panel recommended in its report, “Strengthening Forensic Science in the United States: A Path Forward.”

The panel wanted Congress and the White House to create an independent federal agency to lead forensics reform and fund the necessary research. It said no existing agency has the independence or connections required to overhaul the entire forensics system, which would involve creating standards for forensic disciplines, increasing oversight of labs and individuals, and funding more research into forensic science’s base.

It quickly became clear after the report’s February 2009 release, however, that the Administration and Congress had no appetite for building a new agency, according to observers.

The White House responded in July 2009 by creating a subcommittee of the National Science & Technology Council (NSTC), which operates out of the White House Office of Science & Technology Policy. The subcommittee was tasked to figure out how existing agencies could respond to NRC’s 13 recommendations. The subcommittee brought together 14 federal agencies that run forensics labs and, in a first for NSTC, representatives from outside the federal government. Forensic scientists from 49 states sat on the panel.

The NSTC subcommittee’s charter concluded late last year, but it has yet to release any results of its deliberations. Many in the forensics community are frustrated with how closed the process has been and how long it has taken to get any results.

“It was an incredible amount of work, and it would be a shame if that work didn’t come out at some point,” Dean Gialamas, director of the Los Angeles County Sheriff’s Department Scientific Services Bureau, said at the AAFS meeting. Gialamas was a member of the NSTC subcommittee.

A White House spokesman said the frustration isn’t fair—the subcommittee’s deadline was extended several times to allow it to complete its work, which formally concluded in December 2012. In fact, NSTC is still waiting for the subcommittee’s final product: a white paper laying out the complete suite of forensics reform recommendations.

Melson, the former subcommittee cochair, said everyone involved knew that they would need to wait for NSTC to review and present their results. But during his service, the subcommittee sent several individual recommendations to NSTC. The first of these was issued in spring 2010, and the others were sent over the following several years. The subcommittee never got a response, Melson said.

He’s also worried that NSTC and the White House are not giving the forensics recommendations the priority they deserve, not pushing them at the highest levels.

“We did have, I think for the first time, a huge number of federal, state, and local personnel coming together to move the enterprise forward,” Melson said. “The frustration was that nothing ever came out of it.”

The DOJ-NIST forensics commission, or something like it, was likely inspired by the NSTC subcommittee’s recommendations, but few people know for sure because those recommendations will probably not be public for several more months. But in any case, the forensics community welcomes the new commission from DOJ and NIST as a way to finally start moving forward.

Melson pointed out that the new forensics commission will not have the same appearance of delay as the NSTC effort, which should ease the frustration of many in the forensics community. It will be governed by the Federal Advisory Committee Act, which mandates open meetings and report results.

In addition to its role guiding forensics labs and professionals, the new commission’s recommendations will likely serve as a guide for lawyers and judges seeking to examine whether forensic science is being correctly applied in their cases.

Since the NRC report, most courts have continued to allow forensic evidence, several lawyers and judges reported at the AAFS meeting. Most criminal cases are tried at the state and local levels, where judges are wary of not allowing evidence, such as fingerprint or ballistic analysis, that has been accepted in court for decades.

“It is one thing to establish standards. It is another for those standards to be translated to the courtroom,” Michael T. Ambrosino, special counsel in charge of DNA and forensic litigation for the U.S. Attorney’s Office in Washington, D.C., explained at the AAFS meeting.

Judge Walton knows from personal experience that innocent people can be convicted. As a teen, he got into some trouble, including getting arrested and convicted three times. But one of those times he was innocent, Walton explained at the AAFS meeting.

The competitive, win-at-all-costs nature of the judicial system shouldn’t be allowed to overtake the science, he said. “As a forensic scientist, you have to call it as you see it. I think jurors and judges understand that absolute certainty is not achievable.”

Even with the creation of the forensics commission and other steps, the problem is still money, said Siegel, the National Academies panel member. “The prospects for the success of the commission depend on money, and the money depends on Congress.”

Leahy praised the DOJ-NIST forensics commission as an important first step—one that is similar to what he proposed in legislation last year. “I will continue working to ensure that comprehensive legislation is considered and ultimately signed into law.”