A Back Channel For Big Companies?

TOXICOLOGY
[+]Enlarge
Credit: Shutterstock
Citing concerns of small firms that make kitchen cabinets from pressed wood, the Small Business Administration objected to the classification of formaldehyde as a known carcinogen. 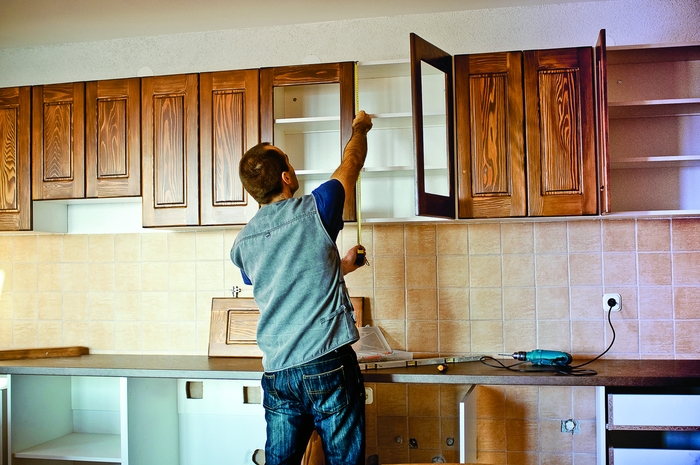 Credit: Shutterstock
Citing concerns of small firms that make kitchen cabinets from pressed wood, the Small Business Administration objected to the classification of formaldehyde as a known carcinogen.

The U.S. Small Business Administration is perhaps best known for offering technical assistance and financing to entrepreneurs. But a little-known office within SBA also serves as a representative for small-business concerns at other federal agencies. SBA’s Office of Advocacy describes its mission as giving opportunities to make small businesses’ voices heard about the federal rules that affect them. The office says its helps small businesses collectively save billions of dollars every year in regulatory costs.

Beyond its work on pending rules, the Office of Advocacy weighs in on science-based assessments of chemicals by federal agencies. Specifically, it—like the American Chemistry Council (ACC), a trade association of chemical manufacturers—has strongly criticized the National Toxicology Program’s (NTP) decision to rank formaldehyde as a known human carcinogen and styrene as a potential carcinogen. The Office of Advocacy also has weighed in on hazard assessments conducted by the Environmental Protection Agency’s Integrated Risk Information System (IRIS), mirroring scientific arguments made by ACC.

Public interest groups are crying foul. They assert that SBA’s Office of Advocacy has become a back channel for large manufacturers, including chemical companies, to use a federal agency to attack EPA’s and NTP’s science-based work. They say the office has strayed from its key mission: helping federal regulators determine the impact of rules on small businesses and consider alternatives to reduce those impacts.

In addition, the American Sustainable Business Council (ASBC)—which speaks for about 165,000 small businesses, many of which make or sell products claimed to be more environmentally benign than those of their competitors—says the Office of Advocacy hasn’t represented its perspective.

The Office of Advocacy maintains that it takes on issues identified by small businesses. Those matters include the quality of scientific research and openness about agencies’ procedures in compiling hazard assessments or in determinations about carcinogenicity.

“We believe it’s important to convey small-business owners’ concerns to policy­makers regarding scientific processes, and those concerns include the need for confidence in the scientific process used by various federal agencies,” Brad Howard, spokesman for the Office of Advocacy, tells C&EN.

ACC meets with the Office of Advocacy as part of “normal interaction with other stakeholders and government entities” concerning chemicals, says Scott Jensen, a spokesman for the manufacturers’ group. Dozens of small businesses are members of ACC, he points out. They care about the process of federal assessments of chemicals, even for substances they don’t make, because changes in how assessments are conducted could someday affect their products, Jensen points out.

Two recent reports claim this sort of interaction shows the Office of Advocacy has drifted away from its mission to help small businesses.

The Small Business Administration is an independent federal agency created by Congress in 1953. Its programs include assistance on federal contract procurement, loans, loan guarantees, training for entrepreneurs, and outreach to women, minorities, and military veterans.

Created by a 1976 law, SBA’s Office of Advocacy reviews legislation and also testifies on behalf of small businesses.

The Office of Advocacy also oversees implementation of the Regulatory Flexibility Act, a 1980 law that requires federal agencies to assess the impact of their regulations on small businesses, small nonprofit organizations, and small governments such as towns.

The Office of Advocacy has received about $9 million annually in federal appropriations in recent years. It has a staff of fewer than 50.

One, from the Center for Effective Government, a watchdog group, analyzed the Office of Advocacy’s actions around NTP’s listing of formaldehyde and styrene and EPA’s hazard assessment of hexavalent chromium, Cr(VI). The report is based on the public comments that NTP and EPA received on these issues as well as e-mails and other documents obtained under the Freedom of Information Act.

The report says the Office of Advocacy’s comments on these chemical assessments “raised no issues of specific concern to small businesses and relied almost exclusively on talking points provided by trade associations dominated by big chemical companies.”

“We don’t understand from a public policy standpoint why the taxpayer needs to fund some kind of office to amplify the message of well-funded business trade associations,” says Randy Rabinowitz, director of regulatory policy at the Center for Effective Government and an author of the report. “In our view, if they’re going to serve the interests of small business, they should focus on rules or issues where small business is affected somehow disparately from the way big business is.”

In addition, Rabinowitz says, the Office of Advocacy fails to look at market opportunities for small companies, including chemical makers, to introduce alternatives to more toxic substances or products. “Small businesses may produce substitutes for toxic chemicals,” the Center for Effective Government report says. A federal scientific finding that a widely used compound is carcinogenic “could open up new markets for substitute chemicals produced by small businesses,” it adds.

The Office of Advocacy says small businesses raised concerns about the assessments for each of the three substances. Small companies that craft kitchen cabinets from pressed wood, which is a product made with formaldehyde-based glues, sought help to prevent NTP from classifying formaldehyde as a known carcinogen. Small businesses that make styrene-based products, meanwhile, were worried about the listing of styrene as a “reasonably anticipated carcinogen,” the Office of Advocacy says. And small companies that use chromium in plating and other operations were concerned about EPA’s assessment of Cr(VI).

A member of the Office of Advocacy staff earlier this month described to an EPA scientific advisory committee why small businesses are interested in ensuring that federal assessments “properly characterize” the hazards of these three chemicals. Small companies using or making items containing these chemicals fear that their sales will drop because customers may eschew their products because they contain a chemical the government agency deems carcinogenic, said Kevin Bromberg, Office of Advocacy assistant chief counsel for environment. He told EPA’s new Chemical Assessment Advisory Committee that these businesses are also worried about a possible increase in worker compensation claims and their ability to retain employees.

A second report, by the Center for Progressive Reform (CPR), a left-leaning policy group, claims that the Office of Advocacy “frequently operates outside its legal authority and scientific expertise” when it weighs in on “purely scientific determinations.” For instance, the Office of Advocacy criticized the experimental data and models EPA is using for its hazard assessment of Cr(VI), the report says. In addition, the Office of Advocacy recommended EPA reform the IRIS hazard assessment program, saying it lacks objectivity and scientific rigor. These comments, the CPR report says, go “far beyond the expertise of the office” and the unique interests of small business but “bear a striking resemblance to the arguments that [large] industry lobbyists make.”

“There are no scientists on the staff” at the Office of Advocacy, says Richard Denison, a senior scientist with the Environmental Defense Fund, an activist group. “It really is remarkable to me that it’s been able not only to not represent small-business interest but to weigh in on issues about which it has zero expertise,” notably toxicology and risk assessment.

Although the Office of Advocacy responded to C&EN’s inquiries for this article, it did not provide information about whether its staff has any toxicological or risk assessment expertise. Three employees are listed in the office’s staff directory as dealing with environmental issues, including chemical assessments; all are attorneys, according to their profiles on Linked­In, a website for professional networking.

Howard, the Office of Advocacy spokesman, says that in its comments to NTP and EPA, the office “relied on scientific studies and materials from the National Academies, which we believe is the best-positioned government arbiter of science.”

The CPR report also asserts that the Office of Advocacy has morphed from an advocate for reduced regulation of small business into “an institutionalized opponent of regulation,” working to weaken environmental, health, and safety standards for large, and not just small, firms.

A related line of criticism is being leveled at the Office of Advocacy’s periodic environmental roundtable meetings, which have been held for years. The Center for Effective Government’s report questions whether this roundtable actually functions as an advisory panel to SBA. Under federal law, advisory committees must meet strict requirements for openness and balance among viewpoints.

Denison, who works for a nonprofit of a size that qualifies as a small entity that the Office of Advocacy represents, listened to a Feb. 22 environmental roundtable by teleconference. Denison tells C&EN that participants in the roundtable primarily represented big businesses, including automakers, mining companies, and law firms that defend industry clients. ACC confirms that it had representatives at the gathering. The Feb. 22 roundtable agenda, which Denison posted on his blog, had two items: EPA’s IRIS program and pending product regulation under California’s green chemistry law.

The roundtable, McGannon says, was held in the office of a law firm that represents highly regulated industries. Participants, he said, included few from small businesses. An ASBC representative from Hewlett-Packard spoke about the California regulation. But ASBC’s position in favor of regulatory incentives for safer chemicals was a minority view at the meeting. “I couldn’t tell if it was an organizing meeting for an antiregulatory organization or if it was a meeting to inform the staff of the Office of Advocacy,” he tells C&EN.

Rabinowitz of the Center for Effective Government says McGannon’s observations about the roundtable are consistent with the conclusion of the two reports about the Office of Advocacy. “They’ve been captured by the inside-the-Beltway antiregulatory business lobbyists,” she says. “They’re not looking for any other message.”

The Center for Effective Government is calling for Congress to investigate the Office of Advocacy, but as of yet, lawmakers have not responded.