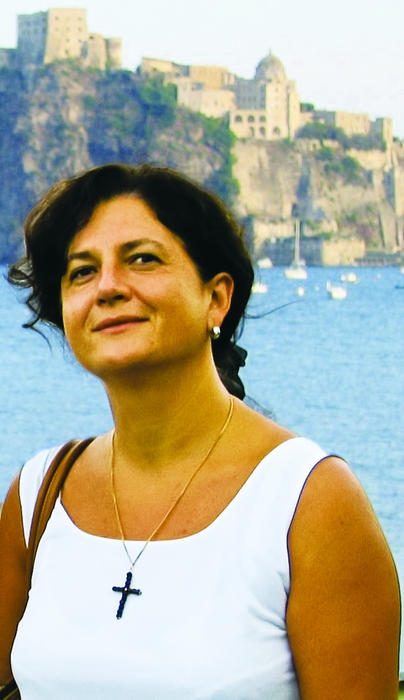 Laura Coppi arrived late for a meeting at New York City’s Waldorf Astoria hotel last month. She seemed, amid the hubbub of the big hotel, to be getting her bearings, and not just for her week in town for the Drug, Chemical & Associated Technologies Association’s annual DCAT Week event.

One year into her tenure as marketing and sales director of Fabbrica Italiana Sintetici, an Italian supplier of active pharmaceutical ingredients (APIs), Coppi is in the process of integrating FIS’s first North American acquisition, Quebec’s Delmar Chemicals, into the corporate fold. She is pleased with the location, even if she is compressing geography slightly.

These are indeed fast-paced times for Coppi. With annual sales of about $400 million, FIS is coming off its best year ever, thanks to the unexpected burgeoning of a key contract with a major pharmaceutical company, believed to be Merck & Co. FIS is currently charting a five-year plan that will include investments at its plant in Vicenza, Italy, and possibly more acquisitions. Meanwhile the firm is investigating synergies with Areta International, a contract manufacturer of biologic drugs purchased last year by FIS’s owners, the Ferrari family.

“Twenty-twelve was a record year, but even if you take that one customer out of the equation, you would see we had double-digit growth over 2011,” Coppi said. “We are using this time and the resources generated by this very successful situation to start our next strategic moves—key investments, portfolio expansion, strategic alliances. It is an exciting time to be at FIS.”

FIS has gained a good deal of global recognition in recent years, rising above the fray of the many small pharmaceutical chemical manufacturers operating in Italy, Europe’s drug chemicals breadbasket. Coppi attributes FIS’s rise to its pioneering work in exclusive synthesis of patented APIs for innovator drug companies, work that distinguished the firm from the generics-centric world of Italian pharmaceutical chemicals.

Her predecessor, Roger LaForce, helped raise the company’s profile by developing an effective global marketing organization, establishing a subsidiary in China, and laying the groundwork for the acquisition of Delmar. Arguably, Coppi came into an ideal position when LaForce left for Zambon’s Zach System subsidiary, another Italian API producer.

She also arrived with a résumé packed with international management positions amassed since earning a Ph.D. in synthetic organic chemistry from Italy’s University of Florence in 1978. Following her first job at Zambon, where she launched a contract manufacturing business, Coppi moved to New Jersey, where she worked as a technical marketing manager for Davos Chemical. She then went to Spain to head up R&D for Esteve Química in Barcelona. She returned to Italy to start a generics division for Esteve before joining Wyeth to lead a process development group and heading back to the U.S. Coppi again returned to Italy, this time to manage Archimica’s Italian operations.

The last two jobs ended rather abruptly. In the first case, Pfizer bought Wyeth, and in the second, Euticals, yet another Italian API producer, acquired Archimica. Toward the end of 2011, the FIS opportunity came along. Coppi realized that her technical experience would help her in what she viewed as a shift into the world of marketing. “I know customers; I understand people in the technical area,” she said.

Coppi’s peripatetic career is still somewhat of a rarity in Italy, especially among women of her generation. But she was used to moving. “My father was a general in the army,” Coppi said. “My roots are in Tuscany, there is no doubt whatsoever. But the year after I was declared a doctor in chemistry by Italian law, I moved from Florence to Parma, then from Parma to Milan, then to the U.S., then to Spain, then back to Milan. Now I am in Veneto.”

Holding management positions as a woman in the fine chemicals industry isn’t something Coppi thinks much about, she claims, but Coppi acknowledges that others have commented on the uniqueness of her situation.

“When I took the position in R&D at Esteve, a former colleague of mine at Zambon, a plant director, called me up and said, ‘Congratulations!’ And I said, ‘Well, thank you, but it’s not like I won the Nobel Prize.’ So he told me, ‘Laura, think about it’—I was a little over 30 years old—‘how many people of your age have this kind of position, and more importantly, how many women have this position?’ And I said, ‘Yeah, you’re right. Nobody, unless their last name corresponds with the last name of the owner of the company.’ ”

What occupies Coppi’s thoughts at the moment is developing FIS’s five-year business plan. The company will likely boost its steroid API manufacturing capacity. She is also interested in investigating continuous-flow technology and a more statistically oriented approach to quality.

“I would have loved to have studied mathematics,” Coppi said, noting that mathematicians and statisticians enjoy many more opportunities in business today than when she was in college in the 1970s. “But, I have to say, I am a chemist in the soul. Deep inside.”