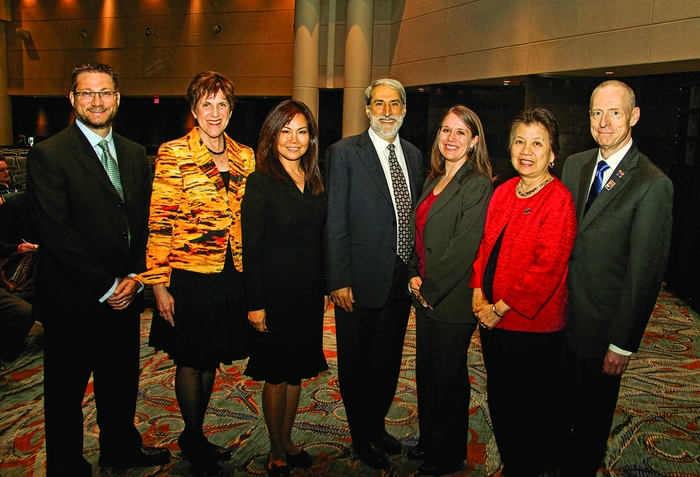 Four plenary lectures covered topics from food flavors to microalgal triglyceride oils as a new source of renewable oil for energy and food.

Another highlight was The Kavli Foundation Innovations in Chemistry Lecture presented by Daniel G. Nocera, a professor in Harvard University’s department of chemistry and chemical biology. He described improvements to the world’s first practical artificial leaf—a simple catalyst-coated wafer of silicon—which mimics the ability of real leaves to produce energy from sunlight and water. Christy L. Haynes, a University of Minnesota chemistry professor, delivered the inaugural Kavli Foundation Emerging Leader in Chemistry Lecture, which focused on evaluating nanoparticle toxicity.

Other events included an ACS reception to honor donors of the ACS Scholars program, including BASF, which the society named a national partner following the company’s recent pledge of $112,000 over three years.

ACS President Marinda Li Wu and Xi Zhang, vice president of the Chinese Chemical Society, signed a three-year extension of the memorandum of understanding (MOU) between the two societies. Wu and James Darkwa, president of the South African Chemical Institute (SACI), signed a three-year MOU establishing a collaboration between ACS and SACI. And the ACS Board of Directors approved an alliance with the Latin American Federation of Chemical Associations.

[+]Enlarge
Credit: Linda Wang/C&EN
A view of the ACS booth at the expo. 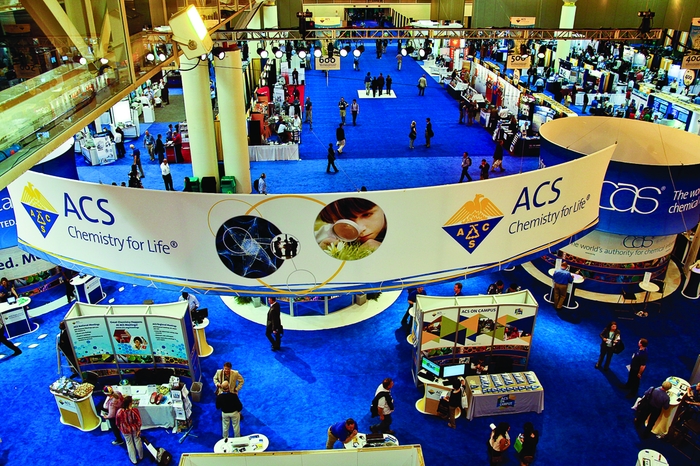 Credit: Linda Wang/C&EN
A view of the ACS booth at the expo.

The board’s open meeting featured a discussion centered around two questions for ACS members: “What one thing would you like from ACS that you don’t get now?” and “What one thing do you get from another organization that you wish you got from ACS?” Numerous ACS members provided varied answers, many of which involved ways to better attract and engage student and industrial members.

After a vote, the council rejected a “Petition to Amend National Election Procedures,” which would have changed the society’s election process for ACS president-elect. However, it approved ACS dues of $154 for 2014, as well as a minor revision of the “Academic Professional Guidelines” and a change in the way that ACS distributes funds to local sections, beginning in 2014.

The Committee on Budget & Finance reported on the society’s 2012 financial performance at the council meeting. Revenues totaled $490.7 million, while net contribution from operations reached $20.2 million, $4.3 million more than had been budgeted. The strong showing resulted largely from better-than-expected performances by the Publications Division and Chemical Abstracts Service.

Those who made it to the Crescent City had plenty of company—they rubbed shoulders with fans cheering on the teams in the NCAA Final Four women’s basketball tournament.