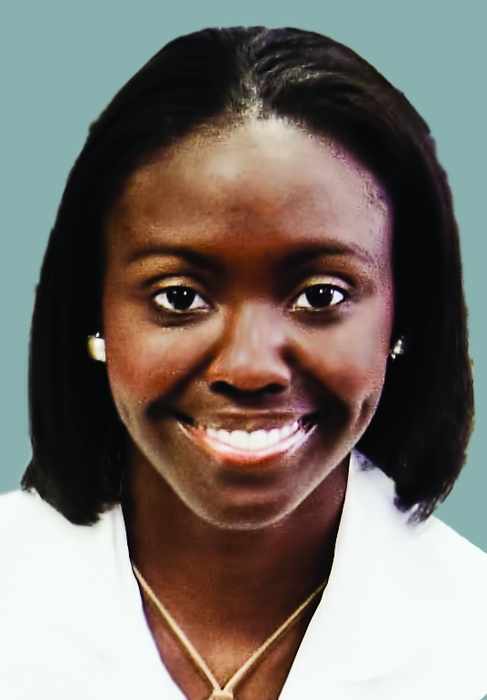 For Eunice N. Cofie, 32, the decision to start a company was deeply personal. She founded the ethnic cosmetics company Nuekie as a way to not only satisfy an unmet market need but also help people avoid some of the painful situations she experienced as a child.

“Growing up, I was picked on because of my dark skin color,” says Cofie, who is African American. “I was called all sorts of names, and that really took a toll on my self-esteem.” Later, while earning a B.S. in chemistry and molecular biology at Florida Agricultural & Mechanical University (FAMU), she began experimenting with cosmetic chemicals in the lab of organic chemistry instructor Casanova P. Jackson.

Jackson, who owns a small cosmetics company, encouraged Cofie and her fellow students to experiment with making compounds they might use in everyday life. Under his tutelage, Cofie began to develop lotions and hair relaxers in his lab.

Intrigued with this work, Cofie began laying plans to launch a company to develop products tailored to the unique skin and hair care needs of people of color—something that many large companies were not doing, she says. “I wanted to help men and women of color discover that they are perfect and beautiful,” says Cofie, who conquered her self-esteem issues and was named Miss Black Florida in 2008.

She founded Nuekie in 2004—even before she earned her undergraduate degree. To learn how to write a business plan and how to market products, Cofie took classes at FAMU’s Small Business Development Center as well as at Florida’s Economic Development Council, a partnership of the city of Tallahassee, Leon County, and private investors committed to establishing a competitive business climate resulting in job creation.

Nuekie is still a one-woman show. Cofie handles all formulation, safety testing, and manufacturing in her leased lab facility in Tallahassee. To fine-tune her products, she relies on feedback from friends, family, and people who request samples via avenues such as Facebook and Twitter, she says. Currently, she sells her products through the company website, but she plans to eventually also market her products through aestheticians and physicians.

Rather than take on debt or seek investors, Cofie used her own funds to launch the company. She recently benefited from a cash award she received as the winner of a business plan competition sponsored by Access Florida Finance Corp., a nonprofit that helps minority-owned businesses find funding. She is also participating in the ACS Entrepreneurial Initiative, a program that provides chemical entrepreneurs with affordable access to training and resources they can use to launch and grow their businesses.

Building a business isn’t easy, Cofie admits. “There is a lot of grunt work that goes along with it,” she says. At the same time, she says, there are many benefits in her new role. “I love being creative in the lab, taking ideas that I have and making them come to life.”