[+]Enlarge
Credit: John A. Rogers
Researchers have created ultrathin electrodes that can interface with human tissues. 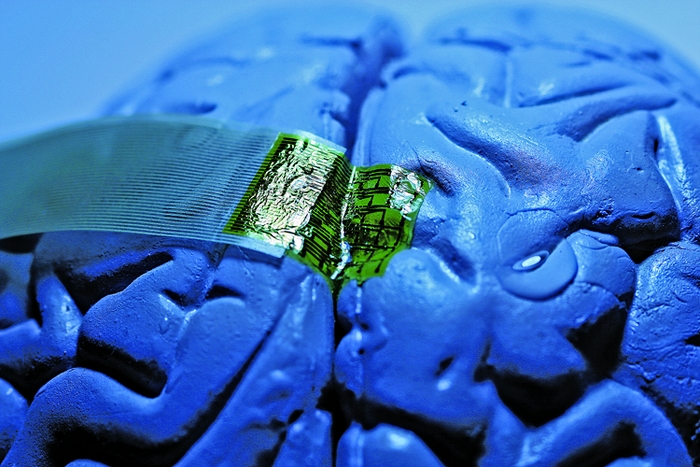 Credit: John A. Rogers
Researchers have created ultrathin electrodes that can interface with human tissues.

GlaxoSmithKline wants to explore whether diseases can be treated and health restored by modulating neural impulses in the body. Last week the British drug company announced it will support a nascent field it calls “electroceuticals” with funds for 20 external labs and a $1 million prize.

“We see this as a new treatment modality—something in parallel with small molecules, protein therapeutics, and vaccines—by which we hope we can treat diseases,” says Kristoffer Famm, GSK vice president of bioelectronics R&D. GSK sees potential given the established medical use of implanted electrical devices, such as pacemakers, and recent advances toward miniaturized interfaces and cellular-level control. For example, lab results have shown it’s possible to manipulate neural signals to affect inflammation.

To jump-start efforts, GSK will fund up to 40 researchers in 20 outside labs to conduct exploratory work on mapping neural circuits and finding disease associations. Once it sets up a multidisciplinary network, GSK will help integrate efforts. In December, the company will hold a global forum of research leaders to lay out a plan for future work. As an added stimulus, GSK will then offer a $1 million prize for the research group that overcomes a key hurdle identified by the forum.

As part of a review of the therapeutic landscape for the next decade or two, GSK spent more than a year visiting with academic scientists about electroceuticals, Famm says. He, along with GSK R&D Chairman Moncef Slaoui and scientists from Massachusetts Institute of Technology, the University of Pennsylvania, and Feinstein Institute of Medical Research, in New York state, explain their vision of electroceuticals in a recent Nature article (DOI: 10.1038/496159a). Work is under way at these centers on mapping neural circuits, deciphering disease-related neural codes, identifying intervention points, understanding how to create a therapeutic response, and building biocompatible devices.