[+]Enlarge
Credit: Newscom
A new electrolyte could solve the battery problems that have plagued Boeing’s 787 Dreamliner. 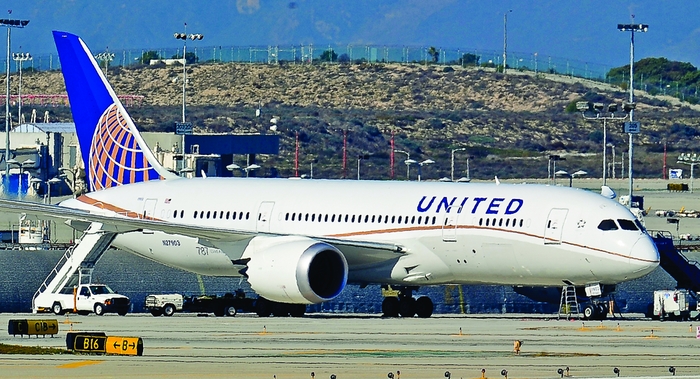 Credit: Newscom
A new electrolyte could solve the battery problems that have plagued Boeing’s 787 Dreamliner.

To address problems with smoldering lithium-ion batteries that grounded Boeing’s 787 Dreamliner airplanes, engineers added heat insulation around the batteries and designed the battery box so it will vent any hot gases outside the plane. These fixes won’t stop the batteries from bursting into flames but could mitigate damage if they do.

There may, however, be a chemical solution to these battery woes: using electrolyte solvents that are inherently nonflammable. Joseph M. DeSimone of the University of North Carolina, Chapel Hill, and North Carolina State University spoke about his plans to do just that during a symposium at the American Chemical Society meeting in New Orleans.

Currently, Li-ion batteries use flammable organic solvents, such as ethylene carbonate and ethyl methyl carbonate, for the electrolyte solutions that dissolve the lithium salts. DeSimone, along with coworkers Dominica Wong and Ashish Pandya, believe they’ve come up with an alternative that’s just as good at conducting lithium ions but isn’t prone to fires.

The new system is based on a mixture of nonflammable perfluoropolyethers and either poly(ethylene oxide) or polyethylene glycol. DeSimone’s lab reported it was possible to blend such polymers back in 2008 (J. Am. Chem. Soc., DOI: 10.1021/ja803991n).

“Recently, it dawned on us that polyethylene glycol is known to be a good medium to dissolve lithium salts,” DeSimone recalled. Adding perfluoropolyethers also drops the temperature at which the polyethylene glycol crystallizes, making the electrolyte solution effective at lower temperatures. DeSimone’s group has been working with Nitash P. Balsara of the University of California, Berkeley, to test the conductivity of these electrolytes and to make prototype batteries. They’ve also filed patents for the technology.

Daniel H. Doughty, of Battery Safety Consulting in Albuquerque, N.M., cautioned that it’s hard to find materials that function well in commercial batteries. “The flammability issue has been known for decades, and if an easy replacement were available, it would have been used by now,” he said.