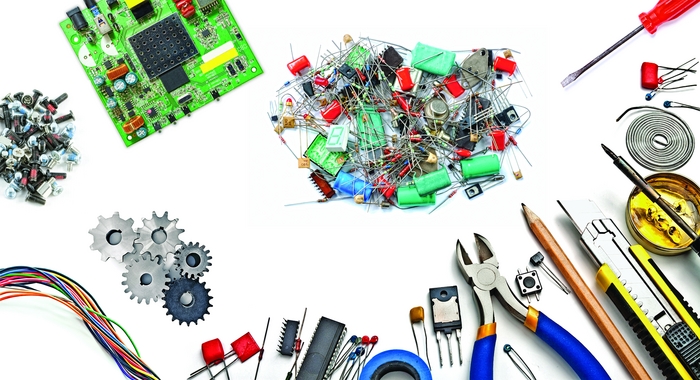 The term “tinkering” has a variety of connotations. The original term referred to tinsmiths, whose profession revolved around the care and maintenance of various objects made from tin and other metals. Over time, tinkering evolved into a catchall term for making slight modifications to existing objects. It has become somewhat synonymous with the general terms “tweaking” and “hacking.” Although what to call the act of playing around with objects for fun or profit has changed, the central mind-set of poking and prodding systems has been around for ages, and according to author Alec Foege, the tinkering tradition is a crucial part of the continued success of the U.S. on the global stage. The tradition, he says, is also being neglected. 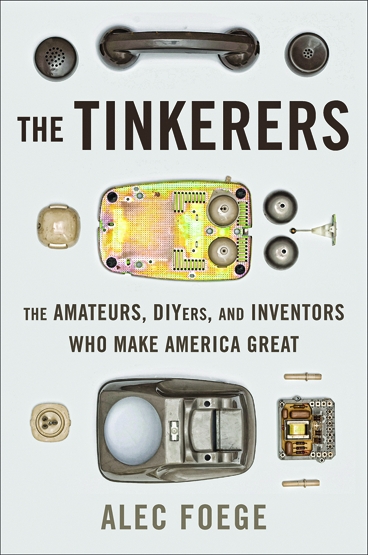 Foege takes tinkering seriously. His book, “The Tinkerers: The Amateurs, DIYers, and Inventors Who Make America Great,” explores the history of American innovation, its current status, and what ought to be done to keep the tinkering tradition strong. The book comprises many interviews with contemporary innovators such asDean Kamen, the inventor of the Segway, and Nathan Myhrvold, former chief technology officer of Microsoft. Discussions in the book range from the history of tinkering in America to issues with patent law to challenges in public education.

The premise underlying “The Tinkerers” is that the U.S. has had a great tradition of innovation, but a series of factors has caused an ebb in ingenuity. Foege says the decline is manifest in falling numbers of science and engineering graduates and new patents produced in the U.S. compared with other countries. High student loan costs, poor public education, rigid corporate structures, lack of funding, abundant litigation of patents, and waning public sentiment are some of the causes of concern that Foege addresses. The fear portrayed in “The Tinkerers” is that the global market for labor requires more and more technical skills and innovative thinking—both of which are well exercised by tinkering—every day, and without change in how the U.S. approaches innovation, American workers may be left by the wayside.

Foege loosely defines the concept of tinkering, but he does so intentionally, stating that a tinkerer is someone who “makes something genuinely new out of the things that currently surround us.” He adds that tinkering does not emerge from an initial purpose, unlike structured research and development. He attempts to distinguish tinkering from invention, but then uses inventors as examples of tinkerers throughout the book, which is confusing.

Foege further broadens his definition by arguing that tinkering is not restricted to any field or discipline. However, for the purpose of this book, Foege mostly ignores forms of tinkering that are outside of technology and engineering, with the notable exception of chapters on financial and defense tinkering that serve as cautionary tales of where tinkering can go wrong. Foege seems to regard tinkering as unstructured or nonstandard problem solving that is inherently innovative, and he argues strongly against rigid, structured learning and development that may stifle such processes.

The book opens with a story about Foege’s BlackBerry. He sat on it and crushed the screen. When he took the phone to a store for repair, the salesman said he could only sell him a replacement at full retail price. The staff was no longer allowed to repair phones, the salesman lamented. Some makers of consumer electronics deliberately try to ensure that their products are not fiddled with and are replaced rather than repaired, shutting out third parties (although rarely for long, ingenuity has few bounds) from modifying or repairing the products.

While searching for a new phone, Foege stumbled onto a YouTube video of someone repairing the same model. Enthralled, Foege purchased the parts—at a fraction of the price of a replacement phone—and was able to quickly repair the screen. Foege’s point is that, although it seems that American ingenuity has declined, tinkerers are still alive and well in the U.S., taking things apart, putting things together, and extending products beyond their original design.

The public’s perception of tinkerers is not all positive, however. “ ‘Tinkerer’ is an odd word,” inventor Saul Griffith told Foege. “It’s sort of what people who do it professionally think is an insult.” Tinkerers also attract fear, uncertainty, and doubt because, Foege says, there is risk in tweaking systems and concepts. The process of tinkering is inherently disruptive and sometimes illegal. After all, Steve Jobs and Steve Wozniak started out making “blue boxes,” which are devices used to make free unauthorized international phone calls, before they went on to establish Apple Computer. The term “hacking” pertains to the modification and extension of hardware and software, but still carries some of the stigma of computer criminals such as Kevin Mitnick, who broke into multiple computer systems in the late 1980s and early ’90s.

Much of the fear or derision of tinkerers is unfounded, Foege writes, but there have been instances where tinkering has caused more problems than it has solved. The recent financial crisis, Foege argues, was a result of financial tinkerers tweaking mortgage-backed securities to accumulate wealth.

Foege admires tinkerers, and he tries to clear up misconceptions that he believes cloud the public’s perception of them. Throughout the book, he challenges what he calls the “Great Man” perception of inventors, where a single individual brings about the entire design, construction, and marketing of an invention. This concept is explored in his chapters on Thomas Edison and his inventions. Many writers focus on Edison’s successes, but Foege looks more to his failures to show how much effort, luck, and help from collaborators are required for an inventor to become successful.

The author and many of his interviewees say collaborations are far more fruitful for innovation than one-person operations. With the rise of the open hardware and software movements, collective workshops, called “hackerspaces,” have sprouted up over the years, allowing intrepid tinkerers access to work spaces and tools they would otherwise have to purchase or borrow.

In the case of large-scale innovation, Foege maintains, many large corporations tend to be risk-averse by nature and dedicate few or no resources to unstructured discovery. “Because inventing is considered to be risky and outside of the mission of most people and most jobs,” Foege writes, “it is rarely incorporated into a standard business structure.” He points to the Palo Alto Research Center (PARC), a wholly owned subsidiary of Xerox, which was paramount to the creation of the personal computer. The firm paid good salaries and attracted some of the best academic minds to its facilities. The culture at PARC was unstructured by design, and many innovative ideas took hold there. However, Xerox ignored many of PARC’s inventions, opening the door for Apple and IBM to copy PARC’s prototypes and make billions of dollars by bringing computers into people’s homes.

There are instances where companies encourage unstructured innovation, Foege says. Google, for example, has a “20 percent time” policy, where its employees are assigned to spend 20% of their time at work on their own projects. Many of these projects have become products or tweaks for users of Google’s services. Similar to Google, 3M incorporated a “15 percent time” policy, which was instrumental in the development of the Post-it note by chemical engineer Art Fry and chemist Spencer Silver.

The rigidity of large corporations is not the only barrier to innovation, Foege observes. The U.S. public education system also shares the blame. Foege and his interviewees criticize the system for its focus on discipline over discovery, citing experiences where creative problem solving was met with punishment rather than reward. Foege does discuss a few schools and programs that seek to foster the type of unstructured process that supports tinkering.

The book claims that tinkerers are “generalists in a world of specialists” and criticizes emphasis by public schools on standardized tests and structure over innovation. Although some of the innovators Foege interviewed are not shy about deriding fields outside science, technology, engineering, and math (STEM), Foege rejects this notion, saying the problem isn’t the need to generate more STEM students. Rather, it is the devaluation of generalists and the overemphasis on specialization that prevents the big-picture thinking he believes is the catalyst for innovation.

The topics Foege brings to light are important, but some aspects of the book’s execution are problematic. He appeals to American exceptionalism throughout the book. Although well intentioned, some of these appeals are forced. During some of the interviews, it is difficult for the reader to discern whether the speaker is the author or his interviewee. As a result, Foege’s subsequent rebuttal of some of his interviewees’ arguments in later chapters can be confusing.

“The Tinkerers” ends somewhat abruptly. However, at 200 pages, the book packs a wide range of topics into a relatively small space. Anyone who is interested in innovation in the U.S. today and the challenges to continued success in innovation will find the book a worthwhile read. Foege begins “The Tinkerers” by voicing uncertainty about the status of the U.S. tinkering tradition. However, he ends it with renewed faith in the innovative nature of the American people and hope for the future of those who enjoy taking things apart, putting them back together, and challenging the status quo.

Nader Heidari is an assistant editor at C&EN.