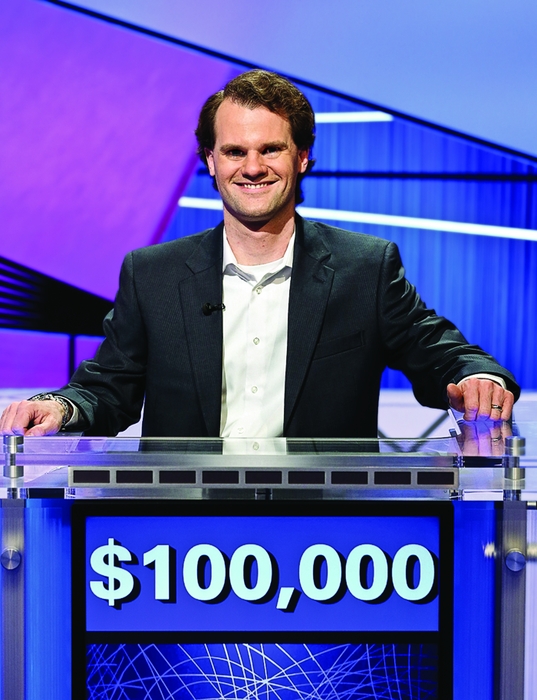 Members of the American Chemical Society could probably clean up in the science categories at pub trivia nights. Keith E. Whitener Jr., a two-year ACS member, has done one better: Last year, he earned a “Jeopardy!” title.

In fall 2012, the chemist won seven games of the popular quiz show and accumulated $148,597. Because of this impressive showing—Whitener was the 14th-highest regular-season money winner in the history of “Jeopardy!”—he was invited to participate in the Tournament of Champions. The two-week-long tournament took place in February, featuring 15 prior winners. Whitener won $100,000 and was the first runner-up.

When Whitener isn’t wagering on Daily Doubles, he studies the surface chemistry of graphene as a postdoctoral researcher at the Naval Research Laboratory, in Washington, D.C. His love of chemistry began in an honors class with chemistry professor John J. Boland at the University of North Carolina, Chapel Hill. During class one day, Boland worked out the quantum mechanical particle-in-a-box model, and from then on Whitener was hooked on p-chem. The “Jeopardy!” winner went on to earn a Ph.D. at Yale University, working under R. James Cross and studying endohedral fullerenes.

Throughout his regular-season quiz show appearances, Whitener’s scientific background gave him an edge, he says. “The level of science in the ‘Jeopardy!’ clues is really general, so I was able to clean up in those categories,” he adds. And the first night of Whitener’s “Jeopardy!” adventure couldn’t have been scripted any better: The Final Jeopardy category was “the elements.” “That pretty much guaranteed me the win,” he says.

It was the Final Jeopardy question that ended Whitener’s regular-season streak and still haunts him. “The clue had to do with college mascots,” he explains. “The correct response was the University of California Golden Bears, and I guessed the University of Southern California Trojans. So I heard about that from some of my coworkers who went to Berkeley.”

If there were a University of Alcatraz, the mascot might be a fluorescent millipede. On the San Francisco Bay island famous for its prison, scientists have discovered a resident: Xystocheir dissecta, a millipede that glows under ultraviolet light and is common in the neighboring Bay Area. 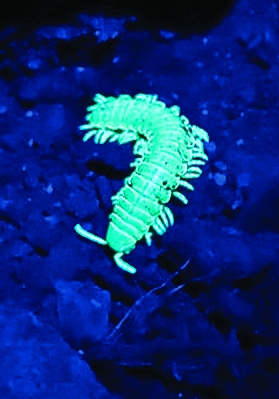 Earlier this year, the National Park Service was interested in surveying the rat population on Alcatraz, so they left snacks for the rodents to munch on that were laced with a nontoxic fluorescent dye. The University of California, Davis, entomology club combed the island at night with UV lamps, searching for the glow of rat droppings. Instead, they found X. dissecta.

Now, UC Davis undergraduate Alexander Nguyen, with the guidance of entomologist Bruce D. Hammock, plans to unearth why the millipedes fluoresce. Nguyen was the first to stumble across the glowing arthropods on Alcatraz.

“Because we’ve found millipedes on the mainland that fluoresce in a similar fashion,” Nguyen says, the team knows the fluorescence must be unique to the creatures’ biology and have nothing to do with the rat bait. “The fluorescence seems to be a physical property of the cuticle, or outer covering, of the millipede.”

Nguyen hopes to extract whatever compound is responsible for X. dissecta’s glow and then compare its chromatography fingerprint to a library to see whether it matches any known fluorescing molecules.

As for the rats on Alcatraz, the millipedes literally stole their spotlight.