Scent Of Rain, Strands Of Honey

[+]Enlarge
Credit: Shutterstock
Petrichor: The rainy-day smell comes from a potpourri of compounds. 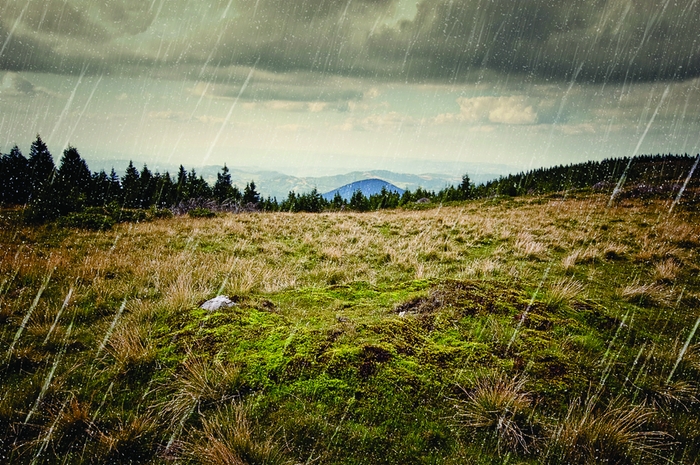 Credit: Shutterstock
Petrichor: The rainy-day smell comes from a potpourri of compounds.

It’s spring in North America, and in some areas that means the fresh, unique scent of rain hitting dry earth. Because we’re a curious lot, the Newscripts gang did a little sleuthing to determine what causes the distinctive odor.

The term “petrichor” was coined to define rain’s scent in 1964 by a pair of Australian chemists, Isabel Joy Bear and R. G. Thomas of the Commonwealth Scientific & Industrial Research Organisation. The duo dreamed up the descriptor by bringing together the Greek roots “petri,” for stone, and “ichor,” for ethereal fluid, with the idea of extracting rain’s essence from earthy materials (Nature, DOI: 10.1038/201993a0).

Bear and Thomas set about identifying the compounds that produce the odor by drying clay minerals in the sun and then extracting their petrichor through steam distillation or solvent extraction. They were able to isolate an oily yellow material with the characteristic rain scent. A fraction of the substance had a smell reminiscent of cyclic bases, such as pyridine and quinolone. A second, acidic fraction contained a nitrophenolic compound and a mixture of carboxylic acids. And a neutral fraction included aldehydes, a lactone, a ketone, and a mix of branched and straight-chain saturated hydrocarbons. Additional analysis by Bear and Z. H. Kranz a year later identified palmitic, stearic, and oleic acids as key petrichor components (Aust. J. Chem., DOI:10.1071/ch9650915).

Working separately, Rutgers University microbiologists Nancy N. Gerber and Hubert A. Lechevalier also found a bicyclic alcohol, called geosmin, that produces the characteristic odor of fresh, moist earth (Appl. Microbiol.1965,13, 935). A person’s nose can detect geosmin, which is produced by soil bacteria and cyanobacteria, at concentrations as low as 10 parts per trillion.

Although readers might think that rain generally promotes plant germination and growth, Bear and Thomas found that each of the different fractions of their yellow oil actually inhibits growth of cress, mustard, and grasses (Nature, DOI: 10.1038/2071415a0). They suggested that the effect would be most pronounced in areas subjected to prolonged dry periods. The effect may point to a mechanism by which seed germination is inhibited unless there is sufficient rainfall to wash away the inhibitory substances and to ensure plant growth.

When spring rains do cause plants to grow and flower, bees begin foraging for nectar to make honey. Whether you like to use that honey to sweeten your tea or toast, chances are you’ve been stymied at least once by a long strand of golden liquid stretching from the jar to your spoon.

[+]Enlarge
Credit: Shutterstock
Sticky: Viscous fluids dampen the waves that would break them into drops. 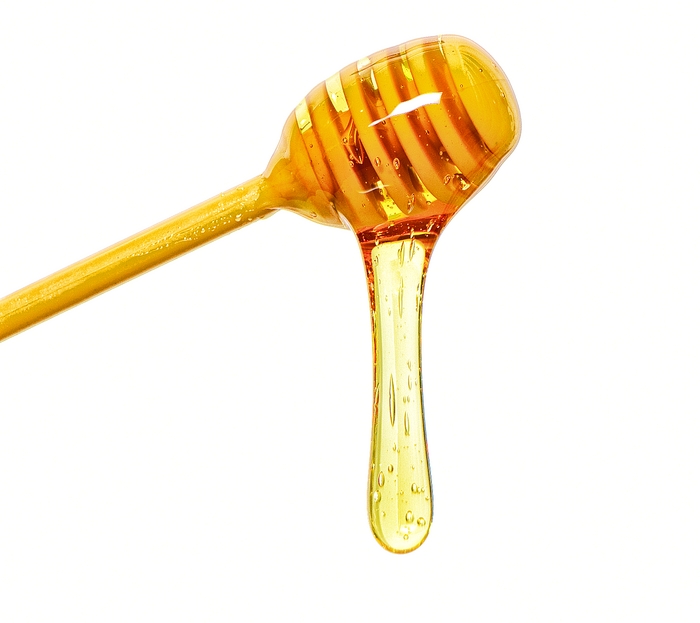 Credit: Shutterstock
Sticky: Viscous fluids dampen the waves that would break them into drops.

Physicists, too, have been stymied by the behavior of honey and other viscous materials, and not just in the kitchen: They’ve long been trying to explain the behavior of industrial materials that form long threads. The substances are important to processes in which polymers or molten glass is drawn into strands to make textile or optical fibers.

Traditional theory says that the behavior of falling fluid is driven by gravity, not viscosity, so all fluids should behave the same. Yet a thin stream of water from a faucet breaks up into droplets after falling only about 10 cm, whereas viscous fluids such as honey can maintain strands for 10 meters or more.

New work from a team led by Arman Javadi of France’s École Normale Supérieure explains the mystery (Phys. Rev. Lett., DOI: 10.1103/physrevlett.110.144501). Javadi and colleagues experimented with silicon oils of varying densities and also mathematically modeled the oils’ behavior. They found that the length of a fluid strand depends on small, random waves that naturally crop up in the materials. The waves amplify over time and, when they get large enough, break the fluid stream into droplets. Viscosity dampens the amplification, allowing thick, sticky fluids to stretch into longer threads.

Biocatalysis
Modified enzyme could make bioprocessing zippier
Biological Chemistry
Water bears deploy disordered proteins to survive desiccation
Materials
Low-fat chocolate could be a zap away
Share X
To send an e-mail to multiple recipients, separate e-mail addresses with a comma, semicolon, or both.
Title: Scent Of Rain, Strands Of Honey
Author: Jyllian Kemsley
Chemical & Engineering News will not share your email address with any other person or company.