German giant is targeting the best researchers in the U.S. and Asia in emerging scientific fields 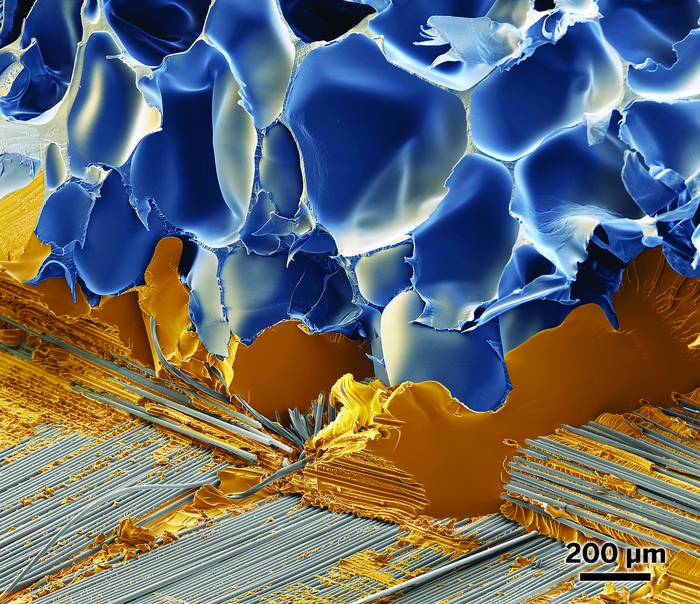 The Americas and Asia will each get 25% of BASF’s research budget and scientists by 2020 under a plan being advanced by Andreas Kreimeyer, BASF’s board member responsible for research. The company now conducts most of its research in Europe, but to get closer to its customers and work with the world’s best scientists, it must venture outside the Continent, according to Kreimeyer.

Kreimeyer disclosed the shift in focus earlier this month at BASF’s annual innovation day at its headquarters in Ludwigshafen, Germany. The company, the world’s largest chemical maker, uses the event to give journalists a peek at what is going on in its labs and how it is spending its research dollars.

In addition to remaking the geographic footprint of its R&D organization, BASF is investigating new fields of research, with greater emphasis on chemistry relating to resources such as water and energy, the environment and climate, food and nutrition, and quality of life, Kreimeyer said.

The battery materials field is a good illustration of the type of area in which BASF wants to develop a leading technology position, Kreimeyer told journalists at the meeting. BASF’s battery materials research program is aimed at major challenges such as storing renewable energy and supplying the growing world population with power, he said.

Even though BASF is establishing a bigger research presence outside Europe, it does not intend to scale back its R&D hub in Ludwigshafen or elsewhere in Europe, Kreimeyer insisted. BASF spent 73% of its $2.2 billion R&D budget in Europe last year, and fully half of the firm’s 10,500 researchers are based in Ludwigshafen.

The strategy “is not about cheaper science or cheaper scientists but better science,” Kreimeyer told C&EN. “It’s about getting closer to the customer and gaining access to talent pools in R&D organizations.” The firm also wants to take innovations germinated in countries such as the U.S. and China and apply them in Europe, he said.

Robert Schlögl, director of the inorganic chemistry department at the Fritz Haber Institute of the Max Planck Society in Berlin and a collaborator with BASF in a number of scientific fields including electrocatalysis, spoke up at the meeting. He said that a lack of government funding in Germany in some research fields is also a reason BASF may be looking to build its science base outside Europe. Heterogeneous catalysis has a variety of potential industrial applications, but it’s expensive to research and German universities are struggling to secure the funding, Schlögl said. “This is why BASF has got to go to the U.S. and Asia,” he added.

BASF already increased its R&D spending outside Europe by 3% in 2012 with the opening of seven new labs and the extension of existing labs in Asia-Pacific and the U.S. For example, the firm launched its Innovation Campus Asia Pacific in Shanghai for up to 450 scientists. It’s also rolling out a research center for battery materials in Amagasaki, Japan, opening a mining R&D center in Perth, Australia, and has plans to introduce an R&D center in India.

BASF has “substantially strengthened” its R&D efforts in the Americas, Kreimeyer said. Notable U.S. projects include a new lab in Wyandotte, Mich., for developing thermoplastic polyurethanes in cooperation with customers in the automotive, building, construction, and sports industries across North America.

Also in the U.S., BASF, in association with Harvard University, Massachusetts Institute of Technology, and the University of Massachusetts, recently inaugurated the American Center for Research on Advanced Materials. Over the next five years, the partners aim to develop microstructures and nanostructured polymers with new properties and come up with bioinspired materials.

The partners also hope to embark on a second phase of research that includes the development of lightweight materials for wind turbine and transportation applications. The longest of today’s wind turbines have blades that are 75 meters long and at their ends rotate at 300 km per hour. The huge forces created mean that the turbines require frequent repairs.

BASF is already cooperating with academic partners in the U.S., Europe, and Asia to develop more robust wind turbines, Holger Ruckdäschel, head of BASF’s wind energy research group, told reporters at the meeting. BASF is using polyester foam and composite engineered materials for the interior of the rotor blades in association with epoxy systems that can withstand permanent high stress. Currently, about one-third of BASF’s R&D budget is devoted to projects relating to energy efficiency and climate protection.

The company reminded reporters that it hasn’t forgotten Europe. One of BASF’s recent European research initiatives is a collaboration with the Max Planck Institute for Polymer Research to develop applications for carbon-based materials, including graphene. The Carbon Materials Innovation Center that the partners have set up in Ludwigshafen marks the first time BASF has operated a research program with a partner on a BASF site.

BASF already spends more than any other chemical company on R&D. It was recently ranked by Boston Consulting Group as number 23 among the world’s 50 most important innovators and ahead of any other chemical firm. Kreimeyer is confident that by working closely with the best scientists—whatever continent they are on—the firm’s potential to innovate will become even stronger.