Geographic expansion in the U.S. and China is a big part of French chemical maker’s strategy

EAST AND WEST
[+]Enlarge
Credit: Arkema
A growing percentage of Arkema’s sales will come from the U.S. and China, says CEO Le Hénaff. 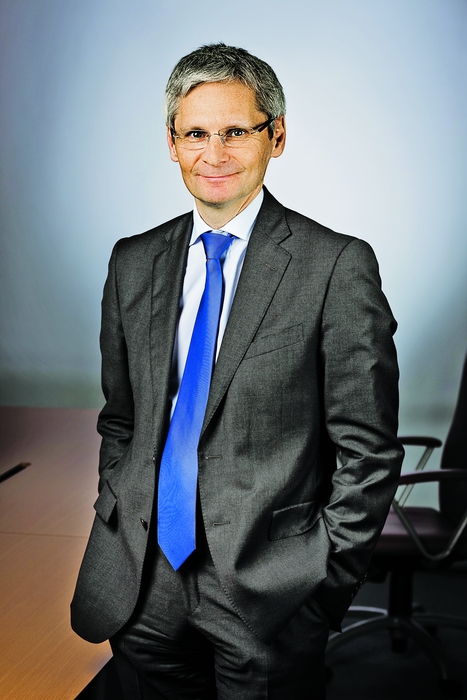 Credit: Arkema
A growing percentage of Arkema’s sales will come from the U.S. and China, says CEO Le Hénaff.

The 15-minute train ride from central Paris to Arkema’s headquarters in the suburb of Colombes is a reminder that Arkema is very much a French company. But examine its worldwide sales mix, and the specialty chemical maker seems more like a U.S. firm with a global flair.

About 30% of Arkema’s $8.2 billion in annual sales today come from the U.S., up from about 20% in 2004, the year Arkema was spun off from the French oil company Total. The 30% figure is similar to the portion of sales that major U.S.-based firms such as Dow Chemical and Celanese get from their home market. In fact, the U.S. is Arkema’s largest market; France and China are tied for number two at 10% of sales apiece.

Like its U.S. competitors, Arkema has expanded globally to take advantage of markets that are growing faster than in its home country. Geographic expansion is part of a strategy that also includes divestitures of underperforming assets, acquisitions, and future-oriented investments in research and new plants.

Arkema At A Glance

“We’ve changed our business portfolio so that it is more homogenous and far more driven by globalization and innovation,” says Thierry Le Hénaff, 50, who has led Arkema as chairman and chief executive officer since 2004. Le Hénaff is relaxed and confident in an interview at the firm’s headquarters, a contrast to his tense demeanor when C&EN spoke to him in late 2008 as the global economic crisis was unfolding.

The reasons why the U.S. is such a large part of Arkema’s business are obvious to Le Hénaff, who has a business management degree from Stanford University and engineering degrees from several institutions including École Polytechnique. He ticks them off: It has a business-friendly environment, a resilient economy, and shale gas.

“The U.S. has always been important for Arkema and its predecessors,” Le Hénaff says. “However, we didn’t know about shale gas years ago.” Now that the new source of natural gas is plentiful, “it makes energy cheaper, and it makes Arkema’s raw materials cheaper.”

Arkema initially invested in the U.S. because it is “a business-friendly country,” Le Hénaff explains. Even during the economic crisis, the U.S. economy held up fairly well, he says. And now that the country is rebounding, Arkema stands to benefit, especially in acrylics for paints and coatings, where it is a newly enlarged supplier.

Before 2010, Arkema’s main exposure to acrylics in the U.S. was a plant in Bayport, Texas, making the starting material acrylic acid. But the acquisition that year of Dow Chemical’s Clear Lake, Texas, acrylic acid plant and North American acrylic latex assets turned Arkema into a major U.S. producer of paint materials. The purchase also added $450 million in sales.

The next year, Arkema paid more than $725 million to buy the coatings materials businesses Cook Composites & Polymers, Cray Valley, and Sartomer from former parent Total. Although the businesses are global, a considerable portion of the $1.1 billion in sales they brought to Arkema is in the U.S.

Arkema’s divestiture last year of its unprofitable European commodity vinyls operation continued the shift of emphasis toward the U.S. The vinyls business, which had $1.3 billion in sales, went to Klesch Group, a Switzerland-based industrial commodities firm.

Extricating itself from the vinyls business has not been without complications for Arkema. In March, Klesch accused Arkema of misrepresenting the business’s accounts and demanded $400 million in damages. A French court is now arbitrating the dispute.

Financial analysts say the dispute is a minor hiccup in what was a good move by Arkema. Because Klesch took the vinyls business off its hands—Arkema actually paid Klesch $135 million to take it—the French firm is less exposed to the lackluster European construction market, notes Frédéric Williams-Gobeaux, an analyst with the Paris-based investment banking firm Natixis.

Arkema might have to make another payout to Klesch, Williams-Gobeaux says, but he thinks that’s unlikely. He anticipates the court decision, expected next month, will resolve the matter in Arkema’s favor.

Christian Faitz, an analyst with Macquarie Capital, agrees that the court decision will go Arkema’s way. He suggests that a $160 million charge Arkema recently recorded against earnings to cover adjustments to the vinyls deal reflects the limit of Arkema’s obligations to Klesch.

“Arkema has a great management team. They know what they are doing, and they have completely turned the company around,” Faitz says.

Since separating from Total, Arkema has focused on improving its earnings as a percentage of sales, or profit margins. They are now in the 15% range, Williams-Gobeaux points out, a vast improvement from the 7% margin Arkema reported in its early years. The improved figure is also a testament to the firm’s management prowess and focus on specialty chemicals, he says.

Le Hénaff attributes the company’s success to its focus on what he describes as three growth pillars: geographic expansion through capital investment and acquisitions, purchases of businesses downstream from existing operations, and development of innovative products and processes. “Our goal is 50% organic growth and 50% via acquisition,” he says.

The purchase earlier this year of a majority stake in AEC Polymers, a French maker of methacrylate adhesives, took Arkema further downstream in acrylics. Adhesive-based structural composites will expand in automotive and other applications, Le Hénaff says, and Arkema intends to participate in that growth.

Significant investments in new plants are under way or have been recently completed. In the U.S., Arkema is spending $110 million to boost acrylics output in Texas. In China, Arkema has been expanding its capacity to make fluorochemicals, polyvinylidene fluoride (PVDF), and rheological additives at its complex in Changshu.

Looking ahead, Arkema plans to spend about $1.7 billion on capital improvements between 2013 and 2016. A portion of that funding will go to build a sulfur chemicals plant in Malaysia, where Arkema has teamed with South Korean amino acids producer CJ CheilJedang. The Korean company is building a plant for the animal feed additive methionine based on a new biotech route.

Each firm will have a minority stake in the other’s facility, both of which should be up and running in 2014. Arkema’s investment will exceed $200 million, Le Hénaff says. The French firm’s methyl mercaptan will be combined in CheilJedang’s plant with a methionine precursor made via sugar fermentation. Today, all methionine is 100% synthetic.

“The project works for us because it also allows us to build a world-class sulfur chemicals plant in Asia from which we can service our traditional oil and gas customers,” Le Hénaff says. Sulfur chemicals are used in oil refining and as odorants in natural gas.

The firm claims to be the number one maker of sulfur chemicals globally; it cites Chevron Phillips Chemical as number two. The addition of the Malaysia facility will supplement factories in southern France and in Texas and allow Arkema to maintain its lead position, Le Hénaff says.

The project, along with other initiatives, will also help Arkema boost sales in Asia to 30% of its total, from 21% today. That increase will bring the firm’s sales in Asia even with those in Europe.

For the future, Arkema is also developing new materials. They include the sulfur compound dimethyl disulfide, which replaces ozone-depleting methyl bromide as a soil fumigant, and PVDF film for use in batteries and solar cells.

The company devotes 9% of sales to future-oriented spending—2% to R&D and 7% to capital projects. The numbers show “we are clearly a company driven by selective growth,” Le Hénaff says, sitting back with a satisfied look.

Combine new-product growth with a strategy of making small, “bolt on” acquisitions and Arkema will have sales of about $10.5 billion by 2016, Le Hénaff predicts. Earnings will be about $1.7 billion, or 16% of sales at that point, he says. Macquarie analyst Faitz says those goals are doable provided an economic downturn doesn’t get in the way.

Not surprisingly, Le Hénaff also thinks the goals are realistic. Arkema is still “a very young company,” he says. “I think we have as much potential for growth as we’ve realized in the past.”