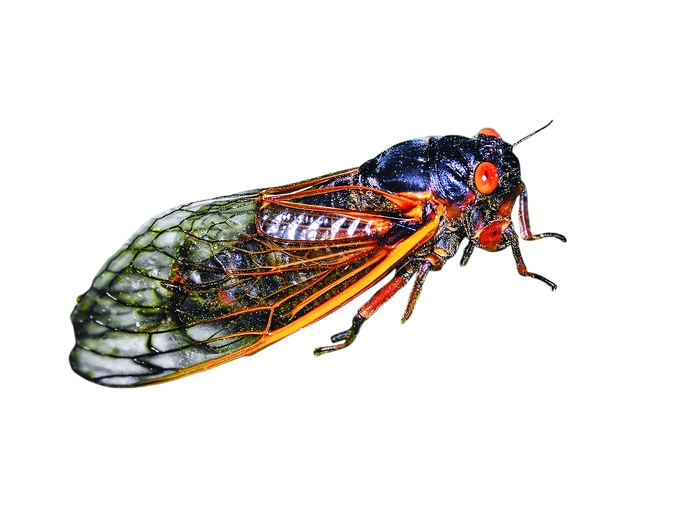 Credit: Shutterstock
Crunchy: Cicadas can make for a healthy snack.

If, like many a member of the Newscripts gang, you live in the eastern part of the U.S., you should brace yourself for a noisy summer. After 17 years of underground hibernation, one brood of periodical cicadas is back.

The winged insects drive people buggy with their infamously loud, persistent mating calls, which can reach 120 decibels. But according to a May 15 article online at National Geographic News, if you can’t beat them, eat them.

The insects are high in protein but low in fat and carbohydrates, making them a potentially healthful snack, the article says. To take advantage of cicadas’ unique culinary characteristics, cookbooks such as “Cicada-Licious: Cooking and Enjoying Periodical Cicadas” are filled with recipes as varied as cicada dumplings, cicada-rhubarb pie, and sizzling chili cicadas.

No matter how tasty cicadas are, diners should take caution, Jenna Jadin, author of “Cicada-Licious,” tells National Geographic News. Research has shown that mercury from sources such as coal-fired power plants accumulates in the insects’ bodies, she warns. And cicadas emerging in areas heavily treated with pesticides and herbicides could also absorb the chemicals. Still, Jadin believes the risk to humans is small: “I don’t think the average person who wants to go out and enjoy the cicada emergence by having a meal of cicadas or two [has] anything to worry about,” she says in the article.

So if you’re adventurous and want to create a memorable experience this summer, dine away. You can start with a recipe for turning cicadas into a sweet snack:

Preheat oven to 350 ºF. Spread cicadas in a single layer on a baking sheet. Roast for approximately 15–20 minutes, or until brown and thoroughly dried out.

Stir together sugar, cinnamon, salt, and milk in a medium saucepan. Cook over medium-high heat for eight minutes, or until the mixture reaches the soft-ball stage at 236 ºF. Remove from heat, and stir in vanilla.

Add cicadas to sugar syrup, and stir to coat well. Spoon onto waxed paper, and immediately separate cicadas with a fork. Cool and store in airtight containers. (Recipe courtesy of Jenna Jadin)

In other infestation-related news, scientists have identified the culprit behind the Great Famine, also known as the Irish Potato Famine. The mid-19th-century episode destroyed potato crops and caused more than 1 million deaths in Ireland because of starvation. 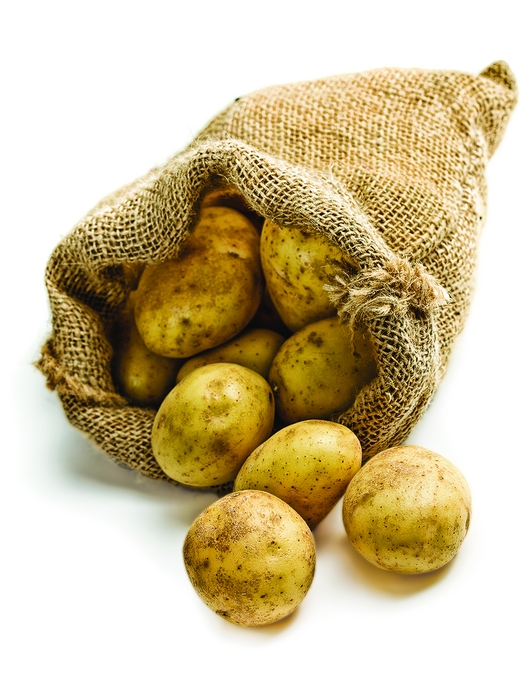 The cause of the famine boils down to a single strain of the funguslike organism Phytophthora infestans. The findings were recently published in the open-access journal eLife (2013, DOI: 10.7554/elife.00731).

The Great Famine, which spread rapidly throughout Europe starting in 1845, was most catastrophic in Ireland, where people depended on potatoes as a food staple.

Scientists previously thought that a strain of P. infestans named US-1 was to blame for the blight because it was the most prevalent strain worldwide prior to the 1970s.

By doing some genetic sleuthing, however, researchers reconstructed the spread of P. infestans by sequencing the pathogen’s DNA collected from historical specimens of infected potato leaves. Hernán A. Burbano of Max Planck Institute for Developmental Biology, in Germany, and an international team compared 11 historical strains of P. infestans with 15 modern strains of the pathogen and discovered that the strain responsible for the blight was not US-1 but one that is new to science. That strain, which they named HERB-1, likely emerged in the early 1800s and persisted until the 20th century, they say.

The researchers note that historical plant specimens are “a largely untapped source to learn about events that affected millions of people during our recent history.”