[+]Enlarge
Credit: Andrew Kelly/Reuters/Newscom
The standard cheek swab to collect DNA, the Supreme Court has ruled, is not invasive and thus not a violation of privacy. 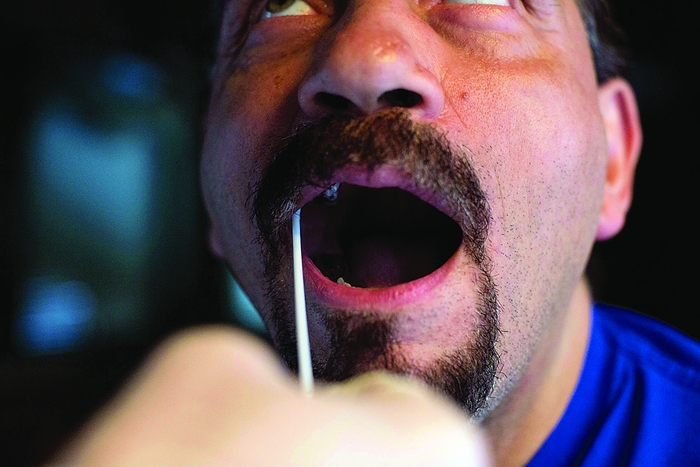 Credit: Andrew Kelly/Reuters/Newscom
The standard cheek swab to collect DNA, the Supreme Court has ruled, is not invasive and thus not a violation of privacy.

This week’s Supreme Court decision allowing law enforcement, without a warrant, to collect DNA samples from suspects taken into custody and before an arrest has raised a number of scientific concerns.

Although the case—Maryland v. King—centered on constitutional issues of privacy, experts say the decision will likely fuel an enormous expansion of the federal government’s DNA database for crime solving. That could increase DNA-matching error rates, create more chances for contamination of evidence and reference samples, and force the criminal justice system to rethink best practices for DNA collection and evidence processing.

“I worry that there will be unanticipated consequences in increasing the scope of the DNA database—there always are,” says Charles Tumosa, a chemist and director of the program in forensic science at the University of Baltimore. “Testing large numbers of samples always increases the possibility for errors.”

In this week’s ruling, the Court compared law enforcement collection of DNA with other forms of identification, such as fingerprinting, photographs, and sketch artist depictions. But this is misleading, says Greg Hampikian, a professor of biology and criminal justice at Boise State University and director of the Idaho Innocence Project, which seeks to overturn wrongful convictions through the use of DNA evidence. DNA is being used only to investigate unsolved crimes, not for other purposes of identification as is the case with fingerprints, he says.

And greater DNA use “just opens up the floodgates,” he says. “There’s nothing to increase the precautions against, for example, DNA evidence contamination—and it doesn’t take much to contaminate DNA.”

Not everyone agrees there will be greatly increased risk of mismatches and contamination. The FBI only accepts DNA samples with 13 or more loci identified into its database and plans to increase that number to 20, says Barry A. J. Fisher, a former crime lab director of the Los Angeles County Sheriff’s Department. “That increases the likelihood that you have come up with a match for a unique individual,” he says. Other practices—the use of masks and latex gloves, for example—can effectively address the contamination issue.

What law enforcement really needs, Fisher says, are standardized kits for collecting samples (using the cheek swab procedure), automated processing to clear and prevent backlogs, as well as methods that confidently secure the chain of custody of evidence for eventual presentation in court.

Fisher does caution law enforcement about overreliance on and overconfidence about DNA evidence. He worries the growing zeal for DNA in crime solving could eclipse other valuable trace evidence such as hair, blood, fibers, and fingerprints.

“You go back to the O. J. Simpson case and prosecutors hell-bent on DNA, and it ruined it for them,” Fisher says, referring to the brutal double homicide for which the former pro-football player was acquitted in 1995. The acquittal was partly because defense attorneys successfully raised reasonable doubt about the prosecution’s DNA evidence, he says.

Comments
Mitch Morrissey (June 9, 2013 1:48 PM)
Taking reference DNA samples upon arrest has absolutely nothing to do with the contamination of evidence samples. Anyone that thinks it does lacks the most elementary understanding of how the DNA database works.
Reply »

Charles S. Tumosa (June 12, 2013 8:17 PM)
I have seen oral swabs that contained yeast, various molds, tobacco residues, and yes, even sperm among other things. The assumption that the swabs are free of extraneous contamination is usually true but not necessarily so. "Dragnet" type arrests in large numbers may lead to samples being switched, a management error. In the "Yorkshire Ripper" case the killer had someone substitute a sample for him, a problem that went undetected for some time. Unless the person taking the swab is in a moonsuit there is also the possibility of their contaminating the sample. A few samples a year may be fine but increase that number to the thousands and there will be errors. All this assumes that the lab doing the testing doesn't have contamination problems as well. Taking reference samples may be less inclined to contamination error than crime scene samples but I would be loathe to say there is no possibility of contamination. Murphy's Law applies and Murphy was an optimist.
Reply »