ACS Awards: Bioinorganic chemistry pioneer at MIT is recognized for mentoring and research

IN HIS OWN WORDS
Lippard talks about his scientific research.
Credit: American Chemical Society

Stephen J. Lippard, the Arthur Amos Noyes Professor of Chemistry at Massachusetts Institute of Technology, will receive the 2014 Priestley Medal, the American Chemical Society’s most prestigious honor. Lippard, 72, is being recognized “for mentoring legions of scientists in the course of furthering the basic science of inorganic chemistry and paving the way for improvements in human health,” according to the society.

“It’s an honor to join the very distinguished list of Priestley Medal recipients,” Lippard tells C&EN. “It also makes me very proud of my postdocs, graduate students, and collaborators, without whose work none of this would have happened. ‘Professor’ stands for ‘professional student.’ The best part about being a professor is that you’re constantly learning from the students in your classes as well as from your lab members.”

Lippard describes his research as unraveling the complexities of metals in biology and devising metal-based drugs such as platinum-based anticancer agents. “Steve Lippard helped create the field of bioinorganic chemistry,” says Jacqueline K. Barton, a chemistry professor at California Institute of Technology. “He has also been a true leader in the chemical community through his writing, his outstanding teaching and mentoring of students, and his service to the community. As a former student of Steve’s, I know that he is an exceptional mentor, one whom I and many others try to emulate.” 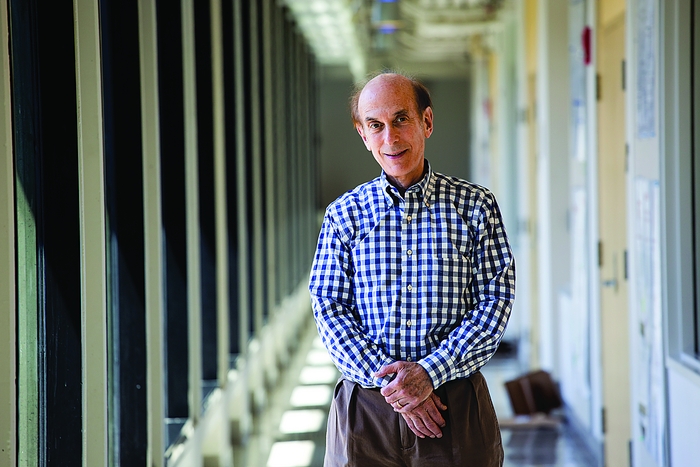 A native of Pittsburgh, Lippard was a premed student focusing on English literature at Haverford College before his fascination with chemistry led him to choose it as his major. He did his graduate and postdoctoral work at MIT. In 1966, he joined the faculty at Columbia University, where he worked until he was lured away by MIT in 1983.

During his 47 years as a principal investigator, Lippard has trained 111 Ph.D. students, more than 150 postdocs, and countless undergraduates. He has authored more than 830 papers and dozens of patents. Along with Jeremy M. Berg, director of the University of Pittsburgh’s Institute of Personalized Medicine, Lippard coauthored “Principles of Bioinorganic Chemistry,” which remains a leading text in the field nearly 20 years after its publication. 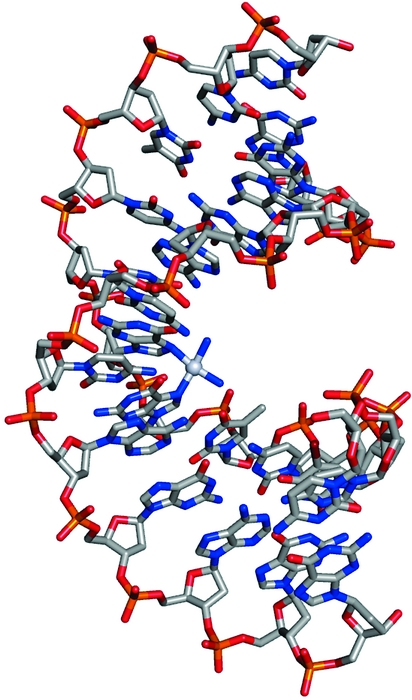 Credit: Courtesy of Stephen Lippard
The Lippard lab determined the structure of DNA modified by cisplatin.

“Lippard brings additional luster to the impressive list of previous Priestley Medal winners,” Berg says, pointing to Lippard’s work with platinum anticancer drugs, such as cisplatin. “His laboratory pioneered studies of the inorganic chemistry of the interactions of this compound with DNA,” Berg notes. “He has also performed detailed biochemical and biological studies of the mechanism of action of these drugs to reveal why the lesions formed on DNA are selectively toxic to cancer cells.”

Kenneth D. Karlin, a former student of Lippard’s who teaches chemistry at Johns Hopkins University, notes his mentor’s work studying the structure and mechanism of methane monooxygenase, an enzyme that oxidizes recalcitrant C–H bonds in alkanes and especially methane. “Since oxygen is a cheap and clean energy source, a fundamental understanding of how systems like methane monooxygenase use carbon could have important implications for new sources of energy,” Karlin says.

Lippard “has made key scientific contributions that improve life for Earth and its people, ranging from the development of more effective cancer medications to new ways of sustaining a cleaner environment,” notes ACS President Marinda Li Wu. “Steve also has been an outstanding educator and mentor for generations of younger scientists who will continue that work into the 21st century.”

Maria Rangel (August 27, 2013 3:56 PM)
Congratulations to Stephen Lippard.
He is an excellent scientist and indeed contributed enormously to the Bioinorganic Chemistry field.
Reply »