The Reality Of Shale 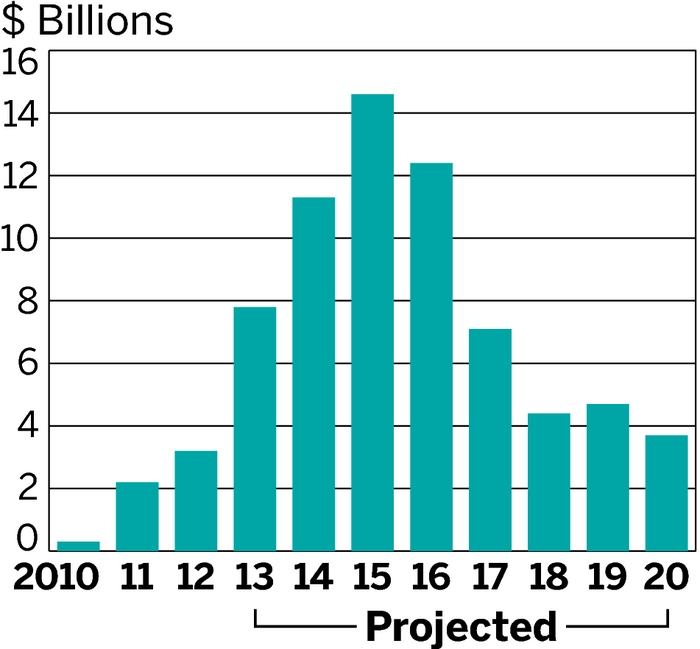 U.S. chemical company executives can’t quite get over the good fortune that low-priced natural gas is bringing to their all too recently beleaguered industry. At the same time, they are starting to assess with a more nuanced eye the impact of the energy and raw material bounty that is coming their way.

This mixture of giddiness and realism pervaded the American Chemistry Council’s annual meeting, held earlier this month at the Broadmoor Hotel in Colorado Springs. Fueling the exuberance, ACC, the chemical industry’s main trade association, had just released a report detailing how cheap natural gas extracted from underground shale deposits is benefiting the industry (C&EN, May 27, page 10).

Through the end of March, nearly 100 chemical investment projects that capitalize on shale gas had been announced, the report found. Valued at $71.7 billion, the new plants are expected to generate $66.8 billion in annual chemical output and create some 500,000 jobs in chemical plants and surrounding communities by 2020.

“There’s been a dramatic change in the past five years,” Calvin M. Dooley, ACC’s chief executive officer, told reporters during a press conference at the event.

Dooley was particularly proud that more than half of the announced spending is from companies based outside the U.S. In the decade prior to 2010, he said, investment left the U.S. at a prodigious rate, causing a 20–25% decline in the chemical industry’s employee ranks.

Yet ACC’s top officers acknowledged that the full impact of shale gas is yet to be seen and that it can’t offset the effects of a weak overall U.S. economy, stagnation in Europe, or even production woes. On the first day of the meeting, ACC released statistics showing that U.S. chemical production this year through April is up only 0.6%.

James L. Gallogly, CEO of LyondellBasell Industries and vice chairman of ACC’s board, noted that U.S. production of ethylene, a key chemical industry building block, was crimped during the first quarter because of an unusual confluence of plant maintenance shutdowns, operating problems, and power outages. But Lyondell’s plants ran above their rated capacity, and there’s no fundamental reason the rest of the industry can’t step up production as well, he said.

Companies that operate downstream from basic chemicals will take longer to benefit from shale gas, observed Craig O. Morrison, CEO of Momentive Performance Materials and chairman of the ACC board.

For example, Momentive is a large buyer of methanol and urea, ingredients it needs to manufacture glues used by the wood products industry. New U.S. plants for the two chemicals have been announced, and Morrison is eagerly awaiting their completion, but that is still years off. “Methanol and urea plants are not installed overnight,” he said.

The ACC officers expressed concern about roadblocks that could make such projects take even longer to build. Lyondell has permits to add ethylene capacity at a site in La Porte, Texas, and to restart a methanol plant in Channelview, Texas, Gallogly said. But he wondered whether this year’s across-the-board federal spending cuts, known as sequestration, will slow the permitting process for other projects.

And the blossoming of multiple new plants after many fallow years will strain the engineering and construction industries, executives acknowledged. As it is, companies that scheduled plant maintenance in the spring had trouble finding qualified welders and pipe fitters, Gallogly said, and the problem will only worsen when big ethylene facilities start getting built.

“There should be significant manpower shortages,” he said. The ethylene crackers that have been announced won’t all be built, Gallogly predicted, and some of those that are built will be delayed for reasons of manpower and permitting.

Such problems notwithstanding, Pierre Brondeau, CEO of FMC Corp. and chairman of ACC’s executive committee, emphasized that the U.S. offers something in addition to shale gas that at the moment can’t be found in many other places: predictability.

For example, the economy in China is growing more quickly than that in the U.S., but not at the 7–8% rate promised by the Chinese government. Companies that built plants in China in anticipation of the higher growth rate now find themselves with too much capacity and too few profits, Brondeau said. “Give us predictable growth, even if it’s not that high, and we will know how to make money with it,” he said.

Morrison added that free-market principles don’t always prevail in China, where state-run companies play in many sectors. “In many industries you are not only competing against companies, you are competing against the government,” he observed.

China and a few other topics were discussed in Colorado Springs, but again and again the conversation came back to the opportunities that shale gas presents to the U.S. chemical industry. “It’s providing growth you only see once every 40 or 50 or 60 years,” Morrison said.

Business
Volatility returns to petrochemicals
Business
Crunch Time Nears For Chemical Plant Builders
Business
Happy Days Are Here Again
Share X
To send an e-mail to multiple recipients, separate e-mail addresses with a comma, semicolon, or both.
Title: The Reality Of Shale
Author: Michael McCoy
Chemical & Engineering News will not share your email address with any other person or company.