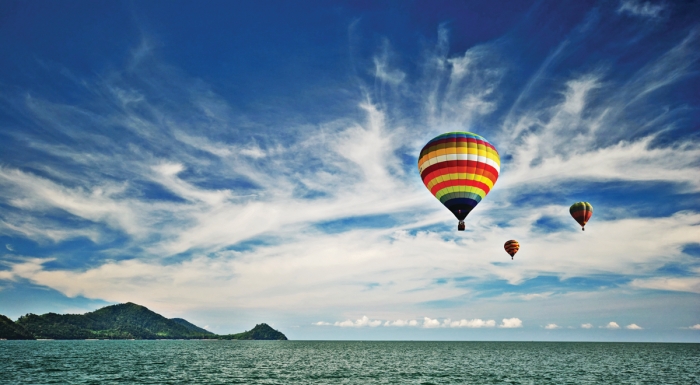 Microwave data networks are 35 to 50% speedier than fiber-optic cables at transmitting information, and financial traders are increasingly taking notice. Even gaining a fraction of a second on the competition could help the stock dealers make money.

The problem with the networks, however, is their transoceanic capabilities: Although beaming microwave signals from one transmitter to the next is simple on land, the distances involved are too great across vast bodies of water. Now Perseus Telecom, a New York City-based provider of networks for electronic share trading, may have a solution.

Perseus’ idea involves relaying microwave data over the ocean via a line of air balloons. Because microwaves can be beamed only in a straight line, the balloons would have to be lined up in a relay from one coast to the next.

Perseus is assessing the feasibility of deploying this type of system across the Atlantic Ocean. The network would require hundreds of balloons, some of which would enter international airspace.

And pigs might fly, you say? Well, Perseus CEO Jock Percy says the idea is a “serious” one, rather than a flight of fancy. The concept has something of a track record too. According to Perseus, the idea originated in the U.S. military. A similar approach is also reportedly being considered by Google, which plans to use high-altitude air balloons or blimps to provide wireless Internet connectivity over hundreds of square miles to remote areas of the world.

Between 60 and 80% of the coal, oil, and gas reserves discovered by publicly listed companies are “unburnable” if the world is to have a chance of avoiding dangerous climate change, according to a report by Carbon Tracker Initiative and the London School of Economics & Political Science. These figures correspond to what it would take to prevent Earth from warming more than 2 °C over its preindustrial average temperature. United Nations climate scientists think that warming above this threshold could be catastrophic for the planet.

[+]Enlarge
Credit: Shutterstock
Global warming: Fossil-fuel firms might be on a bubble about to burst, report suggests. 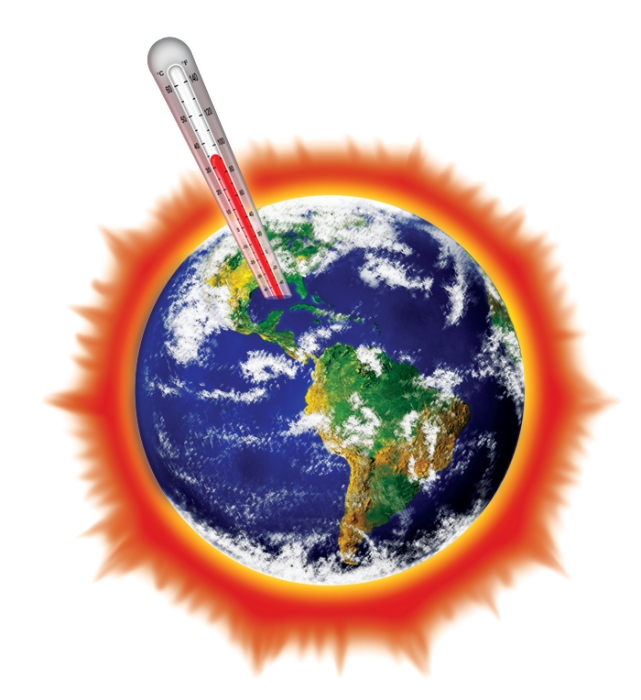 Credit: Shutterstock
Global warming: Fossil-fuel firms might be on a bubble about to burst, report suggests.

Despite the report’s conclusion, the biggest 200 fossil-fuel companies are collectively spending $674 billion annually to find and develop new reserves. That’s more than $6 trillion at risk of being wasted over the next 10 years. Uh-oh.

Extraordinarily, this financial risk is something that the investor community has yet to pick up on. “It is surprising in one sense … but the financial system is not very good at dealing with systemic issues,” says James Leaton, research director for Carbon Tracker and one of the report’s authors.

Shareholders of fossil-fuel energy companies might want to think about selling their stock. Citing analysis from banking firm HSBC Holdings, the report’s authors go on to make the case that the value of the 200 companies could plummet by as much as 60% if policies limiting global warming to 2 °C are introduced. Financial markets have been turning a blind eye to the role of fossil fuels when it comes to climate change, but this carbon bubble is about to burst, say Jeremy Leggett and Mark Campanale, chairman and founding director, respectively, of Carbon Tracker, in the foreword to the report.

Even without the UN’s 2 °C threshold, the value of fossil-fuel companies should fall when other factors, such as the need to improve air quality in China, push and pull people away from using fossil fuels, the report’s authors say.

One thing the report failed to consider is the much “cooler” option of recovering the chemical value of fossil fuels, should they become unburnable. As Newscripts readers know, a reserve of fossil fuels could be converted into useful and sustainable chemicals—something chemists worldwide might welcome.