Unusual deal is a diversification move for growing California firm 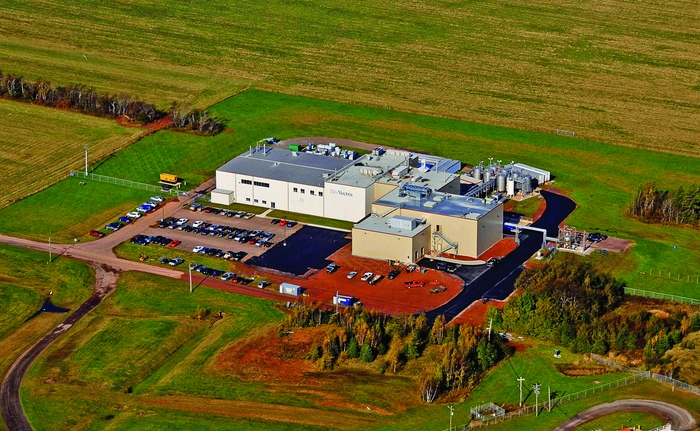 Questcor Pharmaceuticals’ recent announcement that it will pay $50 million to buy BioVectra, the supplier of the active ingredient in its one commercial drug, registers as a kind of “man bites dog” story. These days, most drug companies are divesting, not acquiring, manufacturing assets.

The fact that a small drug firm in Anaheim, Calif., will now own a production site nearly as far away as possible in North America—Charlottetown, Prince Edward Island—makes the deal seem like even more of a stretch. But Don M. Bailey, Questcor’s chief executive officer, shrugs off any raised eyebrows and calls the move a standard business diversification strategy.

Bailey has already succeeded in growing the company. Since being hired as Questcor’s CEO in 2007, he has turned the marketer of H. P. Acthar Gel, a money-losing orphan drug acquired from Aventis a decade ago, into a firm on track to post doubled sales for 2012.

Questcor’s sales for the first nine months of the year reached $350 million, compared with $200 million for all of 2011. A drastic 13-times rise in the price of the drug, imposed by Bailey, was key to this turnaround. But Questcor’s revenue jump also results from an increase in doses of the drug sold.

When Bailey arrived—he had been the chairman and CEO of a wireless communications firm—Questcor was foundering. Acthar was being sold only to treat rare infantile spasms, despite being approved for nearly 20 indications. Bailey beefed up marketing and pursued other indications, including nephrotic syndrome and multiple sclerosis. The drug works by spurring the body to release corticosteroids.

Questcor sold about 5,750 vials of the drug in the third quarter of 2012, compared with 3,000 in the same period in 2011. The acquisition of BioVectra, a contract manufacturing firm with annual revenues of about $28 million, is Bailey’s follow-up growth plan.

Neither firm will disclose the portion of BioVectra’s revenue that comes from the active pharmaceutical ingredient (API) in Acthar: adrenocorticotropin, a hormone extracted from porcine pituitary glands. But with capabilities that include extraction of natural bioactive compounds, small-molecule API production, fermentation, and PEGylation, the company serves many other customers in the U.S. and Europe.

Bailey says the deal puts Questcor in a better position to meet the growing demand for Acthar and strengthens its control of trade secrets associated with the manufacture of the drug. More important, it diversifies Questcor with a new business.

BioVectra got its start as Diagnostic Chemicals, a diagnostics reagents firm launched in 1970 by the head of the chemistry department at the University of Prince Edward Island. The firm created an API division called BioVectra in 1997, and in 2007, it sold the diagnostics business to Genzyme to focus on pharmaceutical chemicals.

Dale W. Zajicek, president of BioVectra, sees no change in direction under the new owners. “We will continue to expand efforts in fermentation as well as synthetic chemistry,” he says. “Questcor sees us as an opportunity to diversify as a company. They don’t have any expertise in managing a contract manufacturing operation.”

Bailey concurs that BioVectra will continue to operate autonomously. As for the API maker’s remote location, “the point is that we don’t really need access,” Bailey says. “When Warren Buffett buys a business, he doesn’t mess with it. He leaves it alone. We’ll keep in touch.”

In the view of James Bruno, president of the consulting firm Chemical & Pharmaceutical Solutions, the deal creates an “odd mix.” BioVectra is not a particularly strong growth platform, he says. “I’ve looked at their technology and there are some interesting things, but I don’t see them having the wherewithal to be a major player.”

Bruno observes that contract manufacturing of APIs is a more competitive business than pharmaceutical development. Questcor might have been better off expanding its core business by licensing or purchasing another drug to develop and commercialize, according to Bruno. The same $50 million, he says, “could have bought them a decent product.”

Bailey, however, is determined to expand by acquiring new technology-based businesses. If anything, producing APIs under contract is closer to Questcor’s core activity than were the ventures that Bailey added to Comarco, the wireless technology company that he previously led. That company had branched into airport management, technology school management, and the temporary employment field.

Bailey says his top priority now is getting Acthar to patients. The firm is exploring new indications, including migraines and treatments for patients with amyotrophic lateral sclerosis, or Lou Gehrig’s disease.

Bruno, bemused, says time will tell. “We’ll talk about this two years from now,” he says.