End Of An Era At DuPont 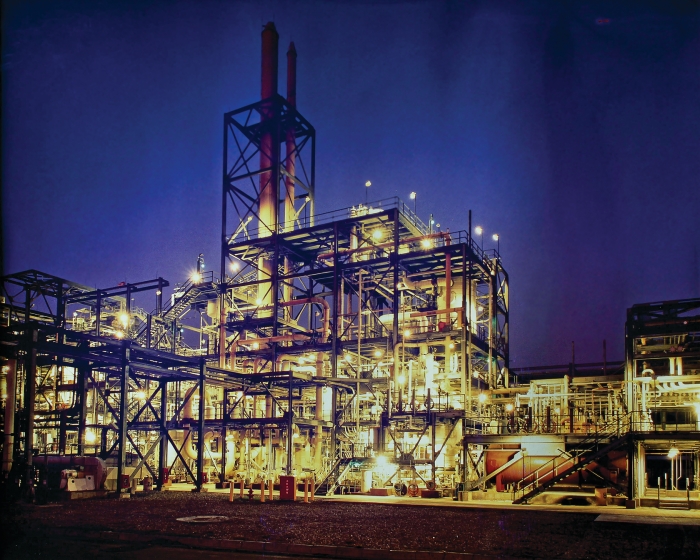 Citing volatility and few growth prospects, DuPont says it will divest a big portion of its traditional chemical business, including its storied Teflon fluoropolymers brand and its industry-leading titanium dioxide pigment unit.

The company is exploring “strategic options” for its performance chemicals segment, a process that could mean a sale or a spin-off. The division includes well-known DuPont brands such as Teflon nonstick coatings, Nafion ion-exchange membranes, and Suva refrigerants. It also makes industrial chemicals such as aniline, sulfuric acid, and glycolic acid.

Performance chemicals is DuPont’s second-largest division, after seeds and agrochemicals. It’s also one of the company’s most profitable businesses. It posted $1.8 billion in operating income on $7.2 billion in sales last year—figures that are 29% and 20%, respectively, of the company’s total.

An exit would mark the second large divestiture of a long-held DuPont business in less than a year. In February, the company completed the $4.9 billion sale of its automotive coatings unit to the private equity firm Carlyle Group.

In a conference call last week, DuPont CEO Ellen J. Kullman told stock analysts that the firm will focus on agricultural chemicals, seeds, nutrition, biobased chemicals, and advanced materials. In these fields, the company has a “unique ability to work beyond the boundaries of a single discipline and find novel, innovative solutions at the intersection,” she said. The $6.6 billion purchase in 2011 of Danisco, a maker of industrial enzymes and food ingredients, is emblematic of the direction Kullman is taking DuPont.

Although the businesses that DuPont wants to sell have attractive market positions and generate strong profits, they are cyclical operations that fall outside such a strategy. “We have limited ability to create new growth opportunities with these businesses by integrating our science across their markets, customers, and products,” Kullman said.

This wasn’t always the case for the performance chemicals businesses, which are rooted deeply in science. DuPont chemist Roy J. Plunkett serendipitously discovered polytetrafluoroethylene, later trademarked as Teflon, when he was experimenting with refrigerants in 1938. DuPont engineers developed the chloride process for extracting white TiO2 pigment from ores in 1951.

A divestiture wouldn’t be a complete exit from traditional chemicals for DuPont. The company will keep engineering polymers and electronic chemicals plus well-known brands such as Kevlar, Corian, and Tyvek.

The announcement last week came on the heels of reports that Trian Fund Management, a firm run by activist investor Nelson Peltz, has amassed a large stake in DuPont. “We wonder if the activist shareholder threat accelerated this decision,” Citi Research stock analyst P. J. Juvekar opined in a note to clients. Appearing on the business network CNBC after disclosure of the planned sale, Kullman called the reports “rumors” and said she hadn’t spoken to Peltz.

Whatever the catalyst was, at least one stock analyst didn’t respond favorably to the planned sale. J.P. Morgan analyst Jeffrey J. Zekauskas noted that the firm’s stock price has reflected the high value that investors place on the performance chemicals division, a value that the company can only recover with a generous price.

But finding a buyer for the business could be a challenge, UBS stock analyst John Roberts told clients in a research report. Rockwood Holdings received no viable bids when it recently put its TiO2 business up for sale.

And the high market share of some of the division’s businesses, Roberts wrote, will make it tough to strike a deal with a competitor. DuPont might have an easier time spinning off the company or finding a private equity buyer, as it did with the paint business.

Comments
KB (July 29, 2013 8:45 AM)
At today's DuPont Roy Plunkett's discovery of Teflon would be called a safety incident and he would likely be fired for sawing the cylinder open to see what was inside.
Reply »

Jeff (July 31, 2013 9:27 AM)
Touché my friend! You are very right. I am really skeptical about the "scientific" direction Ellen is taking this company.
Reply »