[+]Enlarge
Credit: Jim Lo Scalzo/EPA/Newscom
Republicans are pushing EPA to change the methodology of an upcoming study on the impact of fracking on drinking water. 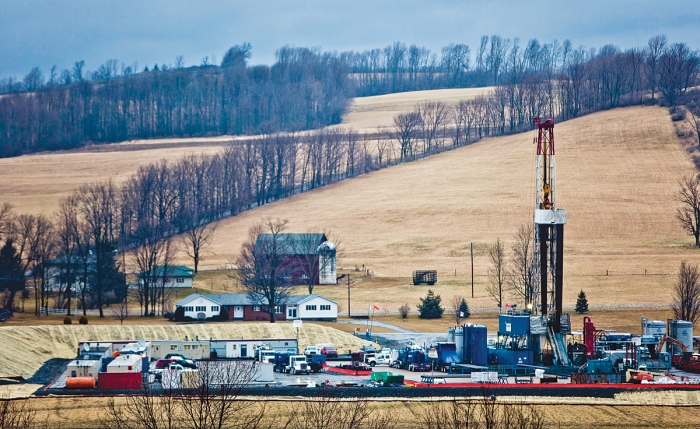 Credit: Jim Lo Scalzo/EPA/Newscom
Republicans are pushing EPA to change the methodology of an upcoming study on the impact of fracking on drinking water.

Republicans in Congress want the Environmental Protection Agency to change its methods in a study of hydraulic fracturing’s effects on drinking water safety. The lawmakers say they want to ensure that the study, due next year, puts findings in better context by including a quantitative risk assessment.

That was the Republican message to EPA last week during a hearing in the House of Representatives by the Science, Space & Technology Committee. But EPA intends instead to conduct its study using a “risk framework,” meaning it will qualitatively account for various hazards and exposure potential, according to David A. Dzombak, who chairs the EPA Science Advisory Board panel that will review the study.

Republicans have been skeptical of EPA’s attempts to assess the risks of hydraulic fracturing, or fracking, saying the efforts could result in needless additional regulation of a practice they view as safely regulated by states.

Rep. Lamar S. Smith (R-Texas), chairman of the committee, warned that if EPA fails to make sufficient changes, “a legislative remedy may be warranted to address the study’s deficiencies.” But Democrats at the hearing defended EPA efforts. Rep. Eddie Bernice Johnson (D-Texas), the committee’s top Democrat, pointed out that determining fracking’s safety is “in the best interest of everyone, especially the fracking industry.”

Fracking releases natural gas and oil from shale rock by injecting water, sand, and various chemicals under high pressure into wells. The rising use of the technique has led the public and environmental activists to worry about possible contamination of water supplies. Some companies have faced federal and state fines for mishandling fracking wastewater.

EPA has withdrawn from several of its investigations of contamination near specific oil and gas production sites, however. Republicans said those withdrawals highlight flaws in those studies and raise doubts about the congressionally mandated drinking water study’s credibility.

EPA defends its science, saying it has rigorous procedures and protocols to ensure scientific integrity and quality. Fred Hauchman, a top official at EPA’s Office of Research & Development, testified that the scientific literature doesn’t yet provide enough data for a quantitative risk assessment.

Pollution
Mercury makes it deep into marine trenches
Sustainability
US Senate passes sustainable chemistry legislation
Environment
P2 and ADM pair up for renewable products
Share X
To send an e-mail to multiple recipients, separate e-mail addresses with a comma, semicolon, or both.
Title: Fracking Study Criticized
Author: Puneet Kollipara
Chemical & Engineering News will not share your email address with any other person or company.

Brian (August 3, 2013 9:59 AM)
While hydraulic fracturing has been under way for a long time, many of the technologies employed in the exploitation of unconventional shale gas are relatively new. As drilling expands to new geologies, gas drillers are developing and employing new chemicals, as well. Given the massive expansion expected, an investigation of the hazards and risks seems like a pretty good idea. The EPA is obviously the place for this work.

I assume anything done by government has some politics embedded. The answer to that is for stakeholders to do their own homework. There are ample mechanisms within EPA's process to provide data and dissenting opinions. The EPA doesn't always get it right, but then no one does.

I would enjoy a C&E News article on how the sequester and long-term reductions in funding have hampered EPA's work in this and other important areas.
Reply »