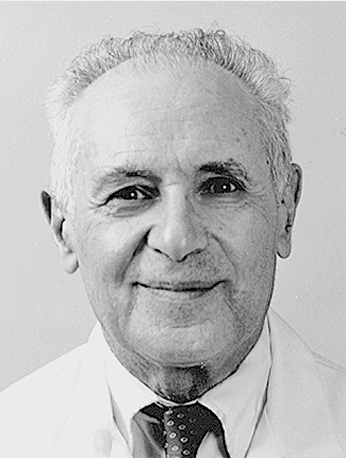 Michael Bárány, 89, a professor emeritus of biochemistry at the University of Illinois (UIC) College of Medicine, Chicago, died on July 24, 2011, in St. Paul, Minn.

Born in Budapest, Bárány earned an M.D. in 1951 and a Ph.D. in biochemistry in 1956, both from the University of Budapest.

He held research positions at Weizmann Institute of Science in Rehovot, Israel, and Max Planck Institute in Heidelberg, Germany, before moving to the U.S. to serve as department head at the Institute for Muscle Disease in New York City from 1960 until it closed its doors in 1974.

Bárány then moved to Chicago to join the biochemistry department at UIC College of Medicine. In his research, Bárány pioneered the use of nuclear magnetic resonance methods to study metabolism in live tissue. His most widely cited paper, which was published in the Journal of General Physiology in 1967 (DOI: 10.1085/jgp.50.6.197), described a relationship between the speed of muscle contraction and the actin-activated ATPase activity of myosin molecules.

His research continued, albeit at a slightly reduced pace, after he retired at age 70 in 1992. He is credited with 190 publications, including 84 done in collaboration with his wife, Kate, a professor emerita of physiology and biophysics at UIC College of Medicine.

According to his colleagues, he was revered for his scholarship and teaching.

Bárány was preceded in death, by six weeks, by his wife, whom he married in 1949. He is survived by his sons, George and Francis, and four grandchildren.