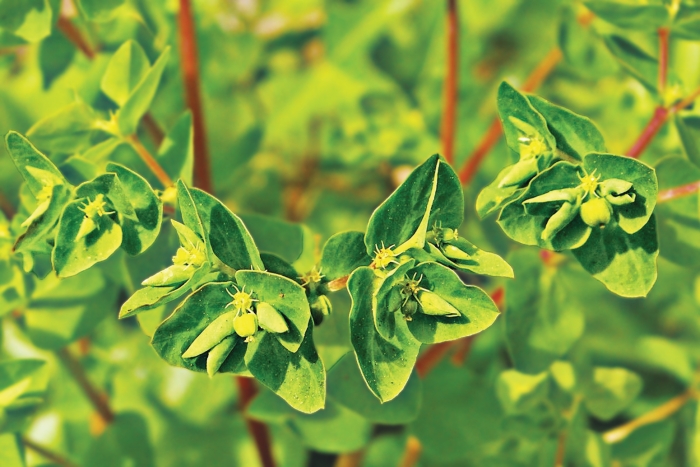 In just 14 steps, chemists have synthesized ingenol, a plant-derived member of a medicinally vital family of compounds—terpenes. A Danish pharmaceutical firm is applying the work to what may become a more efficient, scalable production of Picato (ingenol mebutate), which is FDA-approved to treat actinic keratosis, a skin condition that affects 250 million people worldwide and if left untreated can lead to skin cancer.

The study’s authors claim this achievement in synthesis proves that organic chemistry is essential as a drug-making method, even as other technologies, such as bioengineering of microbes to manufacture valuable chemical compounds, emerge. 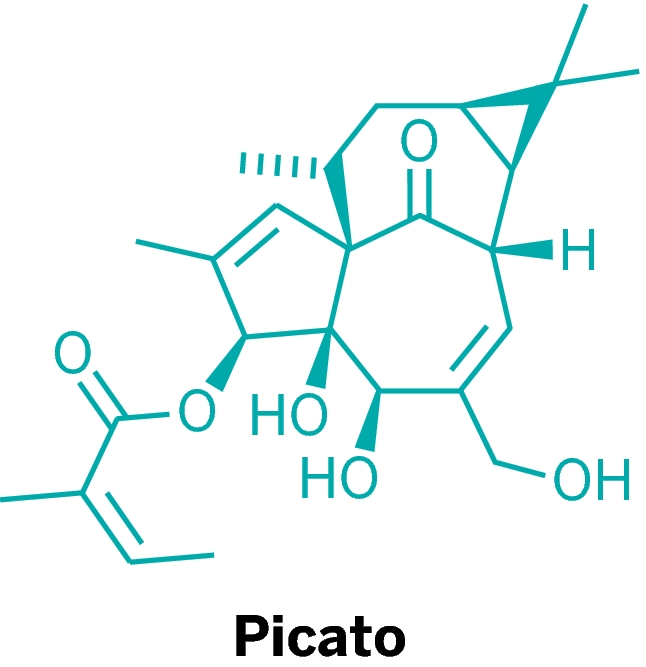 Today’s supply of Picato comes from spurges, weeds found in many gardens. Extraction is tedious, says Michael Sierra, director of external discovery at Leo Pharma, maker of Picato. “You need nearly 800 kilos of plant to obtain 1 g of drug.”

Chemists have synthesized ingenol before, notes Phil S. Baran, the Scripps Research Institute, California, chemist who led the new study (Science 2013, DOI: 10.1126/science.1241606). “Those routes are beautiful. I teach them in class every year,” he says. They require upward of 37 steps, however, “so they’re not a blueprint for commercial-scale production.”

Sierra’s team approached Baran in 2011 because Baran’s group had already developed a general approach to the synthesis of terpenes. The Scripps researchers used that as a basis for a shorter two-phase approach to construct ingenol. Phase one, which they call the “cyclase phase,” sets up a precursor carbon skeleton. Then phase two, the “oxidase phase,” puts finishing touches on the skeleton and installs hydroxyl groups. The company provided almost all of the funding for the work.

The Leo Pharma technology is patent pending. A contract research organization in India “has worked through half the synthesis,” Sierra says, and is providing intermediates on a scale of hundreds of grams. The contractor is optimizing the final steps of Baran’s route, some of which require stoichiometric quantities of toxic oxidants. It will then proceed to Picato and to novel analogs that can be tested for safety and efficacy.

“This report is a creative consolidation of earlier observations, with innovative elements of its own,” says Stanford University’s Paul A. Wender, who has worked on related molecules.

Baran’s report also mounts a vigorous defense of total synthesis. He writes that there is “a widely held assumption that bioengineering is superior to organic synthesis” for terpene production. But his lab’s new work refutes that notion, he adds. Last year, Baran participated in a debate, published in Nature, with University of California, Berkeley, bioengineer Jay D. Keasling about the merits of molecule-making in their respective fields (DOI: 10.1038/492188a).

Wender thinks debates that pit synthesis techniques against one another are misdirected. “They’re unfortunate testimonials to the tight funding situation we’re in today,” he says. “The discussion needs context. It shouldn’t be about whether chemistry or synthetic biology is the best way to make ingenol,” he adds. “It should be about how to make better molecules than those we have now, perhaps even by combining approaches.”