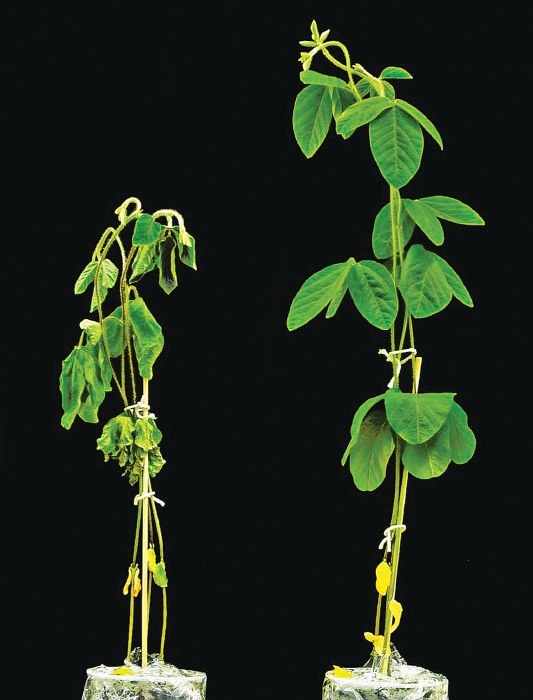 As the world warms, the threat of rising drought frequency and intensity is putting pressure on farmers. Toss in the world’s continually growing population, and society could face increasing challenges in feeding the world.

Those hurdles have spawned growing interest in engineering ways to help crops better cope with drought. They include the use of breeding and genetic modification to develop drought-resistant varieties.

Another idea, now gaining traction, is to develop compounds that could help plants retain more water. Sean R. Cutler, a plant physiologist at the University of California, Riverside, and coworkers have recently advanced that effort by identifying a compound that helps plants retain water and survive droughtlike conditions in the lab (Proc. Natl. Acad. Sci. USA 2013, DOI: 10.1073/pnas.1305919110). Although the compound is nowhere near commercialization, the findings demonstrate that a chemical approach could help plants tolerate drought, the researchers say.

Scientists once thought spraying ABA on crops could help them better cope with drought, comments Sue Abrams, a synthetic organic chemist at the University of Saskatchewan who studies ABA analogs. But the hormone, which has a short half-life, is expensive to produce. Complicating the use of ABA is the compound’s light sensitivity and its ability to photoisomerize on plant surfaces. In addition, plants have enzymes that degrade excessive levels of ABA to inactive forms.

In 2009, Cutler and colleagues identified a sulfonamide known as pyrabactin that turns on some ABA receptors but doesn’t boost drought tolerance (C&EN, Sept. 28, 2009, page 60; Science 2009, DOI: 10.1126/science.1173041). In the new study, the researchers, funded in part by Swiss crop protection and biotechnology firm Syngenta, sought to find a better ABA mimic. They screened 57,000 compounds for their ability to bind and activate ABA receptors and found one that stood out, a sulfonamide they named quinabactin.

In the lab, applying quinabactin delayed wilting in Arabidopsis thaliana plants subjected to two weeks of drought conditions and survival rates were five times as high compared with control plants.A. thaliana, a small annual, has been developed as a model for research in plant biology. Quinabactin also slowed wilting in whole soybean plants and kept detached corn, barley, and soybean leaves from losing water, the researchers found. The study helped elucidate how ABA works by revealing that quinabactin targets three specific ABA receptors that play a key role in guard-cell closure. 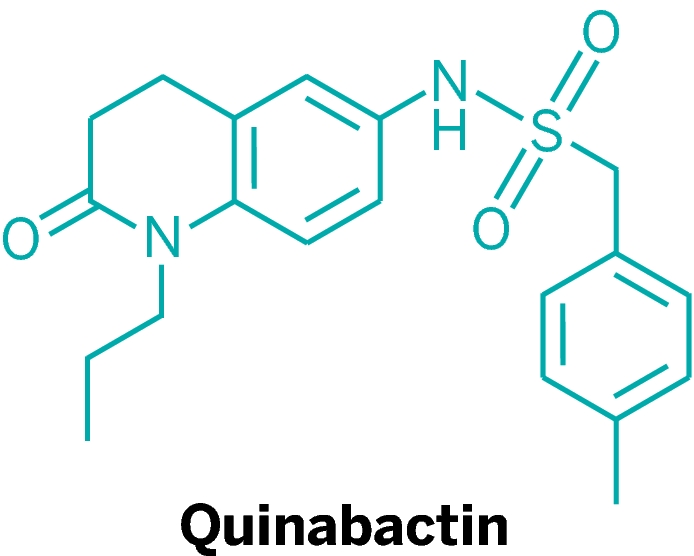 Crops probably couldn’t metabolize quinabactin, given its synthetic nature. Thus growers wouldn’t have to spray as much of it as ABA, saving money, says Tim L. Setter, a Cornell University crop biologist. But he adds that uncertainties and questions still stand in the way of commercialization and could take years to address.

Cutler is also uncertain of what the future holds. For example, it’s unclear how much of and when a compound like quinabactin would need to be applied in the field, Cutler says.

And uptake of ABA mimics could be different from plant to plant, depending on the thickness of plant leaves’ cuticles, or waxy layers, Abrams says. Additionally, as the compound closes guard cells, it lowers the amount of CO2 plants take in to make food, stunting their growth. Researchers would have to find a balance between drought resistance and growth, Abrams says.

ABA-mimicking compounds could also face regulatory hurdles. Although they aren’t designed to kill pests, plant-growth regulators are defined as pesticides under the Federal Insecticide, Fungicide & Rodenticide Act. As a result, ABA mimics would need to be registered as pesticides with the Environmental Protection Agency, says Sheryl L. Dolan of the law firm Bergeson & Campbell, which advises industry clients on environmental policy and regulatory compliance. And food-crop uses, she says, may face regulation under the Federal Food, Drug & Cosmetic Act, which requires most pesticides to be assigned tolerances—maximum allowable amounts that can remain on crops without harming humans.

Syngenta and UC Riverside may pursue commercialization of ABA mimics, the university says; Syngenta has not commented on commercialization prospects. So despite the many challenges, drought-protection agents may one day be available to help farmers safeguard their crops in dry conditions.

Agriculture
Corteva and AgPlenus look for new herbicides
Agriculture
Drought protection for plants
Agriculture
Genes found in the desert inspire drought-tolerant crop trial
Share X
To send an e-mail to multiple recipients, separate e-mail addresses with a comma, semicolon, or both.
Title: Protecting Plants From Drought
Author: Puneet Kollipara
Chemical & Engineering News will not share your email address with any other person or company.

Comments
Bob Buntrock (August 21, 2013 3:34 PM)
Interesting article. From the structure of abscisic acid (unfortunately not shown), it's easy to see that it's light sensitive. Pyrabactin (structure also not shown) and Quinabactin are apparently light stable but it would be convenient to have preparation and toxicity data for both.
Reply »