Trans-Atlantic agreement could change rules such as food-labeling standards

TRANS-ATLANTIC TRADE
[+]Enlarge
Credit: Shutterstock
An agreement that the U.S. and the European Union are negotiating would likely boost imports and exports of chemicals. 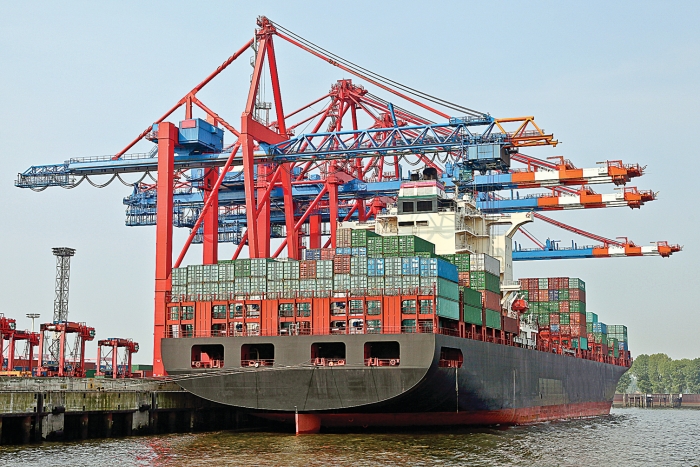 Credit: Shutterstock
An agreement that the U.S. and the European Union are negotiating would likely boost imports and exports of chemicals.

Trade between the U.S. and EU is already vast, reaching a value of nearly $1 trillion in 2012, according to the Office of the U.S. Trade Representative. But it could get bigger. Earlier this year, the U.S. and EU governments announced that they are hammering out a free-trade agreement aimed at increasing the exchange of goods and investment between the two huge markets.

The planned agreement, dubbed the Transatlantic Trade & Investment Partnership (TTIP), would differ markedly from most trade deals. Typically these deals focus heavily on ratcheting down tariffs. Although tariff reduction is on the table for negotiation, current tariffs on goods traded between the U.S. and EU are already low, averaging less than 3%.

Instead, a major focus of TTIP is on reducing the impacts of regulations and administrative requirements on trade. For example, negotiators could craft an agreement blending competing food labeling and safety standards from the U.S. and EU into one standard used by both. Or each could accept products that meet the other’s regulations.

Talks on the trans-Atlantic trade deal began in early July. Congress is taking an interest in them, with members from both sides of the aisle generally in support of increasing trade with the EU.

In late July, the House of Representatives Energy & Commerce Subcommittee on Commerce, Manufacturing & Trade held a hearing on TTIP’s goals on regulatory barriers. Rep. Leonard Lance (R-N.J.), a member of the panel, said that if the talks are successful, TTIP could become a template for future trade negotiations between the U.S. or EU and other countries or regions.

But the focus on regulatory matters in trade talks could lead to erosion of public protections, cautioned Jean M. Halloran, senior adviser for international affairs for Consumers Union, the policy and advocacy arm of the nonprofit Consumer Reports. Both the U.S. and EU are advanced societies with high standards for safety and health, Halloran said. If both agreed to adopt the highest standards between the two, TTIP would bring great benefits. But this, she told the panel, does not appear to be the goal of U.S. and EU negotiators. Instead, she said, the trade deal seems focused on relaxing regulations.

“Experience with other trade agreements together with the explicit intention of reducing regulatory barriers to trade make it far more likely that TTIP will hinder important public health and safety goals related to chemicals,” echoed Carroll Muffett, president and chief executive officer of the Center for International Environmental Law. The center is an environmental advocacy group.

Investor Protection Seen As A Way To Challenge Regulations

A new U.S.-European Union trade deal, known as the Transatlantic Trade & Investment Partnership (TTIP), could open a new avenue for foreign companies to attack domestic health, safety, and environment protections, say dozens of public interest and other groups in the U.S. and the European Union.

Their concern revolves around language in trade deals that is designed to foster foreign investment. These provisions provide an avenue for a foreign investor to challenge government actions that allegedly expropriate—that is, take or steal—the investor’s business.

Although the public interest advocates aren’t necessarily against investment by foreign companies, they point to a history of attacks on regulations under investor protection provisions in other trade pacts.

For example, in the 1994 North American Free Trade Agreement (NAFTA), such provisions were initially designed to give recourse to companies from an industrialized country that invested in a developing country if the developing country’s government nationalized their plants. But companies, including chemical manufacturers, have used investor protection provisions in NAFTA to challenge environmental laws in industrialized countries.

For instance, Canada in 1996 adopted a ban on the import and interprovincial trade of the gasoline additive methylcyclopentadienyl manganese tricarbonyl (MMT) because the chemical allegedly harmed vehicle emission control systems. Canadian producers of the substance had no option but to comply. But Ethyl Corp. of Richmond, Va., filed a challenge under NAFTA claiming that the ban amounted to expropriation of its investment in MMT capacity. To settle the challenge, Canada paid Ethyl $13 million and then lifted the ban.

To avoid situations such as this under TTIP, consumer, environmental, family farm, and open-government groups and unions in the U.S. and EU are asking President Barack Obama and José Manuel Barroso, the president of the European Commission, to act. They want the two leaders to bar investor-state dispute resolution language from the pact. “U.S. and EU property rights laws and courts are robust,” they write in a July 8 letter to Obama and Barroso. “There is no pretext for granting foreign investors superior rights to domestic firms.”

But Calvin M. Dooley, CEO of the American Chemistry Council, a chemical industry organization, disagrees. “The purpose of pursuing closer regulatory cooperation between the U.S. and EU should be to explore opportunities for creating efficiencies within and between regulatory systems while maintaining high levels of protection for human health and the environment,” Dooley told the panel.

Dooley suggested that the U.S. and EU could cooperatively develop a common scientific basis for regulatory decisions. For instance, chemical makers could conduct a single set of toxicity tests that would satisfy both governments, Dooley said. In addition, the U.S. and EU could come up with common processes to identify substances that are a priority for further regulatory evaluation, he said.

Rep. Lee Terry (R-Neb.), chairman of the subcommittee, agreed with Castellani. “It would seem to make sense that if the European Medicines Agency just inspected a pharmaceutical manufacturer in Berlin for compliance with Good Manufacturing Practices that the U.S. FDA could rely on the findings of the European inspector instead of duplicating the effort,” Terry said.

The sort of cooperation that Terry outlined is called mutual recognition. Muffett, from the environmental law center, defined this as agreement by governments to recognize and accept the results of assessments of the other party. Mutual recognition is supposed to lead to lower costs and increased market access for industry, with savings passed on to consumers.

But in exchange, the U.S. public would have its voice over safety concerns turned down or even silenced, Muffett said. Mutual recognition means that a foreign government would end up making safety and other decisions instead of national authorities accountable to the U.S. public, he explained. This could yield a loss of domestic regulatory control over public health and safety concerns and possible lowering of protections, he said. Plus, the U.S. public has little opportunity for participation in decision making in other countries.

A trade agreement between the U.S. and EU that included mutual recognition would force each side to accept products that potentially don’t meet domestic standards, Halloran of Consumers Union said. For example, the U.S. Consumer Product Safety Improvement Act requires toy makers to obtain independent, third-party certification from accredited laboratories that their playthings meet standards for lead content. The EU has no such third-party certification requirements, she told the subcommittee.

“This could potentially open the door for toys made in China by European companies exclusively for sale in the U.S. to be less safe than toys made by U.S. companies,” Halloran said. A recent study raised concerns about high levels of metals such as lead in many toys(C&EN, June 3, page 32) .

In addition, mutual recognition under TTIP could affect safety regulations on chemicals, biotechnology, nanomaterials, food, pharmaceuticals, automobiles, medical devices, and consumer products, Halloran said. “We find the potential for erosion of standards in these areas alarming.”

Halloran and Muffett also expressed concern that the public will have no chance to view draft versions of TTIP. Trade talks historically take place behind closed doors. Negotiators are expected to release only the completed TTIP, she said, “at which point it will be up to Congress and the public to take it or leave it.” In contrast, drafts of other pacts, including the Free Trade Area of the Americas Agreement, were periodically made public, she said. “Secrecy is not how our democracy normally functions,” she added.

Given the raft of contentious issues negotiators face, completing the deal will be a challenge, said Terry, the subcommittee chairman. “TTIP is not going to be easy.”

The second round of TTIP talks is scheduled to take place in early October in Brussels.