[+]Enlarge
Credit: CSB
CSB, which has urged OSHA to develop a combustible dust standard since 2006, found thick layers of iron powder at a Hoeganaes Corp. facility after a series of flash fires in 2011. 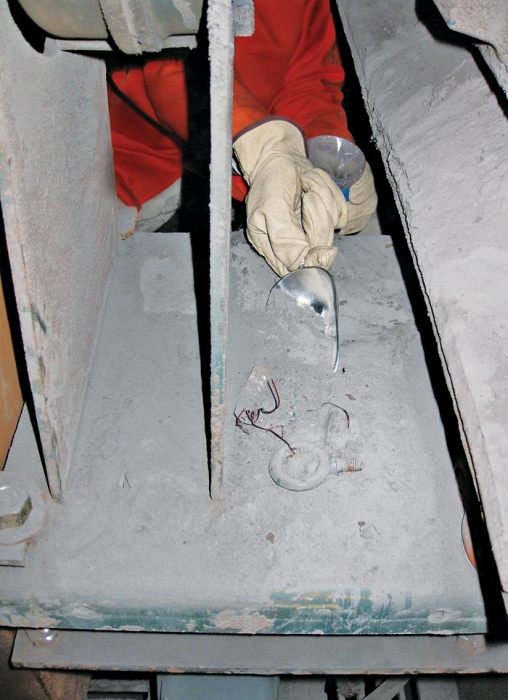 Credit: CSB
CSB, which has urged OSHA to develop a combustible dust standard since 2006, found thick layers of iron powder at a Hoeganaes Corp. facility after a series of flash fires in 2011.

The Chemical Safety & Hazard Investigation Board (CSB) has publicly rebuked the Occupational Safety & Health Administration for failing to implement several of the board’s long-standing recommendations for making refineries, chemical facilities, and sugar plants safer. OSHA says it is taking steps to address workplace hazards but has been hamstrung by a limited budget.

For more than a decade, and in the aftermath of tragic accidents that have killed dozens of workers, CSB has urged OSHA to adopt new safety rules for chemical plants, refineries, and other facilities, CSB Chairman Rafael Moure-Eraso noted at a July 25 meeting in Washington, D.C.

“Yet insufficient progress has been made, and many years have passed in some cases, without a definitive OSHA response,” Moure-Eraso said. “We strongly believe that these regulatory changes are needed to save lives and prevent accidents in the chemical industry.”

CSB, an independent federal agency that investigates the root causes of industrial chemical accidents, is particularly concerned with the lack of action on a combustible dust standard, he added. This is a safety issue that has dogged plants that process sugar, as well as granaries and other facilities where combustible powders and dust exist or accumulate. CSB began calling on OSHA in 2006 to issue a general industry standard to reduce or eliminate dust hazards.

After President Barack Obama took office in 2009, OSHA began working on a rule to regulate combustible dust. But in 2010, the agency categorized it as a “long-term action” on its regulatory agenda.

At the July CSB meeting, Thomas Galassi, OSHA’s director of enforcement programs, said his agency is constrained by its $565 million budget and the requirements of a lengthy rule-making process. Until a final combustible dust standard is issued, he said, OSHA will rely on “strong and effective enforcement of existing regulatory requirements, combined with education and outreach to employers and employees,” to protect workers who may be exposed to combustible dust hazards.