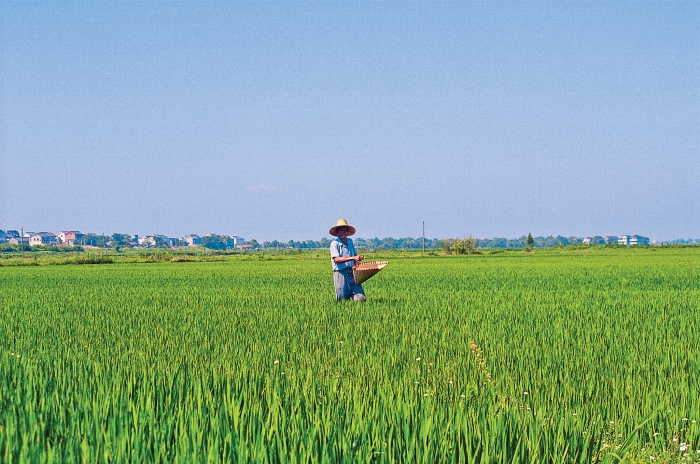 In late May, BASF announced that it is building a large agrochemical formulation facility in Rudong, China. The company pointed to the new plant as evidence that Asia is a priority region for its crop protection business, which consists mostly of pesticides and seed treatment chemicals. In the coming years, BASF said, it will boost investment in crop protection compared with its other businesses in the region.

BASF is not the only bullish one. The German firm’s announcement came amid a vast expansion in Asia by Western crop protection companies. The region offers strong appeal owing to population growth, rising demand for meat, shrinking availability of farmland, and government support of food self-sufficiency. Whether it’s building warehouses and formulation plants, boosting R&D, expanding sales forces, or launching new products for local crops, major players are doing it in Asia.

And if anything, the industry is just getting warmed up. As regional governments crack down more zealously on makers of fake or illegally copied pesticides, they set the stage for innovative crop protection firms to invest even more.

Employment numbers from industry leaders are telling. Since 2009, DuPont has doubled its nonmanufacturing crop protection staff in Asia to 500 people, according to Mark L. Swinchatt, Asia-Pacific regional business director for DuPont Crop Protection. At Syngenta, the world’s largest crop protection firm, headcount in the region has grown 52% to 5,900 since 2009. In 2012, Syngenta’s sales in Asia amounted to $1.8 billion.

Companies are launching products for which the main markets are in Asia. DuPont anticipates strong growth for new pesticides used on rice and Asian vegetables. Syngenta is heavily promoting its crop protection technologies, such as insecticides and fungicides, for rice. “We have initiated a lot of programs in China because that is where most of the world’s rice is grown,” says Steven Hawkins, regional director for Asia-Pacific at Syngenta.

The trend is the same elsewhere on the globe, according to Gautam Sirur, principal consultant at the Scottish crop protection consulting firm Cropnosis. “The industry is aggressively pursuing opportunities in the developing world—in India and China and Brazil,” he says. Crop protection companies, Sirur observes, have become more adept at fighting off counterfeit products, either by lobbying governments to better enforce their laws or by successfully suing local firms that offer copies of patented products.

Markus Heldt, president of BASF Crop Protection, agrees that the regulatory environment in the region is improving for international firms—both because of better protection for intellectual property (IP) and because regional governments are cracking down on the most environmentally harmful pesticides. “Those are being phased out, the countries are cracking down,” he says, and BASF and its competitors are poised to step in with products that are more modern.

Meanwhile, the pressure to increase agricultural productivity in Asia is intense. By 2050, according to Raman Ramachandran, senior vice president of BASF Crop Protection in Asia-Pacific, half of the world’s population will be in Asia. It’s a population that is generally becoming more affluent and demanding more meat. However, producing 1 lb of meat requires 3 lb of grain. In 1960, the average Asian obtained 4% of his or her calories from meat. In 2020, the proportion will be 28%, Ramachandran predicts.

Asia will have to produce more food with far less land, he adds. Farmland is being squeezed out as cities grow in size. By 2050, it will have shrunk to a little more than half of what it was in 1980. The difficulty of producing more food on less land is compounded by rising water scarcity and soil degradation in many parts of Asia.

Importing food is one solution, but the approach often isn’t politically palatable, observes Peter Warr, a professor of agricultural economics at Australian National University. For example, Indonesia is the world’s largest importer of wheat, he notes. “Indonesia does not like that because this puts it at the mercy of world prices.” In the past, the country banned rice imports only to discover that consumers shifted to other foods once local prices rose. “Increasing agricultural productivity is the better way to increase self-sufficiency,” he says.

Western crop protection firms have developed advanced seeds and crop protection chemicals to boost agricultural yields, but it can be tough to convince farmers to invest in them. 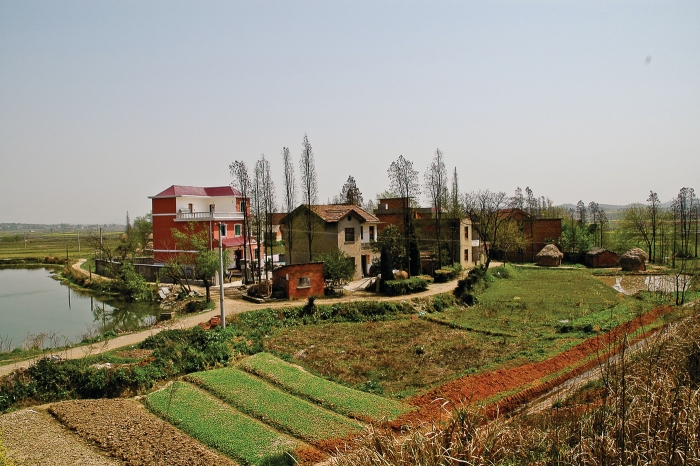 Farmers across Asia aren’t a uniform group, Syngenta’s Hawkins points out. The region includes sophisticated operators in countries including Japan, Taiwan, and South Korea. At the opposite end of the spectrum, other countries have only started the process of “technifying,” he says. China, probably the most promising market in Asia, “is well developed in terms of usage of pesticides, but they use old technology from local producers.”

To introduce newer pesticides and the seeds that go with them, Syngenta runs large-scale technical marketing programs in which it interacts with farmers over several months or years. Over time, Hawkins says, the company has made contact with millions of farmers in Asia. In a typical program, tens of thousands of them are introduced to a particular growing method involving Syngenta products. Many of the programs are implemented with the collaboration of government agencies.

In developing Asia, running such large-scale programs is crucial, DuPont’s Swinchatt agrees. “Farmers in the region are often marginal farmers with low education,” he says. “They often use the cheapest product they can get because they just don’t understand.” DuPont, he says, typically targets opinion leaders in farming communities and educates them on the benefits of the company’s products. It’s critical for DuPont to convincingly demonstrate that the products are worth their price, he says.

Less well established in Asia than its competitors, BASF has also started organizing education campaigns. In India, it runs a program called Samruddhi that has grown to involve 230,000 soybean farmers. Through Samruddhi, BASF advises farmers on how to prepare their soil and what pesticides to use as well as how to plant, harvest, and sell their product. BASF has deployed 700 employees and contractors to implement the program.

Indian farmers won’t necessarily adopt BASF products, but they do listen to the company’s representatives. “There’s not a lot of information that circulates in rural India,” Ramachandran says. According to an audit funded by BASF and conducted by the accounting firm PricewaterhouseCoopers, farmers who did participate in the Samruddhi program increased their income by 36% after expenses.

BASF is playing catch-up in Asia in terms of its market penetration and infrastructure. Largely owing to sensitivity around IP protection, the company has a market share in Asia of only 4%, by its own estimate.

Cropnosis’ Sirur believes that BASF is more sensitive to IP violations than its competitors because it carries fewer mature, off-patent products in its portfolio. After its acquisition of rival American Cyanamid in 2000, he says, BASF culled many older pesticides from its product stable.

At Syngenta, managers view IP in Asia as a problem that can be managed. The company does resort to the courts, as it did in 2004 in China when it discovered local competitors infringing on certain patents. In a signal that China was starting to protect patents more seriously, Syngenta won the case. “We don’t often go to court; that’s extreme,” Hawkins says.

In other cases, Syngenta may lobby government officials to enforce the laws of their country. Or, to combat counterfeiting, the company may provide a toll-free number that farmers can call to verify the authenticity of Syngenta products by reciting a code on the package. This approach is being implemented in Vietnam, Hawkins says.

IP issues have not been an obstacle to Syngenta’s growth in the region, Hawkins insists. “Better IP protection helps us, but there isn’t a linear relationship between that and our growth in the region,” he says. The company’s Asian sales and headcount have expanded steadily over the years, he notes. “As per regulatory requirements, we have R&D facilities in all the countries in the region, and beyond that, we have global R&D centers in China and in India.”

Still, IP violations remain a concern in Asia, DuPont’s Swinchatt acknowledges. “We have high R&D and registration costs for our products, many of which take 10 to 12 years to bring to market,” he says. “We need our investment to be protected.”

Poorly made copies of leading patent-protected pesticides remain an insidious problem in Asia, Swinchatt notes. Such activities are difficult to detect, and the less effective products may foster pest resistance, he says. Early pest resistance harms crops, and it reduces the market life of the DuPont product, Swinchatt says.

At the same time, a fixation on IP infringement can distract from the vast opportunities offered by Asia, Swinchatt warns. “Asia is the world’s most populated region, it enjoys fast economic growth, and yet many people here remain malnourished,” he says. “Enforcement of intellectual property rights may be patchy, but the balance weighs toward investing more in the region.”

And DuPont Crop Protection staffers in Asia—as well as their counterparts at other companies—are an enthusiastic bunch, Swinchatt points out. Unlike employees of some other industries, he observes, their work unquestionably benefits society.

“Crop protection in Asia is a business opportunity, but also a great and important challenge,” Swinchatt says. “We are excited to help provide more food, and in particular more meat, to a world population that will soon reach 9 billion, using less land and with less environmental impact.”