For researchers, creating chemicals that become commercially available is deeply satisfying, if not terribly lucrative

BIG BOOK
[+]Enlarge
Credit: Linda Wang/CEN
Getting a reagent into a catalog is a sign of success. 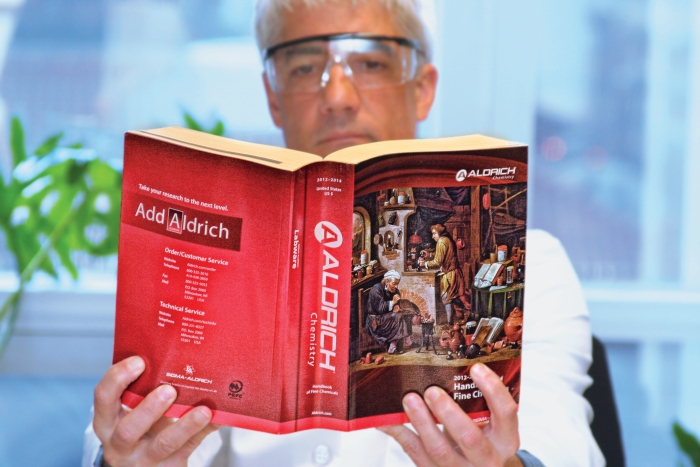 Credit: Linda Wang/CEN
Getting a reagent into a catalog is a sign of success.

Academic chemists have many yardsticks for measuring success: publications, patents, citations, awards. But professors know they’ve really made it when a chemical invented in their lab makes it into the pages of a reagent catalog.

Whether it’s the behemoth “Aldrich Handbook of Fine Chemicals,” which lists more than 40,000 compounds sold by Sigma-Aldrich, or a smaller niche catalog, such as that from Strem Chemicals, getting a reagent into a catalog is the equivalent of a musician being featured in the pages of Rolling Stone.

But these days you don’t have to be a rock star of chemistry to have a chemical become commercially available. Vendors such as Sigma-Aldrich and Strem primarily seek out interesting reagents for their portfolios by poring over publications, attending conferences, and talking with their customers. But if a chemist has a compound that could be of interest to the larger community, the firms tell C&EN, that researcher should get in touch.

That’s exactly what Phil S. Baran did two years ago when his lab created a reagent that adds difluoromethyl groups to certain compounds—a tool they thought would find use in optimizing pharmaceutical leads. “We approached Sigma-Aldrich before our paper was even published,” recalls Baran, a chemistry professor at Scripps Research Institute, La Jolla, Calif. “We contacted them and said, ‘This is going to be a really useful reagent. We’d like to have it commercially available when the paper comes out.’ ”

Getting a reagent on the market these days is akin to the iTunes model, Baran explains. Whether you’re a rock star or a member of a band waiting for that first big break, pretty much anyone can put a song on iTunes. After that, the public decides through downloads what’s a hit. The same goes for reagents. You might have the next chart-topping catalysts on your hands, or maybe not.

“There’s no risk on the side of either party,” Baran says. “Aldrich doesn’t lose anything because they list a compound you filled the first 10 or 20 vials of. You don’t lose anything, and you’re able to tell the community, ‘Hey, this reagent is out there if you want to use it.’ If your reagent is useful, the numbers will speak for themselves, and Aldrich will have an incentive to start making it. If it turns out to be a boutique reagent that sells maybe one or two vials a year, then you have to consider if you’re going to keep supplying Aldrich with that material.”

Amanda Halford, vice president of academic research business at Sigma-Aldrich, says inquiries from academics are one of the many ways the company finds new reagents to list, although she notes that the process is a little more nuanced than the iTunes analogy might suggest. “It’s not difficult to list a product for sale, in the sense of putting it on a website, but you have to remember these are chemicals,” she says. “They’re products that require compliance, safety, and packaging.”

Baran’s difluoromethylation reagent turned out to be something of a hit. As a result of success with his chemicals, Sigma-Aldrich recently inked a deal with Scripps to provide funding to six of Scripps’s professors in exchange for quantities of useful reagents and molecular building blocks they discover. On the day the scientists’ research is published in scholarly journals, Sigma-Aldrich will make the new compounds available to other scientists.

“The Scripps partnership allows both Scripps and Sigma-Aldrich to bring new science to market much more quickly and to have the products available for global distribution at the time of publication—that’s when there’s peak demand for the product,” Halford says.

“Getting technology quickly to market is important because scientists want access to whatever they read about immediately,” says Ephraim S. Honig, chief operating officer of Strem Chemicals. “They have to solve their problems today. They don’t want to wait six months to try out a new catalyst that they read about.”

Honig points out that reagent makers, such as Strem, play an important role in helping to commercialize academics’ technologies. “We make their products widely available quickly to the research community,” he says. That availability is important, Honig says, because it lowers the barrier for use. Scientists looking to try out a new catalyst are much more likely to do so if they can buy it, rather than having to make it from scratch.

“When you’re in a catalog, it means somebody values your chemistry,” says Bruce H. Lipshutz, a chemistry professor at the University of California, Santa Barbara. Reagents from Lipshutz’s lab have been featured in the Aldrich handbook since the early 1980s, when the company started selling one of his protecting groups.

READY TO ROLL OUT
[+]Enlarge
Credit: Sigma-Aldrich
A commercially available reagent gets bottled for customers. 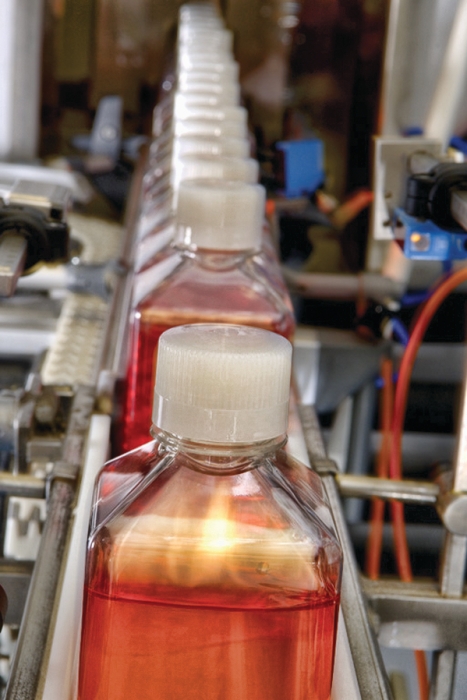 Credit: Sigma-Aldrich
A commercially available reagent gets bottled for customers.

More recently, Sigma-Aldrich has been selling some of Lipshutz’s surfactants for doing green chemistry. In recent years, Lipshutz says, the company has been particularly adept at working with academics. It even let him help set the price point of the most recent surfactant to come out of his lab, a reagent called Nok.

“The thesis behind Nok was that it was cheaper, faster, and better” than surfactants currently on the market, Lipshutz says. Nok features a phytosterol instead of vitamin E, dramatically cutting its cost. Because of this, he points out, he couldn’t have Nok go on the market at as high a price as those of other surfactants. So Lipshutz negotiated the pricing with Sigma-Aldrich. This way, he says, he doesn’t look foolish when he talks about Nok’s cost savings, and Aldrich doesn’t look greedy.

When chemists began asking Milton R. Smith III and Robert E. Maleczka Jr. for the catalysts and other compounds they’d been developing, the Michigan State University chemistry professors saw an opportunity bigger than a partnership with an established reagent maker: They decided to start their own reagent company.

“We were able to make compounds that you just couldn’t buy and weren’t easy to make in a straightforward manner, and yet folks wanted the compounds. That’s what drove us to think about starting the company,” Maleczka says. With some financial backing from the state of Michigan in hand, the professors paid $25 in 2005 to register BoroPharm. Two years later, they had employees and a catalog. Today, the company sells more than 3,000 boronic acids and other reagents.

“One of the things we learned early on was that we weren’t going to be the CEOs,” Maleczka says. “Running a company is a full-time job and so is being a professor. I don’t think there’s any way you can do both.” Starting a company is doable, he says, but you have to be entrepreneurial. “We put our own money into this, and it could have gone belly-up,” he says.

BoroPharm’s business over the past few years has proven to be modestly profitable, although Smith notes that most of those profits have been reinvested into the company. “I still drive a used truck,” he says.

The academics who spoke with C&EN say having a reagent become a commercial success doesn’t mean they’ll be able to retire on the royalties. In fact, most say they’ve earned very little from their reagents. “Everybody thinks that I’m rich because of this, and I’m not,” says Stephen L. Buchwald, a Massachusetts Institute of Technology chemistry professor who has developed a number of commercially available ligands. Most reagents, even when they’re popular, just don’t bring in that much money, he says.

John F. Hartwig, a chemistry professor at UC Berkeley who started his own company, Catylix, two years ago to help commercialize a trifluoromethylating reagent developed in his lab, says he doesn’t believe that profit is paramount. Commercializing a chemical product means you’re getting your chemistry into the hands of other researchers, he says. “The principal investigator may not be able to buy a dream house with a royalty payment,” Hartwig says, “but turning an academic discovery into something that can be widely used is important.”

Reaction Mechanisms
Podcast: Chemists debate the value of name reactions in organic chemistry
Synthesis
Where has all the sparteine gone?
Business
Sigma-Aldrich, Scripps Speed Access To Reagents
Share X
To send an e-mail to multiple recipients, separate e-mail addresses with a comma, semicolon, or both.
Title: Reagent Retailers Catalog Academics’ Hit Compounds
Author: Bethany Halford
Chemical & Engineering News will not share your email address with any other person or company.