Seeds Of A Castor Oil Revival

INDIAN (NON)FOOD
[+]Enlarge
Credit: Shutterstock
Some 80% of the world’s supply of castor oil, a nonedible oil extracted from this plant, comes from India. 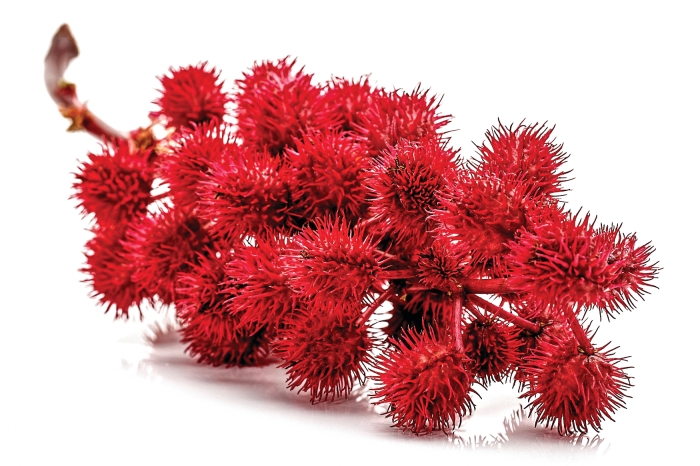 Credit: Shutterstock
Some 80% of the world’s supply of castor oil, a nonedible oil extracted from this plant, comes from India.

The castor oil business has changed considerably since Robert Kolb first trekked into Brazil’s interior with his father to meet with castor bean traders.

At the time, the 1950s, castor beans were widely traded commodities, thanks to the use of their oil to manufacture alkyd paints and industrial greases.Kolb’s father worked for the Baker Castor Oil Co., which ran a plant in Bayonne, N.J., that extracted the oil from the beans and sold it to paint companies.

In the ensuing years, water-based paints eclipsed alkyds, depriving castor oil of a major market. Brazil started crushing its own beans, forcing the Bayonne plant to focus on oil derivatives instead. India later surpassed Brazil as the major source of castor oil and now is the source of about 80% of the world’s supply.

But thanks to its useful handles for chemical reactions, castor oil continued to be used in myriad personal care, automotive, and industrial applications. Now the oil is getting a second life as a raw material for polyurethanes and specialty nylons desired by auto manufacturers and other companies looking to boost the renewable content of their wares.

Last month, for example, the Japanese firms Mitsui Chemicals and Itoh Oil Chemicals announced a joint venture with Jayant Agro-Organics, an Indian castor oil refiner, to produce castor-oil-derived chemicals for the auto industry. At a facility in Gujarat, India, the partners will convert castor oil into polyols. Mitsui will combine them with isocyanates to create polyurethane foams for automobile interiors.

And in the spring, two European chemical companies stepped up participation in castor-oil-derived nylon. Arkema announced the acquisition of a 25% stake in Jayant’s castor-oil-producing subsidiary to secure oil for making nylon 10,10 and 11. Solvay said it will build a facility in Lyon, France, to produce nylon 6,10, another castor-oil-derived polymer.

These developments are harbingers of growth for the castor oil industry, according to Kolb, who now runs Latina, a New York City-based firm that imports the oil and its derivatives. Global castor oil output has risen from about 500,000 metric tons annually in the mid-2000s to roughly 700,000 metric tons last year. And given that the castor oil plant is a hardy one that thrives on marginal land where food crops won’t grow, the opportunity for more expansion is there, Kolb says.

Like other vegetable oils, castor oil ,known chemically as ricinolein, is a triglyceride—a glycerin molecule in which the three hydroxyl groups are esterified with a long-chain fatty acid. But in other ways castor oil is unique, according to Tom Pensak, a business director at the specialty chemical maker Vertellus Specialties who has worked with castor oil for more than 10 years.

For starters, castor oil is chemically consistent from season to season and from growing region to growing region, Pensak says. In addition, the main fatty acid is ricinoleic acid, an 18-carbon compound notable for the hydroxyl group on its number 12 carbon. On top of the hydroxyl group, castor oil offers chemists an ester linkage and a single double bond per fatty acid chain.

Vertellus owns the Bayonne plant once operated by Baker Castor Oil. In Bayonne and at a facility in Greensboro, N.C., Vertellus further refines castor oil and manufactures derivatives that take advantage of its functionality.

Castor oil has been used in such applications for decades because it works—not because it is a renewable resource, Pensak notes. “Almost in each and every application, customers don’t buy castor oil because it’s green,” he says. “They buy it for cost and performance. Green is a bonus.”

Cost and performance are critical to the auto industry, but so is appearing environmentally sensitive to consumers. As a result, automakers such as Daimler, Fiat, and Ford have been turning to castor oil derivatives to cut the petrochemical content of their vehicles and increase their use of renewable or recycled materials.

A natural polyol, castor oil can be used as is to produce polyurethanes, although it’s sometimes first modified with ethylene or propylene oxide. For the instrument panel in the 2012 Ford Focus, the automaker worked with the chemical company BASF to produce polyurethane padding containing a castor-oil-derived polyol. The companies say the foam is more durable than its predecessors, with better tear strength and reduced elongation.

The Indian venture among Mitsui, Itoh, and Jayant is also targeting the auto market. Mitsui, which calls itself the largest supplier of polyurethane raw materials for Japanese car interiors, claims the venture will make castor-oil-derived polyols competitive with petrochemical ones. The output of the Indian plant will be sold through six polyurethane formulation facilities that Mitsui operates in Asia. 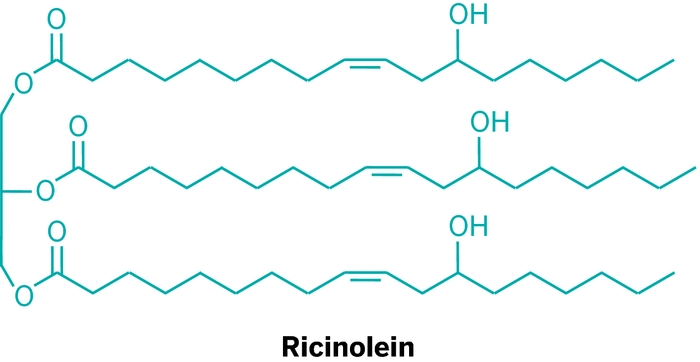 The auto industry is also interested in castor-oil-based nylons, and several suppliers of high-end polymers—including Arkema, BASF, DSM, and Solvay—have been adding them to their lineups.

One family of nylons is created by splitting ricinoleic acid into 2-octanol and sebacic acid, a 10-carbon dicarboxylic acid. Sebacic acid is then reacted with a diamine to produce nylon 4,10 or nylon 6,10. Customers can claim that more than two-thirds of these polymers come from renewable resources.

In response to customer requests for renewable raw materials, BASF reintroduced nylon 6,10 in 2007 after a decades-long absence from its portfolio. Since then, according to Vinny Sirani, a business manager in the firm’s polymers business, the product has found a niche in making automotive fuel line connectors plus some uptake in the fabrication of the fuel lines themselves and in the footwear industry.

To get another important castor-oil-based polymer, nylon 11, ricinoleic acid is reacted with methanol, split, and then further processed to yield the raw material aminoundecanoic acid. Arkema is the world’s only supplier of nylon 11, producing it for many years in France and the U.S.

The company doubled down on castor oil chemistry last year when it acquired a pair of Chinese companies, Casda Biomaterials and Hipro Polymers, that produce sebacic acid and nylon 10,10, respectively. Since the acquisitions, Arkema has tripled nylon capacity in China, responding to growth in markets such as fuel lines, truck air brake systems, and piping for oil and gas.

It was its increasing consumption of castor oil that led Arkema to link up with Jayant, according to Lionel Guerdoux, managing director of Arkema’s specialty nylons business. The Chinese acquisitions doubled the firm’s castor oil consumption to about 20% of world output, so stability of supply is paramount.

Indeed, stability, or the lack thereof, in castor oil’s supply and price is a concern of everyone involved. Narasimhan Santhanam, director of Energy Alternatives India, a consulting firm that runs the website CastorOil.in, says the price of the oil doubled in 2011 to $2,300 per metric ton. In response, farmers planted a bumper crop last year, resulting in a surplus of castor beans and a drop in oil prices to more normal levels.

“Overall, the market is growing,” Pensak says, “but volatility in cost plays havoc for a formulator that wants to make a commitment to castor oil.”

Guerdoux says the Indian joint venture is Arkema’s effort to minimize volatility for his company and the market at large. “We don’t like volatility. Nobody likes volatility,” he says. Although the venture won’t be finalized until the end of the month, he already sees it as a vehicle for Arkema and Jayant to promote better castor oil farming practices and expand supply in India.

“We see 5–10% growth for our nylons, so we need to have sustainable supply,” Guerdoux says. “We want to be involved in the castor oil market in order to develop new ideas and prepare for the future.”

Comments
Jill A. (October 21, 2013 7:24 AM)
Thank you for this interesting article! The castor plant is so colorful, makes a person want to see one up close.
Reply »