Book Not So Smart 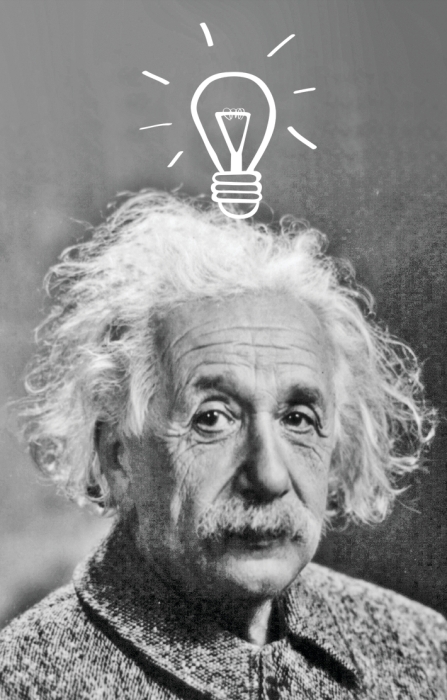 There is, I’m told, a preschool in Manhattan that requires DNA tests to judge its applicants’ potential for success. In a world like this, you’d be forgiven for thinking your intellectual destiny was decided long ago, if not by your genes then at least by how many languages your preschool taught. But what if there were a way to train your mind to think better?

Roberta B. Ness thinks there is. Her new book, “Genius Unmasked,” describes the mental steps big thinkers took in developing breakthroughs in science and technology. Ness, an accomplished public health researcher and an expert on innovative thinking, proposes that geniuses employ a common set of mental tools to develop their breakthrough ideas. By mimicking them, anyone can learn to think better.

To show how it’s done, she narrates major achievements like Darwin’s theory of natural selection, the invention of the Internet, and Norman Borlaug’s agricultural Green Revolution, showing how these innovators used some or all of the 14 facets of genius Ness has identified. These include asking fundamental questions, changing one’s point of view, using inductive and deductive reasoning, and being persistent. Each chapter closes with a recap of the innovator’s thought process and includes a scorecard showing which tools he or she used.

It’s an attractive idea and may even be correct. Ness, a medical doctor turned public health expert, has taught and written extensively about innovative thinking. Sadly, the book does more harm than good for her theory’s advancement. 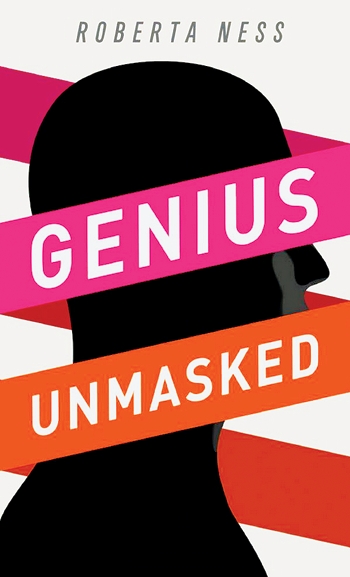 Ness’s argument demands she demonstrate several things: that thinkers who did not use her 14 tools of genius failed; that using those tools will increase a person’s chance of thinking better; and that Einstein and others depended on those tools to formulate their breakthrough ideas. As Ness writes: “Genius actually involves a set of strategies. And those strategies can be emulated.”

The first of those three points may be impossible to prove. Except to say that I myself have not yet developed a unified theory of physics, and in the course of failing to do so I have not been using Ness’s 14 tools of genius, I’m not sure that Ness could be expected to address that charge.

The second, however, is crucial to the book’s mission. Even if Ness can conclusively prove that the toolbox is integral to the narratives of scientific progress she presents, she must also show that thinkers using those tools have a higher success rate than those who do not. Without that, there’s no reason to crack this book open.

In fact, it seems likely that many experiments that didn’t lead to earth-shattering new theories were conceived using the strategy she describes. It involves basic steps like drawing analogies, adapting others’ work, and breaking down big problems into manageable pieces. These are probably the same steps any graduate student uses.

What’s more, I would wager that ideas we know to be wrong were probably developed with that same toolbox. Phlogiston—a theorized substance once thought to be responsible for combustion—is a well-known and oft-ridiculed example of science striking out. But there’s good reason to think that the theory’s creator, Georg Ernst Stahl, used the tools Ness describes. He paired careful observation with inductive and deductive reasoning, drew on the work of others while also forging his own path, and expanded the theory to include rusting. That he was ultimately wrong may be due mostly to the equipment at his disposal. It seems unlikely, anyhow, that his intellectual strategy is to blame.

“Genius Unmasked” does not address these issues, but it even falls short in its primary goal of showing the reader that the elements of genius thinking can be neatly distilled. Some of the dozen or so narratives definitely work, like Maria Montessori’s, whose development of a new teaching method really does seem to include the mental steps that Ness is promoting. Montessori’s story is also a good example of one of the book’s strengths: recognizing the genius of thinkers like Montessori or Russell E. Marker, whose synthesis of progesterone led to modern birth control pills. These innovators aren’t often put on the same footing as Darwin or Einstein, but their inclusion here feels right.

Montessori isn’t the only genius whose portrayal bolsters the toolbox theory of genius, but most of the chapters give the impression that Ness has to stretch the narrative a little to make it fit her framework. The worst may be Marie Curie’s use of analogy.

At the close of the 19th century, Marie and Pierre Curie were working with pitchblende, the uranium-rich mineral in which she would later find polonium and radium. Marie realized that pitchblende produced much higher levels of radiation than uranium could explain, leading the couple to hypothesize that the mineral contained other, more radioactive elements.

“How did she draw this prescient conclusion?” Ness asks, then answers: “Likely it was by means of analogy to another recent elemental discovery” (Ness italicizes the names of her tools in the text, a condescending gesture)—namely, William Ramsay’s separation of argon from nitrogen several years earlier. Two paragraphs later, Ness asserts that “Curie probably drew insight” from analogy to the work of British physicist Lord Rayleigh. Her evidence is that Curie read scientific writings in several languages.

As far as I have been able to determine, there is no proof that Curie was inspired by Ramsay or Lord Rayleigh, who helped point Ramsay in the right direction. Curie’s use of “analogy” pushes her score up to eight of 14 tools of genius, so perhaps Ness thought her inclusion would be more suspect without it, although she was surely a genius by any measure. That’s not to say it’s impossible that Curie was so inspired and certainly not to imply that Ness is being dishonest. But Ness employs this kind of contortion to varying degrees throughout the book to make unique and kinetic stories of discovery fit her theory of genius. The effect on the reader is a sense of discomfort that discolors the rest of the book.

What’s worse, the above example overshadows one of the most compelling arguments Ness makes, that Pierre Curie’s decision to abandon his own research and help Marie isolate new elements shows that they recognized the value of collaboration.

For all that, it’s the little flaws that do the most to drag this book down, rather than its serious logical problems. For one, Ness has a striking affinity for controversial figures. A chapter highlights Stanley Milgram’s infamous experiments on the psychology of authority, in which the subject believed he was delivering extremely painful and perhaps even fatal electrical currents to another person. The next chapter profiles Ancel Keys, who starved volunteer conscientious objectors during World War II to learn how to feed malnourished European populations. Ness does acknowledge their ethical transgressions, but in the pantheon of geniuses perhaps there are better choices than these men, whose biggest legacy may have been stricter research ethics standards.

Also curious is her inclusion of Jonah Lehrer, who fabricated Bob Dylan quotes for his book “Imagine.” Ness cites that book, albeit not the parts that Lehrer made up, but it’s disquieting that she doesn’t mention that Lehrer is an admitted hack.

More superficially, careless typos litter the book: “gravidity” in place of “gravity,” “viscous” instead of “vicious,” “in sink” rather than “in sync”; errant punctuation; words missing or printed without a space between them. I actually contacted the publisher to see if they had sent a prepublication version; they hadn’t. Together, these little weaknesses contribute to the overall sense that the book is built on an unstable foundation.

I am willing to believe that Ness’s 14 mental tools can help people to think better and more creatively. But it’s in spite of “Genius Unmasked” that I find her theory credible. Students may get the most out of the book, as they hopefully have not yet settled into bad mental habits. On the other hand, the average high school student is likely to be even less forgiving than I of a book whose typos and other carelessness could drain any teacher’s red grading pen.

Sam Lemonick is a freelance science writer in Washington, D.C.