Federal Research Back At Work

Funding: Government reopens with budget pact, but effect on science programs is uncertain 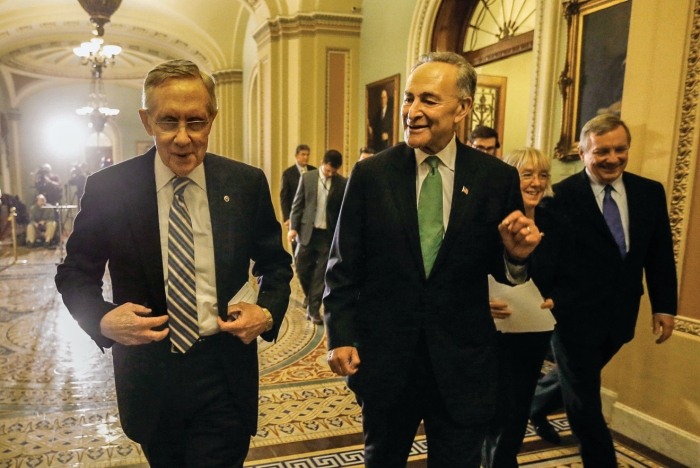 Government researchers are returning to their labs, and funders are restarting frozen grant programs—at least for now—after a 16-day government shutdown and congressional budget impasse that paralyzed most federal science agencies.

Congress reached a deal this week, but how quickly agencies can resume normal operations is an open question. Some scientists weren’t sure what they would find when they return to stalled experiments, for example.

“Research typically isn’t a start-and-stop operation,” says Eleanor Dehoney, vice president for policy and programs at the advocacy group Research!America. “Some things have to start all over.”

Time-sensitive research opportunities may have been lost. One example is data collection for the U.S. Antarctic Program, which recently closed its research stations. Byron Adams, a biology professor at Brigham Young University, is optimistic he can make it to Antarctica this year, but he isn’t sure. “It’s really in a state of flux.”

That instability may return in three months because the deal that ended the shutdown continues funding only until Jan. 15, 2014, at current levels including sequestration. At that point, if a longer-term budget agreement hasn’t been reached, there could be another shutdown. Although the pact extends the country’s ability to borrow money, it does so just until Feb. 7, 2014.

Congress has set up a committee to work out a longer-term budget plan by Dec. 13, including whether sequestration would continue to cut federal spending. Given the political situation, “no one has confidence that this isn’t going to happen again,” Dehoney says.

Science was hit particularly hard in this shutdown, with some federal research agencies furloughing more than 90% of their employees. Those workers are relieved that the deal includes back pay for that period.

For science funding agencies, the peer review process has been severely disrupted, says Carole LaBonne, a molecular biosciences professor at Northwestern University. At NIH, the shutdown came just as dozens of review panels were set to meet. It will be difficult to reschedule those in-person meetings, she says. When dealing with the lowest grant funding rates ever because of budget stagnation and sequestration, “really hard, painful decisions have to be made. Those are just not made effectively without people in a room together.”

But the biggest long-term impact may be on students, says LaBonne, who runs a doctoral program for life scientists, chemists, and engineers. “The best and brightest trainees are not going to be attracted to a career in research,” she says. That will be especially true in federal labs. “I don’t know how NIH is going to recruit anyone of high caliber after this,” she says.

“This shutdown has hobbled our scientific pursuits, damaged our reputation as a world leader in science and engineering, and impacted important research that has a real impact on the lives of Americans,” says Rep. Eddie Bernice Johnson (D-Texas), ranking member on the House of Representatives Committee on Science, Space & Technology. “I sincerely hope that we consider that as we embark on future budget negotiations.”

Research Funding
As a partial US government shutdown continues, chemists feel the pinch
Research Funding
Ongoing US government shutdown strikes chemistry
Policy
Federal Budget Deadline Looms
Share X
To send an e-mail to multiple recipients, separate e-mail addresses with a comma, semicolon, or both.
Title: Federal Research Back At Work
Author: Andrea Widener
Chemical & Engineering News will not share your email address with any other person or company.