Chemists Dispute How 'Into The Wild' Protagonist Chris McCandless Died 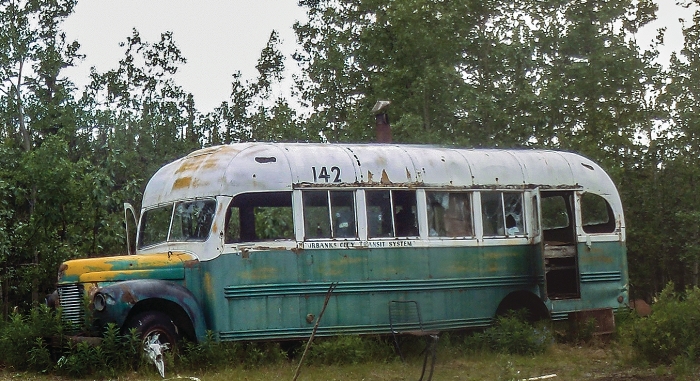 Credit: Wikimedia Commons/Erik Halfacre
This is the dilapidated bus where McCandless’s body was found.

In 1992, a party of moose hunters discovered the remains of a 24-year-old man in the Alaska wilderness. His name, they would learn, was Christopher J. McCandless. His tale would rise to international prominence in 1996 as the subject of a best-selling book, and later a movie, called “Into the Wild.” 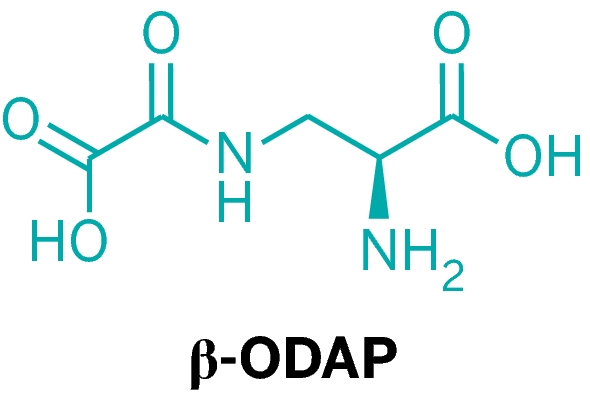 Effects: Glutamate mimic and neurotoxin. Its mechanism is not fully understood. Long-term exposure affects neurons in the lumbar portion of the spinal cord, paralyzing legs, a condition known as lathyrism.

Who’s at risk: Lathyrism occurs when a plant such as grass pea is consumed as a sole food source for a period of weeks or months. Men are more susceptible than women.

The story polarized readers. Some praised McCandless’s choice to leave a comfortable existence to embrace the uncertainty of the backcountry. Others derided him as an unprepared fool.

A coroner’s report ruled the man probably starved to death. But his photos and cryptic diary pointed the author of “Into the Wild,” Jon Krakauer, elsewhere. In his book, he posited that McCandless accidentally ate a poison. And last month, in a blog post at The New Yorker, Krakauer cited a new chemical analysis supporting the idea that McCandless ate poisonous seeds from a wild potato known as Hedysarum alpinum. Though this plant is thought to be nontoxic, he wrote, the seeds actually contain crippling levels of a neurotoxic amino acid, β-N-oxalyl--α,β-diaminopropionic acid (β-ODAP).

But those data, from high-performance liquid chromatography (HPLC) separations of potato seed extracts, don’t show what Krakauer says they do, according to experts who reviewed the report for C&EN. In fact, they say, the extract was barely separated at all, making it impossible to tell what the seeds contain.

However, “there are problems with that report,” says Daniel W. Armstrong of the University of Texas, Arlington, who specializes in chromatographic separations. He says the HPLC data cannot be used to conclude that wild potato seeds contain β-ODAP.

To search for β-ODAP in the potato seeds, Avomeen adapted an existing published protocol, Armstrong explains, but Avomeen’s data differ dramatically from what would be expected on the basis of the protocol.

Avomeen’s purported β-ODAP peak exits the HPLC column after less than three minutes, Armstrong says. This suggests that the seed extract had little to no interaction with the HPLC column. Without interacting with the column for a longer time, the extract’s many components cannot be separated effectively. The peak is “somewhat broad and misshapen,” Armstrong says, further suggesting that the peak contains a mixture rather than β-ODAP alone.

Avomeen’s β-ODAP peak was also the first thing to exit the HPLC column, and that’s another oddity, says David G. Klapper, an emeritus professor at the University of North Carolina, Chapel Hill, and an expert in amino acid separation technology. Avomeen chemically modified the amino acids in the extract according to the literature procedure. This chemistry leads to formation of a salt, and in most cases this salt is the first compound to exit the column. “It would be very unusual indeed for the target compound to precede the salt,” and in the Avomeen report, the salt peak comes after the purported β-ODAP peak, Klapper says. Because of that “I would question the Avomeen data,” he concludes.

Philip J. Proteau, who studies natural products at Oregon State University, agrees there are serious questions. “These experiments are not conclusive in any way,” he says. Like Armstrong, he believes the single HPLC peak likely contains multiple compounds.

Klapper says it might be simpler to inject seed extract directly into a mass spectrometer. “Mass spec takes about a minute, but it is the gold standard for identification,” he says.

Proteau would like to see additional tests on top of MS. “Full confirmation of the presence of β-ODAP would require nuclear magnetic resonance data and proof that the correct -enantiomer is present,” he says.

Krakauer tells C&EN that Avomeen is conducting another round of analysis, this time with MS. Both Krakauer and Avomeen declined to comment for this story, pending the outcome of that test.

The idea is certainly worth follow-up work, the chemists say. “The analysis as it stands is far from conclusive, but the β-ODAP hypothesis is very intriguing,” Proteau says.

“If it’s true that β-ODAP is in the seeds of this particular plant, people need to know about that,” Armstrong says. If the seeds test positive, it might even be possible to perform another autopsy on McCandless’s body to search for evidence of the toxin, if the body hasn’t decomposed too much, Armstrong says.

“I am very interested in what [Avomeen] finds,” says Thomas P. Clausen, an emeritus professor from the University of Alaska, Fairbanks, who is an expert in plants’ chemical defenses. Clausen’s lab helped Krakauer analyze wild potato seeds for the first edition of “Into the Wild.” Clausen says it’s possible that his own lab’s analyses may have missed β-ODAP, but he’d like to see more data before he’ll be convinced that it is present.

No matter what the science ultimately decrees, Clausen says, there will always be those who refuse to change their minds about McCandless. “Alaskans are a little too hard on Chris,” Clausen says. “I don’t know anyone who’s spent time in the wilderness without making a few mistakes,” he says. “Chris just paid very dearly for his.” 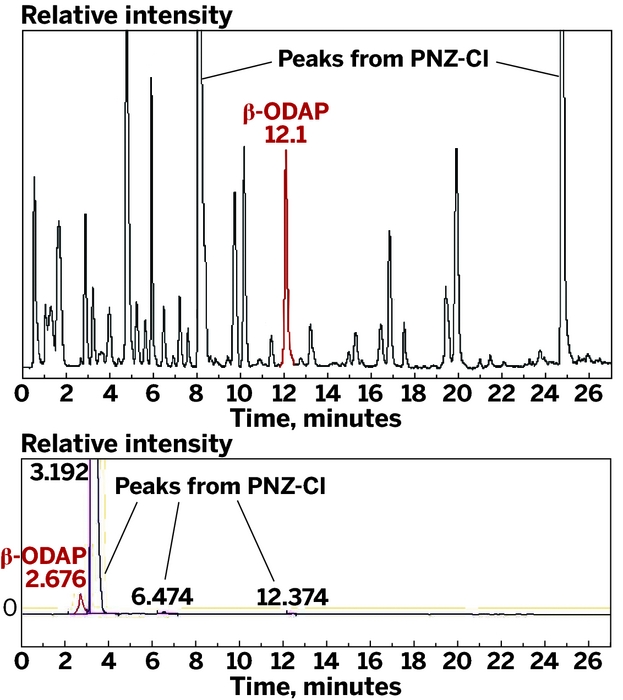 Carmen (November 24, 2014 10:30 PM)
Thanks for asking, Diana. That's not an idea I've seen discussed, though I don't have encyclopedic knowledge of the "into the wild" message boards. The short answer is "I don't know". The long answer: Chris's diet was severely limited in the wild. And it is true that rice is especially good at sucking up arsenic and other metals from the soil. But the question a chemist always asks herself is how much arsenic, how long, etc. Scientists still have serious work to do to determine whether long-term exposure to very low levels of arsenic affect health. Pulitzer prizewinning journalist Deborah Blum has covered the arsenic/rice question extensively. Here's one great article to get you started: http://www.wired.com/2013/09/fda-arsenic-and-rice/
Reply »

Bk (March 27, 2017 3:57 PM)
This is unlikely, as the effects from exposure to low levels of arsenic such as from consuming rice or drinking water contaminated at the tens of parts per billion level are typically only seen in epidemiological data; that is, there will be higher rates of bladder cancer and skin lesions in the exposed groups. Acutely toxic effects require much higher dosages.
Reply »