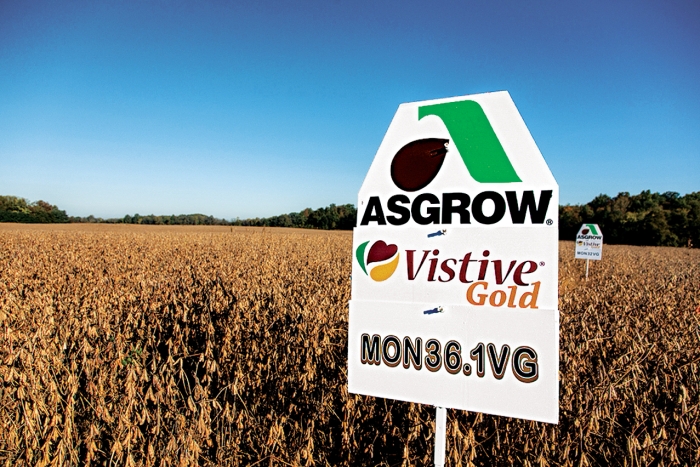 For most Americans, the phrase “oil spill” brings to mind the 2010 Deepwater Horizon disaster, which dumped 4.2 million barrels of crude into the Gulf of Mexico. But consumers dump a similar amount of used motor oil into the environment every year in the U.S. In fact, improper disposal of waste engine oil is a major cause of contamination of waterways, according to the Environmental Protection Agency.

Once oil enters soil or water it takes months for organisms to break it down, and it can leave behind toxic chemicals and heavy metals. Other industrial lubricants used in farm equipment, marine vessels, and lumberyards also routinely end up in soil and water.

One way to make industrial lubricants more environmentally friendly is to produce them from nonpetroleum raw materials. Vegetable oils rich in oleic acid can form a major component of the base oils that make up 90% of a finished lubricant.

But base oils made with vegetable oils tend to oxidize too quickly for use in many high-performance lubricants, such as motor oil, which has limited them to niche applications. To really take off, manufacturers need to overcome technical and cost limitations and enter the motor oil market, which represents about half of the overall lubricant market.

Several companies are betting that new technologies will soon tip the lubricant industry toward biobased ingredients. By 2015, the U.S. will see the ramp-up of higher-oleic soybean and canola crops. In addition, biobased chemical start-ups, such as Biosynthetic Technologies and Elevance Renewable Sciences, are developing catalytic processes for converting vegetable oils into more hardy molecules that can boost the performance and stability of lubricants.

Despite those shortcomings, biobased lubricants have seen slow but steady growth in the past eight years, according to Leo Dokos, research director at market research firm Frost & Sullivan, as manufacturers develop specialty additive systems to make the oils more stable. More recently, governments in Europe and the U.S. have enacted policies to identify, label, and promote the purchase of biobased lubricants.

Base oils made from soy or canola have the potential to continue carving out market share because they help make lubricants “environmentally acceptable,” defined by EPA as being biodegradable, with low toxicity to aquatic organisms, and with low potential for bioaccumulation.

In addition, vegetable oils can outperform petroleum base oils in a few key performance areas. They have a higher viscosity index, meaning they flow better at low temperatures and thus save fuel. At high temperatures they stay slippery rather than thin out. Whereas petroleum base oils can evaporate or even catch fire at high temperatures, vegetable oils are less volatile. Low-volatility biobased hydraulic oil, for example, safely lifts the elevators at the Statue of Liberty.

Green qualities and strong technical specifications will not be enough for biobased lubricants to flow into the motor oil market, however. “Without a doubt it requires major oil companies to invest in and provide support for the large volumes that would be needed for that application to take off,” Dokos says.

The oil majors have taken an interest in the activities of Irvine, Calif.-based Biosynthetic Technologies, says Jeremy Forest, technology specialist at the firm. In fact, BP Ventures is an investor in the company. One motor oil partner successfully put Biosynthetic’s vegetable-oil-derived base oil through a battery of tests, Forest says, but for the most part the big guys are happy to let the smaller firm do the development and scale-up work. “They don’t want to put time and money into formulating motor oils and bench testing without knowing this stuff will be available on the market.”

The Louisiana plant turns out a biobased base oil that Biosynthetic calls LubriGreen. The feedstock for LubriGreen is soybean oil derived from Monsanto’s Vistive Gold soybeans, which have been genetically modified to contain 75% oleic acid. Biosynthetic then crafts more stable molecules called estolides from the oleic acid. The company licensed its early estolide technology from the Department of Agriculture.

The estolide process requires a feedstock with at least 70% oleic acid. “We’re not necessarily tied to the availability of new high-oleic oil, but a domestic feedstock with a higher percent content definitely makes our long-term financial outlook a lot more promising,” Forest says. Vegetable oil with a lower percentage of oleic acid—like palm oil—could be used, but it would have to first be processed to isolate the oleic acid.

Monsanto’s plant scientists spent a decade working on the high-oleic trait in Vistive Gold soybeans. But it was only in the past three years that the firm recognized the potential market in biobased lubricants, says Product Manager Sarah Vacek. “We developed the trait with input from food companies on their ideal oil profile.” The goal was to create a healthy, shelf-stable oil to replace trans-fat-laden partially hydrogenated oils.

LINKED UP
[+]Enlarge
To make estolides, Biosynthetic Technologies begins with high-oleic vegetable oil (left) and removes the oleic fatty acids from the glycerin backbone. It then links the fatty acids together at the C=C bond (right).

To make estolides, Biosynthetic Technologies begins with high-oleic vegetable oil (left) and removes the oleic fatty acids from the glycerin backbone. It then links the fatty acids together at the C=C bond (right).

Meanwhile, DuPont’s Pioneer subsidiary is introducing Plenish, a soybean modified for high-oleic acid content and similarly targeted at the food market. Susan Knowlton, senior research manager and technical lead on the Plenish team, says increased stability is also what lubricant makers look for when comparing biobased oils. “When there is oxidation due to heat and oxygen, physical changes happen to the oil—the viscosity increases; it gets thick and gummy and doesn’t perform as a lubricant should. It can go downhill quickly in physical properties.”

The company is anticipating demand from the lubricant industry but views the opportunity as more embryonic than the food market, Knowlton says. “It’s hard to predict; if someone figured out how to make motor oil, it could really explode and maybe even be bigger than food—that’s the long shot.”

Even very high-oleic vegetable oil must be altered to be used as motor oil, Biosynthetic’s Forest says. A car engine is a stressful environment for oil because of high operating temperature, subfreezing weather conditions, and the possibility of contamination with water. 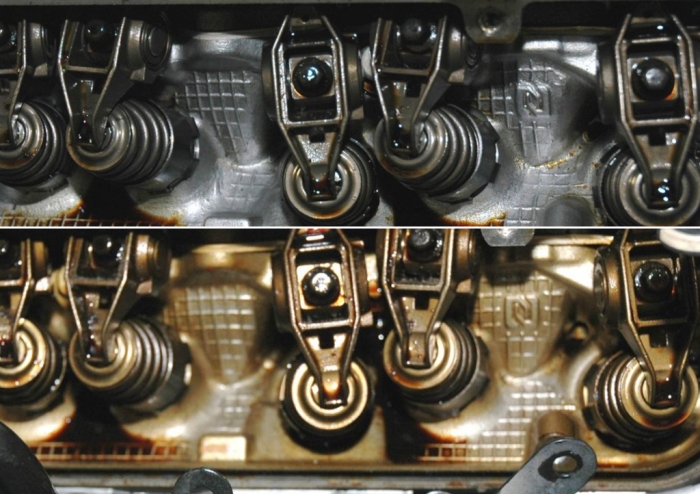 Biosynthetic applies an undisclosed—but common—catalyst to vegetable oil to remove fatty acids from its glycerin backbone, according to Forest. Then the firm strings the oleic acids together to form an estolide, in which the C=C bonds are self-saturated. A final hydrogenation step eliminates the remaining points of unsaturation, resulting in a molecule that resists oxidative breakdown. It also lowers the temperature at which a lubricant crystallizes—from close to freezing to as low as –40 °C.

Attacking sites of unsaturation is also how Elevance upgrades vegetable oil to produce lubricant base oil. The biobased chemicals company first uses olefin metathesis to create building block molecules from vegetable oils. Those molecules can then be further reacted to “create novel molecular architecture, such as by controlling molecular weight, geometry, and degree of branching,” says Gregory E. Gerhardt, the firm’s market development manager for lubricants.

Elevance is using palm oil at its first commercial facility, in Gresik, Indonesia. Its next planned biorefinery, in Natchez, Miss., will operate using canola or soybean oil.

While the new crop trait and catalyst technologies make their way into industrial lubricants, the biobased lubricant market continues to grow, albeit slowly, with the help of some government initiatives. In Europe, countries such as France have mandated use of biobased lubricants in sensitive areas in and around lakes and rivers.

The BioPreferred catalog includes hydraulic oils made by privately held Renewable Lubricants. According to company founder William W. Garmier, government customers include the National Aeronautics & Space Administration and the U.S. Coast Guard. The firm uses additives to help boost the stability of its vegetable oil feedstocks.

Over the summer the BioPreferred catalog listed its first, and so far only, purveyor of biobased oil for vehicle engines. The oil, from Green Earth Technologies, is made with beef tallow and has a biobased content of 37%.

Although they are not talking about it publicly, several major oil companies are plotting their three- to five-year plans to tap into the biobased auto lubricant market, Frost & Sullivan’s Dokos says. They will seek to measure the sustainability benefits, which should only increase with the availability of new high-oleic oils. “Modified crops change the balance,” he says. “If biobased lubricants are a sustainable solution for the future, sooner or later this will dominate the industry.”