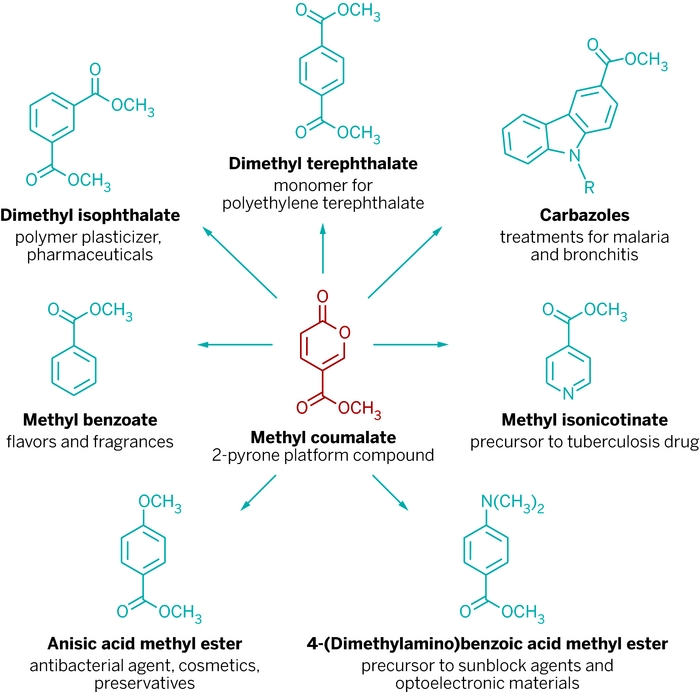 Shivani Garg had never planned on launching a biotech start-up company, at least not until recently. Like other biochemistry graduate students, she spent her days thinking about the experiments she needed to do for her thesis research—not intellectual property, patent portfolios, and venture capital.

The same was true for chemist Jennifer J. Lee. But all of that changed for both women, who are five-plus years into their graduate careers at Iowa State University, when they took an entrepreneurship course in their third and fourth year, respectively, that exposed them to the nuts and bolts of launching a start-up company. Now they’ve both been bitten by the entrepreneurial bug.

The two scientists play leading roles in newly founded small companies in the sustainable chemistry sector: Garg serves as president of OmegaChea Biorenewables, which uses enzymatic processing to make custom fatty acids, and Lee serves as research leader for SusTerea Biorenewables, a company that uses glucose-derived pyrones as platform chemicals to make an array of intermediate feedstock compounds. And both researchers serve in those capacities while continuing to work toward their Ph.D. degrees.

The course that triggered their business interests is principally the brainchild of Peter L. Keeling, innovation director and industry liaison for Iowa State’s Center for Biorenewable Chemicals (CBiRC), a National Science Foundation Engineering Research Center. In the class, “Technology-Led Entrepreneurship,” students gain experience in evaluating a technological advance and developing it into an early-stage business. The innovation can come directly from student research, but that’s not a course requirement. Those aims align with NSF’s mission to stimulate commercialization of promising university research discoveries.

“None of this activity is normally part of graduate education in science and engineering,” Keeling says. Students generally aren’t prepared to enter the workplace and think critically about business development, he adds. That lack of training can leave young scientists shortchanged in more than one way.

As Keeling explains, advocating for a pet project in a large company is quite similar to launching a start-up. Both cases involve coupling research results and technical expertise with formulating a business concept that can be presented to company managers, venture capitalists, or other potential supporters to garner the financial backing necessary to move forward.

Keeling knows this topic firsthand. A Ph.D. biochemist, he spent 20 years in the chemical industry, first at U.K.-based Imperial Chemical Industries (now part of AkzoNobel) then at Switzerland-based Syngenta. While at Syngenta, Keeling was instrumental in forming a spin-off, ExSeed Genetics, a plant biotech company that was acquired by BASF. 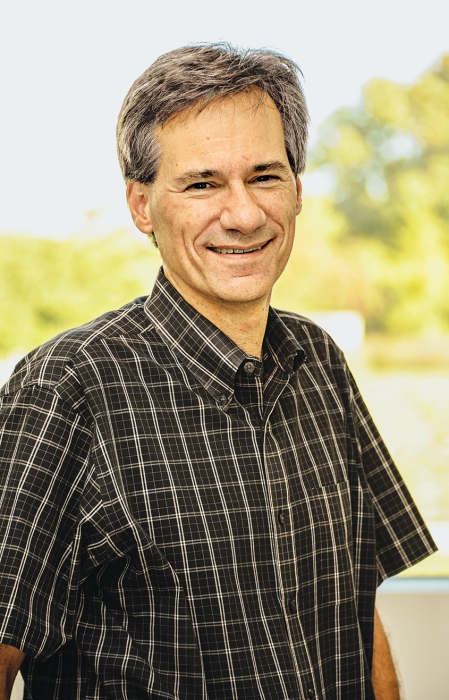 Academics often don’t have the interest, time, or mind-set to commercialize breakthroughs coming from their labs, Shanks continues. In some cases, academic discoveries make their way directly to industry via patent licensing. But often an extra step is required before industry is ready to invest, Shanks says. That step involves conducting a thorough market validation, which provides an analysis of how the discovery fits with industry’s needs and wants, and then modifying and further developing the technology to meet the determined objectives.

All that heavy lifting is typically done by a handful of “highly motivated people who rise up against all obstacles and launch a company,” Shanks says. “But if our objective is to translate technologies from the lab to the marketplace, we can’t just wait for those people to appear. We need to expand the pool of entrepreneurs by demystifying entrepreneurship.” That’s where the Iowa State course comes in.

But the word “course” understates its scope. Like other university courses, this one has a syllabus that outlines the content. It includes entries on federal Small Business Innovation Research/Small Business Technology Transfer grants, the ins and outs of venture capital, and other aspects of financing.

The syllabus also notes that students will learn about university research parks, project management, technical commercial analysis, and value proposition and business model formulation. It also says the course culminates in a “dragon’s den,” in which students step into the spotlight and pitch their business plan to would-be investors—a panel of faculty and students—who vote for the best presentations.

What the syllabus doesn’t point out is what happens after the semester ends. That’s when the real action begins. Students who presented the most promising business plans for biorenewables start-ups are offered the opportunity to turn their virtual companies into real ones. 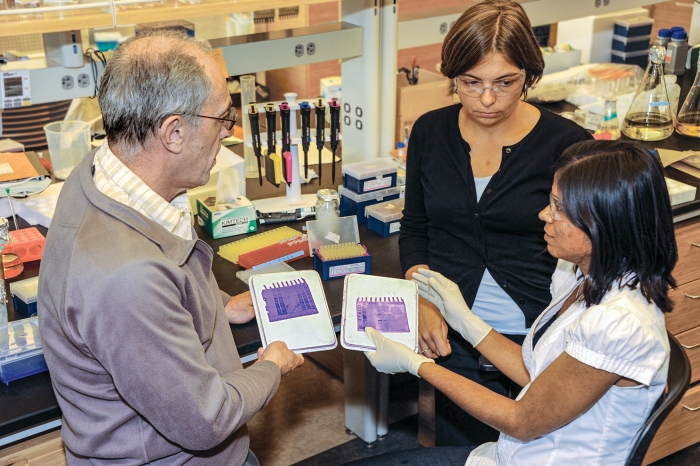 That process starts by pairing the student with a technical mentor, typically the student’s research adviser, and an experienced business mentor. The team collectively develops ideas for applying its technology industrially and evaluates and refines those ideas through direct discussion with potential customers, such as chemical companies and specialty materials suppliers. If all goes well, those efforts lead to launching a start-up company.

“That blows me away,” Keeling says. “I never expected that level of success.”

In Garg’s and Lee’s cases, the technology at the center of their companies comes directly from their research. Garg works with Iowa State biochemistry professor Basil J. Nikolau and CBiRC associate scientist Marna Yandeau-Nelson to develop enzymatic methods for making fatty acids with potential applications in polymers, lubricants, and surfactants. Garg’s Ph.D. work and OmegaChea’s technology is based on tailoring 3-ketoacyl-acyl carrier protein synthase III, an enzyme that initiates fatty acid synthesis in bacteria and plants, to convert sugars such as glucose and sucrose and other starting materials to customized fatty acids.

Lee works with Iowa State chemistry professor George A. Kraus on developing synthetic methods for converting pyrones, which they prepare from biomass-derived glucose, to a range of aromatic derivatives. Those compounds, which traditionally come from petroleum feedstocks, are used to make polymers, pharmaceuticals, cosmetics, flavorings, and other products.

Both start-ups have hit the ground running. Each team has won business development grants, including ones sponsored by NSF and others sponsored by the Commerce Department and administered by the state of Iowa. But the business responsibilities are time-consuming, especially for a graduate student.

“It’s tough to find the time to do both,” Lee acknowledges, but quickly adds that she thoroughly enjoys the tempo and that Kraus has been supportive and encouraging. Garg tells a similar story of the challenges of juggling both sets of responsibilities and of benefiting from her mentors’ support.

Asked about the downside of having a graduate student split her time in this way, Nikolau answers that it does delay progress in research and journal publications “a little bit.” But the benefits in Garg’s case are tangible, he adds.

“These start-up activities broaden her experience, make her more interesting as a scientist, and increase her motivation to succeed in research.” He adds that Garg is getting some of the career-defining experiences typical of a postdoctoral appointment in her graduate school years.

Victoria Gonzalez, a founding member of Nidus Investment Partners, a St. Louis-based technology scouting firm, also recognizes these benefits. Gonzalez says developing a technology and raising the funds to commercialize it “is a roller-coaster ride. It’s not for everyone.” She adds that a big benefit of the CBiRC program is that it gives people intrigued by entrepreneurship an opportunity and the guidance to get started on that path.

Steven T. Carter, a 20-year veteran of technology transfer and president of Iowa State’s Research Park, shares that view. “The entrepreneurship experience opens new doors and can change these young scientists’ lives forever,” Carter says. He adds that someone who never had this experience would be unlikely to view scientific advances in the same way.

“I am really grateful to have this opportunity,” Lee says. “It’s a lot different than what I expected I would be doing in grad school.” Ditto for Garg. “This has been amazing,” she says. “Once I learned about it, there was no way I could let this opportunity slip by.”

Electronic Materials
Chemistry in Pictures: Blooming brilliant
Ionic Liquids
Chemistry in Pictures: Papa’s got a brand new solvent
Materials
Fluorescent materials are the brightest ever made
Share X
To send an e-mail to multiple recipients, separate e-mail addresses with a comma, semicolon, or both.
Title: Students, Start-Ups, And Biorenewability
Author: Mitch Jacoby
Chemical & Engineering News will not share your email address with any other person or company.