It’s Not Over Yet

Slow economy has chemists still searching for work, and trying clever strategies to find it 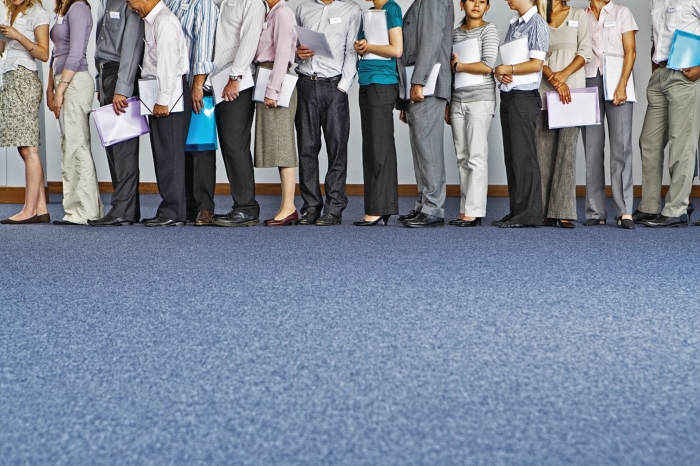 In economic terms, the U.S. is well into recovery mode following the end of the Great Recession in June 2009. “But if we go by how people feel, and how it’s affected people and their livelihood, we haven’t seen a full recovery,” says David Harwell, assistant director for career management at the American Chemical Society.

It’s Not Over Yet

Some chemists won’t. Although unemployment rates for chemists are lower than those for the U.S. workforce as a whole, downsizing in big pharma continues in the wake of patent expirations on blockbuster drugs. For example, Merck & Co. recently announced a round of layoffs that will slash an additional 8,500 positions from its workforce by the end of 2015, with about half coming out of the R&D staff (C&EN, Oct. 7, page 9). Earlier in the year, AstraZeneca said it would eliminate about 1,600 research jobs (C&EN, March 25, page 9).

“One can’t ignore the fact that there is still quite a lot of pain out there,” says Paul Hodges, chairman of International eChem, a London-based chemical industry think tank. “But there is a new dimension coming forward, which hopefully, over the next two or three years, will start to balance that out.”

That’s because low-cost fuel and feedstocks derived from previously untapped North American shale deposits have improved the competitiveness of the U.S. chemical industry, leading both domestic and foreign firms to announce plans to pour billions of dollars into new plants in the U.S.

In the short term, chemical engineers appear best placed to benefit from this building frenzy. In the long term, the benefits should spread to chemists as well.

In the meantime, some U.S. chemical companies are reporting improvements in third-quarter sales and earnings compared with a year ago (C&EN, Oct. 28, page 7). And although the American Chemistry Council’s Chemical Activity Barometer—an index of chemical industry activity that signals coming trends in the economy—slipped 0.1% in October compared with September, it’s 2.6% higher than a year ago.

These trends and their impact on chemical industry hiring are examined in the first article in C&EN’s Employment Outlook feature package, written by Assistant Managing Editor Sophie Rovner.

Next, Senior Editor Susan Ainsworth shares chemists’ stories about how they found their current jobs, revealing creative job-search strategies and providing encouragement for those struggling to find work.

In the final story, Senior Editor Linda Wang describes how to use the social networking website LinkedIn to stay connected and find a job.

Business
Subdued Employment Growth Ahead For Chemists
Employment
For Hire
Policy
It’s Still A Struggle
Share X
To send an e-mail to multiple recipients, separate e-mail addresses with a comma, semicolon, or both.
Title: It’s Not Over Yet
Author:
Chemical & Engineering News will not share your email address with any other person or company.