Conferences: Sixth Malta Conference convened amid unrest in the region

[+]Enlarge
Credit: Sarah Everts/C&EN
Researchers from Israel, Egypt, and the U.S. talk science at a reception at the U.S. ambassador’s residence in Malta. 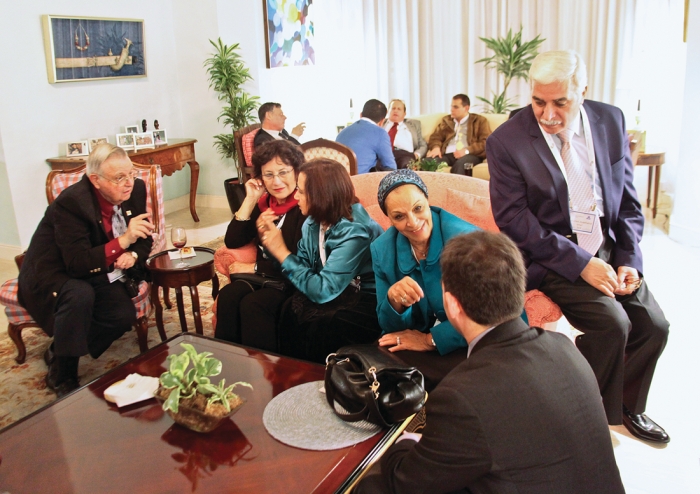 Credit: Sarah Everts/C&EN
Researchers from Israel, Egypt, and the U.S. talk science at a reception at the U.S. ambassador’s residence in Malta.

Eighty scientists from 15 Middle East countries including Israel, Jordan, Iran, Egypt, and Saudi Arabia, as well as the Palestinian Authority, met on Nov. 10–15 on the Mediterranean island of Malta to talk about science at “Frontiers of Science: Research and Education in the Middle East”—commonly called the Malta Conference.

The conference was the sixth in a series of biennial meetings that began a decade ago to bring researchers from the region together in a politically neutral location. The series was established so scientists who normally don’t have the opportunity to speak with one another can talk about their research and discuss environmental issues of mutual concern, such as freshwater scarcity or air pollution.

“At the Malta Conference we can forget about our borders, about politics, about nationality,” says Boshra Mossaad Awad, a chemist at Egypt’s Ain Shams University in Cairo. “We have only one nationality here—and that’s science.”

Enticing the Middle Eastern researchers to attend Malta Conferences is a lineup of high-profile speakers and performers. This year the meeting featured five Nobel Laureates, the president of Malta, and popular Iraqi ballad singer Mustafa Al-Ammar. But the primary benefit for attendees is the networking opportunities, says Hasan Dweik, a polymer scientist and a vice president of Al-Quds University, a Palestinian academic center in Jerusalem.

[+]Enlarge
Credit: Sarah Everts/C&EN
Scientists from Egypt and Qatar chat with the U.S. Ambassador to Malta (middle) during a reception at her residence during the Malta conference. 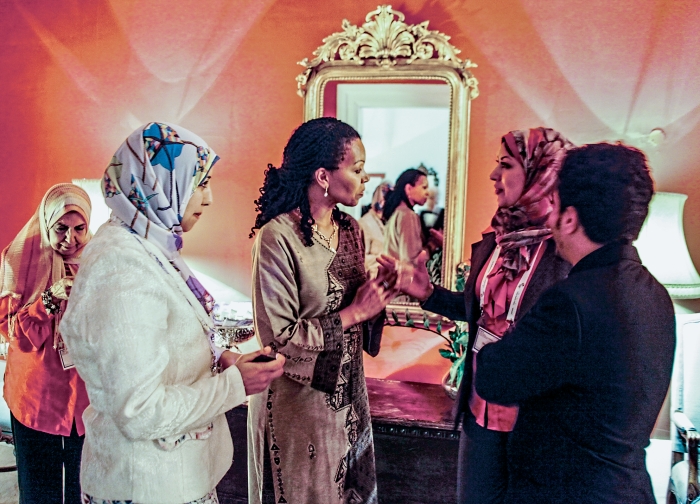 Credit: Sarah Everts/C&EN
Scientists from Egypt and Qatar chat with the U.S. Ambassador to Malta (middle) during a reception at her residence during the Malta conference.

The challenge is transferring the social goodwill that takes place at the Malta Conferences to long-term collaborations between Middle East scientists. Often, friendships forged at the conference cannot be pursued in person later: In particular, scientists from Israel and Iran are frequently not welcome in other Middle Eastern countries, and collaborations with scientists from those two nations are often frowned upon.

“We are taking baby steps,” says Ron Naaman, a chemical physicist at Weizmann Institute of Science, in Rehovot, Israel. For example, as a result of Malta meetings, a half-dozen Palestinian graduate students have come to Weizmann Institute for graduate studies, says conference organizer Zafra M. Lerman, president of the Malta Conferences Foundation. Naaman and Dweik of Al-Quds University say they first met at a Malta Conference, and Dweik is now on sabbatical in Naaman’s lab. Another positive outcome of the Malta Conferences is a joint project among Israel, Jordan, and the Palestinian Authority to discuss water resources that was funded initially by the International Union of Pure & Applied Chemistry, Lerman says.

Yet in the decade since the Malta Conferences began, the Middle East has become increasingly politically unstable, stymieing efforts to build scientific bridges. “For example, Egypt is in turmoil, and Syria is in a horrible situation,” Lerman says. Even getting visas for scientists to attend the Malta Conference has become more difficult than in 2003, when the inaugural conference was held. A dozen potential participants—from Iraq, Iran, and Jordan—were denied visas to this year’s event, Lerman says. “In the Middle East, solutions take time,” she adds. “You have to keep trying.”