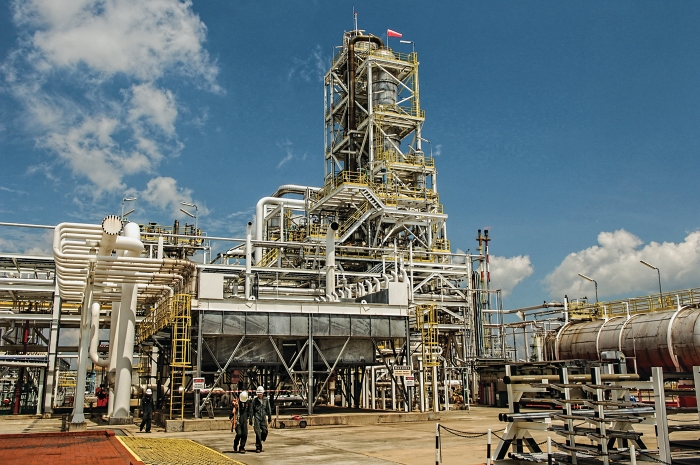 BP still makes chemicals, and it plans to keep it that way.

In 2005, the British oil giant sold off two-thirds of its petrochemical operations, but it held on to the crown jewels: its world-leading operations in acetic acid and purified terephthalic acid, a polyester raw material.

At a press conference in London earlier this month, Nick Elmslie, chief executive of BP Petrochemicals, assured reporters that they weren’t about to hear about the sale of these remnants of BP’s chemical franchise. “Absolutely not,” Elmslie said, although he forgave them for suspecting as much. Only a week before, BP had announced plans to divest $10 billion worth of assorted businesses by 2015.

What the company had to say in London was quite to the contrary. Elmslie unveiled what he called the “biggest breakthrough in acetic acid technology in the last 40 years” as well as a new process for converting ethanol into ethylene.

R&D, Elmslie noted, will be pivotal for BP’s chemical business. “Technology is really the only sustainable source of competitive advantage long-term,” he said.

The new acetic acid technology, called SaaBre, is a departure from the traditional carbonylation process for making the acid, a precursor to chemicals such as vinyl acetate. That method, around since Monsanto invented it in the 1960s, involves reacting carbon monoxide with methanol. In SaaBre, the only raw material is synthesis gas, a mixture of carbon monoxide and hydrogen usually made by the steam reformation of methane.

Synthesis gas is also used in the carbonylation process as a source of carbon monoxide, which is purified via liquid nitrogen separation. With SaaBre, Elmslie said, that purification is no longer needed. Furthermore, SaaBre is less corrosive than carbonylation, requiring no use of exotic metals such as zirconium in reactors.

Compared with its best carbonylation technology, BP predicted, SaaBre will enjoy a cost advantage of $50 per metric ton, roughly 5% of acetic acid’s price, based on current prices for natural gas and methanol on the U.S. Gulf Coast.

BP didn’t provide technical details, but company patents offer clues. For example, in 2010, BP published a U.S. patent describing the transformation, using a rhodium-based catalyst, of a syngas stream into acetic acid and ethanol along with by-products such as acetaldehyde, alkanes, and ethyl acetate.

Company researchers have been working on the chemistry for about eight years, including pilot testing at its site in Hull, England. BP executives hope to announce details of their first full-fledged plant by mid-2014; capacity could be 1 million metric tons per year.

The new technology could have a big impact on the acetic acid market, said Mike Nash, global director of syngas chemicals for the market research firm IHS Chemical. Not having to buy methanol will free BP from a volatile market. Circumventing purification steps should reduce capital and operating costs. “The two advantages are both reasonably significant,” he said.

The technology could further the trend of big new acetic acid plants crowding smaller, older ones from the marketplace, Nash noted. From 2008 to 2012, about 1.7 million metric tons of acetic acid capacity, representing more than 10% of global output, was shuttered. These plants, mostly employing antiquated acetaldehyde chemistry, were swamped by 6.5 million metric tons’ worth of carbonylation capacity that came on-line during the same period. Some 85% of the acetic acid industry now uses carbonylation technology.

At the event, BP also unveiled a dehydration process, dubbed Hummingbird, for converting ethanol into ethylene. Charles Cameron, head of downstream technologies for BP, said the process is “ultraselective” and “virtually stoichiometric.” And the conversion of ethanol into ethylene is so high that it eliminates the need for an ethylene fractionation column.

BP aims to license Hummingbird. Cameron said the technology is suited to firms that annually need 50,000 to 300,000 metric tons of ethylene and don’t want to pay for a full-sized ethylene steam cracker. He also thinks the process is a good fit for firms aiming to make ethylene from fermented ethanol, like some are doing in India and Brazil.

There could eventually be a connection between Hummingbird and SaaBre. Cameron said BP has a commercial-ready process to convert acetic acid into ethanol. The firm is also working on modifications to the SaaBre process to allow it to make ethanol from syngas directly.

The approach should sound familiar. Back in 2010, BP’s main global rival in acetic acid, Celanese, unveiled a process called TCX for converting acetic acid into ethanol. The technology stemmed from the firm’s own carbonylation chemistry.

Celanese is running a small TCX plant in Clear Lake, Texas, and earlier this year started up a 270,000-metric-ton unit at its acetic acid complex in Nanjing, China. The company plans further units in China and is also contemplating one for Indonesia.

Should BP also join the ethanol club, it will not only be rejuvenating an old business with new chemistry. And the scope of its chemical operations will be expanding, not shrinking, for a change.