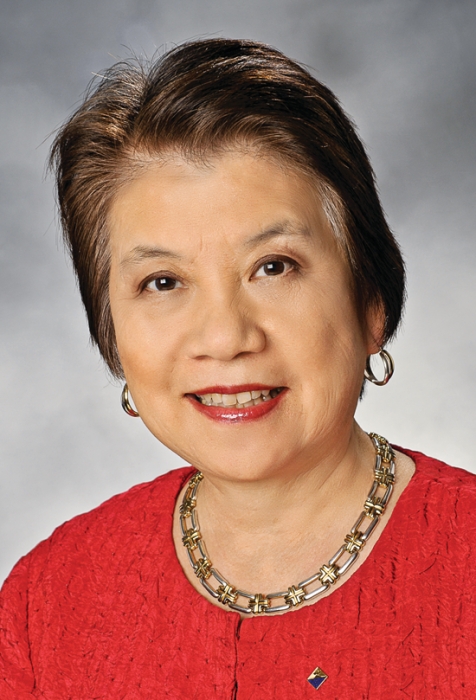 As president of the American Chemical Society, I continue to speak with members of the global scientific community to spread my message of how we can all work together as Partners for Progress & Prosperity (C&EN, Jan. 7, page 2, and March 11, page 33). I have long believed that the best way to achieve better understanding is through person-to-person interactions and by developing friendships (C&EN, Aug. 6, 2007, page 37). Thus, I was delighted to view this relationship building in action at recent scientific conferences that aim to promote world peace and understanding through personal science diplomacy.

I just returned from the biennial Malta Conference held on the Mediterranean island of Malta. Originally sponsored by ACS, this program is now self-sustaining. As with each of its predecessors, this year’s Malta VI, which marks the 10th anniversary of the conference, focused on “Science Diplomacy in the Middle East: A Bridge to Peace.” The president of the Republic of Malta along with the country’s U.S. ambassador and British high commissioner gave opening remarks to show their support.

Tremendous efforts have transpired over this past decade to bring scientists from throughout the Middle East—often from countries with highly strained relationships—closer together. The premise is that if scientists can work together on global challenges and reinforce their commitments to collaboration in research and education at the frontiers of science, then that increased understanding might help promote peace between their nations.

Scientists from 15 Middle Eastern countries and regions (Bahrain, Egypt, Iran, Iraq, Israel, Jordan, Kuwait, Lebanon, Libya, the Palestinian Authority, Qatar, Saudi Arabia, Syria, Turkey, and the United Arab Emirates), together with five Nobel Laureates and participants from the European Union and the U.S., spent five days together participating in stimulating face-to-face exchanges. This year, 20% of the 90 participants were graduate students or new Ph.D.s.

Despite differences in culture, religion, and politics, these “scientists without borders” met to discuss science and to work together on solutions to critical regional problems. Workshops addressed global challenges including the need for clean water and air, sustainable energy, lifesaving medicines, better training in science and technology for the future, and more.

It was enlightening to gain new perspectives and a better understanding of the ongoing conflicts and difficult politics of the Middle East. For example, the Malta VI scientists discussed scarce water resources and the critical need to share these resources among Israel, the Palestinian Authority, and Jordan. They are contemplating developing a declaration and resolution to submit to their respective governments regarding the need and mechanism for such sharing. Indeed, this is an opportunity for scientists to help navigate the challenging path toward peace in this troubled region of the world. See www.maltaconferencesfoundation.org for more information on the Malta Conferences.

As further illustration of the transforming power and global character of chemistry, this year’s winner of the Nobel Peace Prize was The Hague-based Organisation for the Prohibition of Chemical Weapons for its oversight of the 1997 Chemical Weapons Convention. A representative from OPCW shared a presentation at Malta VI on the organization and its initiatives. Another presentation on the use of chemical weapons and the common use of tear gas to suppress protests prompted lively discussions on the ethics of such tactics. Although world peace seems like a lofty goal, as scientists bound together by a common background in scientific truth and a problem-solving culture, we should leverage science diplomacy to achieve such a dream.

Similarly, I attended the Solar Energy for World Peace Congress in Istanbul, Turkey, in August. I heard that the organizer of the meeting was inspired by attending Malta III. The president of Turkey gave the opening remarks for the solar energy conference, thereby demonstrating his strong support for science and technology. Two Nobel Laureates plus prominent scientists from the Middle East, North Africa, sub-Saharan Africa, Asia, the EU, and the U.S. met to exchange scientific information on the latest solar energy technologies. Please visit www.solar4peace.org to consider signing a petition for promoting solar energy to help achieve energy autonomy for a more peaceful world.

In my role as ACS president, it was wonderful to share with reporters from all over the world how the 2013 Nobel Prize in Chemistry highlights the increasing importance of global research collaborations to advance science (C&EN, Oct. 14, page 5). This year’s chemistry Nobel Laureates—professors Martin Karplus, Michael Levitt, and Arieh Warshel—were born in three different countries, representing seven national citizenships with career journeys and scientific interactions that span the globe. This fits perfectly with my presidential theme of Partners for Progress & Prosperity and how we can work together to advance science through partnering.

Research conferences can promote not only the advancement of science but also world peace through science diplomacy. I strongly believe that all of us, as scientists and citizens of the same planet, have both an opportunity and a social responsibility to work on solving global challenges with governments to promote world peace (C&EN, Sept. 2, page 54). Please contact me with any comments or suggestions you may have at m.wu@acs.org.

Best wishes for a joyous and peaceful holiday season!

Outreach
Malta conferences use science diplomacy as a bridge to peace in the Middle East
Comment
Celebrating 2019 collaborations, and a note of thanks
Environment
Gathering Scientists With International Interests
Share X
To send an e-mail to multiple recipients, separate e-mail addresses with a comma, semicolon, or both.
Title: Promoting World Peace Through Science Diplomacy
Author: Marinda Li Wu, 2013 ACS President
Chemical & Engineering News will not share your email address with any other person or company.