[+]Enlarge
Credit: Associated Press
Silver-skinned: Jones at a debate in 2002. 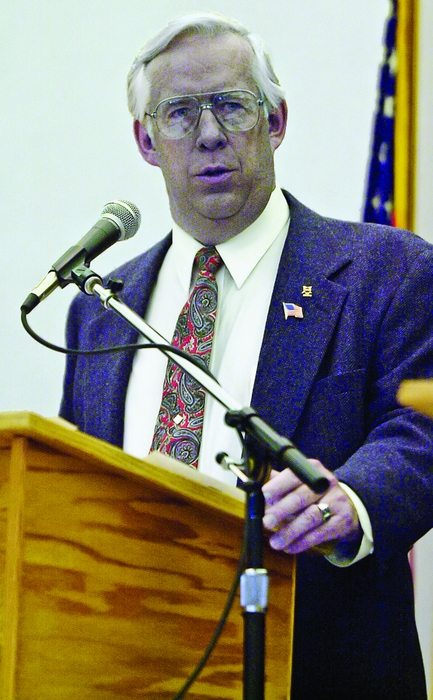 Credit: Associated Press
Silver-skinned: Jones at a debate in 2002.

The chemistry behind “blue-man syndrome” has finally been explained. This is a condition, called argyria, in which a sufferer’s skin turns a distressing blue color from chronic exposure to silver. Argyria is not to be confused with whatever’s responsible for the blue hue of the fictitious creatures known as the Smurfs or the cosmetic tint of the performance artists in the Blue Man Group.

Skin biopsies have shown that the condition is nontoxic but permanent like a tattoo, with the color change arising from cutaneous silver sulfide and silver selenide nanoparticles. Silver nanoparticles are commonly used as antimicrobial agents in topical sprays, cosmetics, and clothing.Some consumers have been worried that their socks could be toxic or that silver nanoparticles might end up causing problems in the environment. Scientists are pretty sure, though, that silver ions, not the nanoparticles themselves, safely kill bacteria.

Most antimicrobial silver products are argyria-safe. An exception is colloidal silver, a liquid suspension of silver nanoparticles. Before antibiotics came along, drinking colloidal silver was used as a cure-all. The occasional case of argyria that crops up today usually stems from someone consuming copious amounts of the metallotonic. One famous case is that of Stan Jones, a former Libertarian candidate for U.S. Senate in Montana. Jones turned blue after imbibing colloidal silver in 1999 as a precaution against a possible shortage of antibiotics resulting from feared Y2K anarchy.

At any rate, curious minds have been wondering how blue-hued nanoparticles end up in skin. Enter Robert H. Hurt and coworkers at Brown University. The researchers just reported finding that silver nanoparticles dissolve in the low-pH environment of the stomach to form silver ions (ACS Nano, DOI: 10.1021/nn303449n).

They posit that the silver ions, transported around the body by glutathione and other biomolecules, are reduced in the skin by sunlight to form new nanoparticles. Sulfur or selenium atoms then wedge themselves in with the silver atoms on the nanoparticle surfaces, leading to the blue sheen.

“There’s a lot of talk about Lipo­zene,” or so the ads that keep cropping up on television say. Hawked as an all-natural weight loss supplement, Lipozene is one of many dietary fiber products available at pharmacies for self-treatment of obesity, type 2 diabetes, high cholesterol, and constipation. 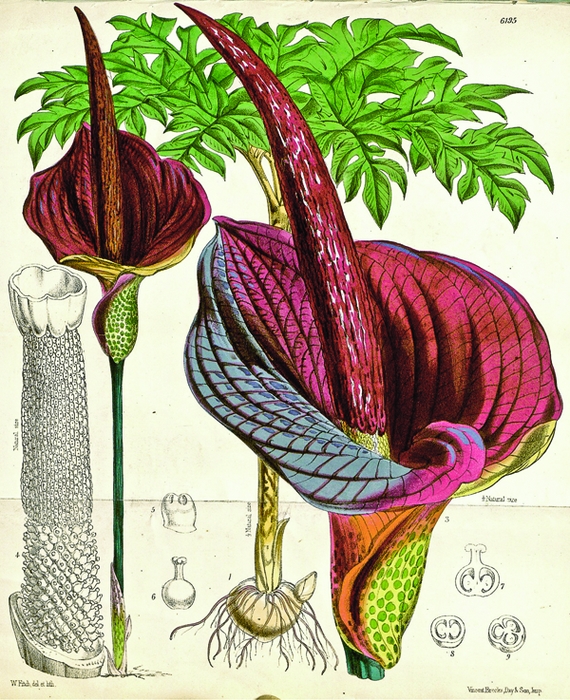 Lipozene’s active ingredient is glucomannan, a water-soluble form of dietary fiber (aka a polysaccharide) derived from the potato-like tuber of the tropical Asian plant Amorphophallus konjac. When taken about a half-hour before a meal, Lipozene acts like a sponge to soak up water. As the fiber swells, it takes up room in the stomach so you feel full and eat less. “It’s not rocket science,” the Lipozene ads note, “it’s just science.”

When taken as directed, Lipozene reportedly provides 4.5 g of soluble fiber per day. The Food & Drug Administration recommends that dietary fiber intake—readily obtained from fruits, vegetables, and grains—should be about 25 g daily, of which 6 g should be soluble fiber. As a point of reference, Metamucil and other fiber supplements typically contain 9 g of fiber per daily dosage, of which 6 g is soluble. But Metamucil uses psyllium, a fiber derived from the seeds of the herb Plantago ovata.

Times haven’t always been good for the as-seen-on-TV fat-fighting products. For example, the Obesity Research Institute, which produced FiberThin, was fined by the Federal Trade Commission in 2005 for making claims about the rapid weight loss achieved with its product without any need to diet or exercise. Lipozene seems to be FiberThin reincarnated, without the litigious claims.

Food Science
Multimineral cocktail gives wheat a nutritional boost
Business
Solution advances for acrylamide problem
Energy
U.S. To Impose Duties On Imports Of MSG﻿
Share X
To send an e-mail to multiple recipients, separate e-mail addresses with a comma, semicolon, or both.
Title: Blue In The Face, Fiber Fat Fighter
Author: Stephen K. Ritter
Chemical & Engineering News will not share your email address with any other person or company.

Comments
Fritz Jörn (May 20, 2014 3:03 AM)
With a bit of practical German read the article about blue as a color, and Stanley Jones in particular at http://folio.nzz.ch/2014/mai/der-blaue-gringo.
Reply »