Coping With The Helium Shortage

CORRECTION: This story was updated on Feb. 5, 2013, to state that helium is an element, not a molecule.

Last July, Martha Morton, director of research instrumentation at the University of Nebraska, Lincoln, lost a valuable 600-MHz nuclear magnetic resonance (NMR) instrument used to study molecular structures. Helium needed to keep the instrument’s magnet at close to absolute zero had begun to leak out. Because she was unable to get more helium, the remainder suddenly boiled off. And a sophisticated $500,000 magnet became a pile of junk. 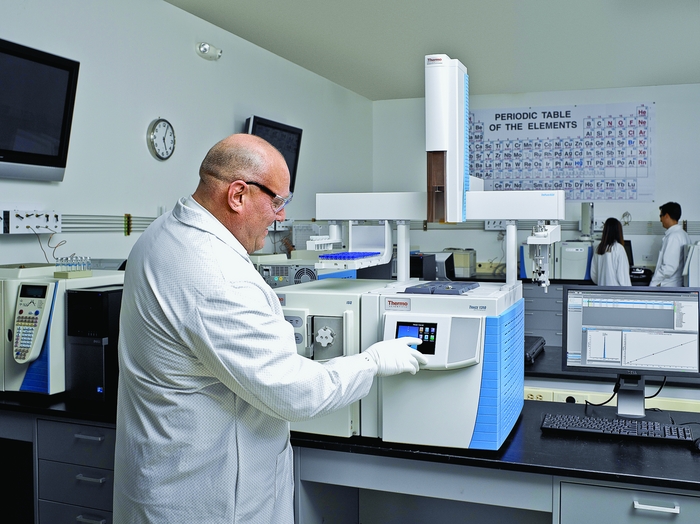 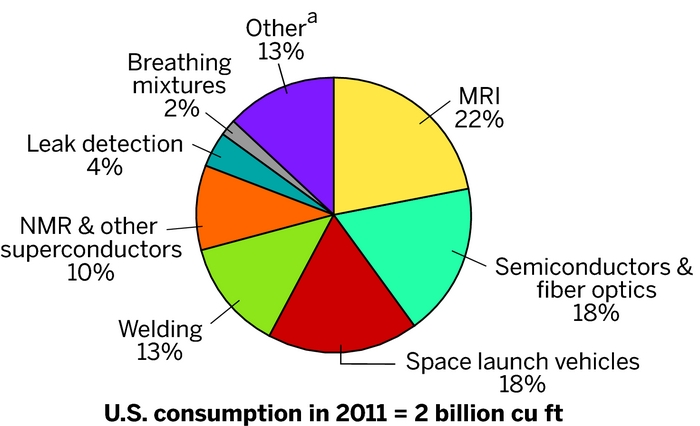 Nebraska lost its magnet during an acute helium shortage. Supplies of helium were already tight because of shrinking U.S. output and rising global demand. Then early in July, the Bureau of Land Management (BLM), the U.S. government agency that controls about one-third of the global helium supply, shut down its helium pipeline and storage facility for a two-week maintenance period.

With the magnet unusable, Morton says, the university plans to replace the entire instrument with a $1.6 million 700-MHz device to analyze biological samples for metabolic studies. Right now, she says, researchers must express mail samples or drive at least four hours to institutions such as the University of Kansas, Lawrence, or Iowa State University, Ames, to access an instrument comparable to the one that was lost.

With helium hard to get, instrument users who depend on it are using different strategies. For NMR operators like Morton, investing in a new generation of helium recycling equipment is beginning to look attractive, even though such systems can carry a six-figure price tag. For analytical scientists who depend on helium as a carrier gas for gas chromatography and mass spectrometry (GC/MS), using hydrogen and adopting helium conservation strategies are becoming viable approaches.

Later this year, new sources of helium are opening that could mitigate the shortage. But supplies are not guaranteed. Helium is a by-product of natural gas production, and interruptions in gas supply could at any time tighten helium availability.

New helium is always in demand because the element is an escape artist. It leaks into the atmosphere from both GC/MS and NMR instruments. The loss was tolerable in the past when liquid helium sold for about $5 per L. Today, with prices as high as $22 per L, allowing it to escape is getting too expensive. Instrument users consume anywhere from a few hundred liters to thousands of liters of helium per year.

Setups to capture, recycle, and purify 15 L per day of helium cost about $100,000, says Peter Gifford, president of Cryomech, a manufacturer of helium recycling equipment in Syracuse, N.Y. The firm makes modular systems that can recover 15, 22, or 60 L per day. They are laid out so vibrations from the cryogenic coolers that liquefy helium don’t affect sensitive NMR machines.

Morton thinks it’s worth the price. Given high helium costs and the danger of losing a costly instrument, she figures, most universities and companies should see their way to breaking even on the investment in recycling.

About 22,000 NMR and magnetic resonance imaging (MRI) medical diagnostic instruments have been installed worldwide since 1980, many without any helium recycling systems, points out Stefano Spagna, chief technology officer of Quantum Design, a maker of such systems. Quantum Design offers models capable of recycling 12 or 22 L of helium per day. “Even small helium users can benefit from a recycling system,” Spagna maintains.

Not everyone buys that last point. “The technology is not there yet to make helium recovery for small users practical,” observes Bill Eberle, a technical expert at crop chemicals maker Syngenta. Eberle maintains two NMR spectrometers that together require less than 1 L per day to keep them running.

Scientists who operate GC/MS instruments typically use less helium than their NMR colleagues. An NMR cooling system requires thousands of liters of helium to fill and then regular replenishment to replace the helium that escapes.

A GC/MS instrument typically uses between 10 and 100 mL per minute of the carrier gas, so a modest-sized pressurized tank of helium can yield gas for several months, according to Mark Taylor, a marketing manager for GC/MS instrument maker Shimadzu. High prices and spot shortages, though, are pushing the firm’s customers to adopt hydrogen as a carrier gas for GC/MS, Taylor notes.

Peter R. Stout, a senior research forensic scientist at RTI International, advises that forensic scientists who use GC/MS shift to hydrogen for supply security. RTI, a nonprofit research institute, has a contract with the National Institute of Justice, a unit of the Department of Justice, to help crime labs “get more out of their GC/MS equipment,” according to Stout.

“With the volumes of helium used in forensics, recycling is probably not cost-effective,” Stout acknowledges. However, hydrogen is much less expensive than helium, and it can also speed up sample analysis, he says.

Hydrogen does have drawbacks. The gas is flammable and can react with certain samples, says Bruce Quimby, a senior applications chemist for instrument maker Agilent Technologies. Helium is inert and thus won’t react.

Quimby isn’t opposed to hydrogen use, however. Given the low amounts of hydrogen used in a lab, and the way most GC/MS systems are designed, the risk of explosion is quite low, he says. And in cases where sample reactivity with hydrogen isn’t a problem, the gas can work well, he adds. Still, scientists will have to redo standard analytical methods—which are designed to use helium as a carrier gas—if hydrogen is to gain wide acceptance, he notes.

For those who must use helium, Agilent plans to introduce a new device designed for its 7890 series of GC instruments that will enable users to conserve the gas. A “sleep function” on the instrument will turn off helium flow while the instrument is idle.

Like Agilent, Thermo Fisher Scientific says its GC/MS systems are able to work with hydrogen. However, it only recommends two systems, the ISQ and the TSQ 8000, for hydrogen because they have been fully tested for hydrogen safety, according to Eric Phillips, a market manager with the instrument company.

Thermo Fisher is also evaluating the use of hydrogen generators for lab use. Although the initial investment in a generator is high, hydrogen is produced inexpensively and, Phillips says, the generators are safer to use than cylinders.

The helium shortage won’t last forever. Long delayed but eagerly anticipated new supplies should be coming on-line soon. Nick Haines, head of helium source development at the industrial gases company Linde, says the 1.3 billion-cu-ft-per-year Qatar Helium 2 project in Qatar, for which Linde is a distributor, should start up later this year. An Air Products & Chemicals spokesman says that a 200 million-cu-ft plant jointly owned with Matheson Tri-Gas in Big Piney, Wyo., should also start up this year. The BLM facility, now back on-line, will help as well.

But given the problems they have experienced to date, scientists like Nebraska’s Morton are convinced that access to helium supplies will be a concern for years to come. “We just have to make our universities and companies know it and address it,” she says. ◾

That is a funny thing to say. In fact, helium is nearly unique among our natural resources in that it escapes the planet if we let it loose. Every other element except hydrogen (which we have lots of) does not have this issue. We might be throwing all of our phosphorous reserves into the ocean and condemning future generations to the high cost of re-extracting phosphorous from sea water in order to fertilize their crops, but at least the phosphorous is still there. Likewise for other elements.

But helium? If it leaks, it is gone, forever. Unlike hydrogen, there is a very limited supply. What will future generations do? Harvest it from space at ungodly costs?

We should be much more concerned with our helium use due to its virtually irreplacable nature.
Reply »

Dr. W.D. Gaster (April 12, 2016 4:38 PM)
Correct me if i am wrong but cant we produce helium through nuclear reactions? iam pretty sure that alpha decay releases alpha particles which are basically Helium-4 atoms. (i might sound stupid here) cant we just give it electrons to stabilize it into a regular helium atom. And also wont fusion reactions with tritium give off regular helium.
Reply »

AB Peak (May 19, 2016 5:43 AM)
As article suggests, more and more laboratories and MS manufacturers promoting adoption of hydrogen gas - not surprising given benefits of faster analysis & increased productivity. Here is a good article on the key stages involved in switching over: