[+]Enlarge
Credit: Shutterstock
Santa’s helper: An Arctic reindeer can adjust its eye color to its habitat. 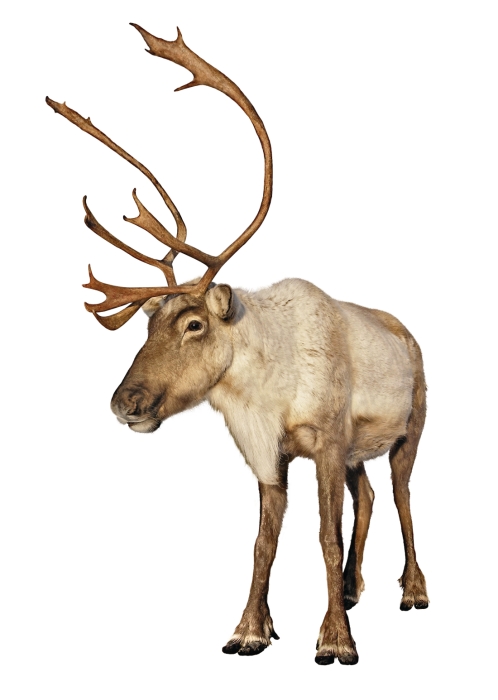 Credit: Shutterstock
Santa’s helper: An Arctic reindeer can adjust its eye color to its habitat.

When Santa picked reindeer to guide his sleigh, he was probably more focused on their nose color than on their eye color. But scientists have shown that reindeer are unique, not just for their ability to deliver Christmas gifts but because structures in their eyes change color with the season.

Reindeer eye color isn’t the same as human eye color, says team leader and neuroscience professor Glen Jeffery of University College London’s Institute of Ophthalmology. Human eye color comes from the part of the eye called the iris, whereas reindeer eye color is at the back of the eye, behind the retina. This part of the reindeer eye is called the tapetum lucidum, Jeffery says, and it is made up of reflective collagen fibers. “Most mammals have it,” he says. “Primates don’t. But in nearly all mammals it’s a golden color,” he explains.

In the Arctic, light conditions vary: In summer months, daylight can last for 24 hours straight, and in the winter months, it can be dark for just as long. Reindeer adjust to these extremes, Jeffery and his team have determined, by dilating their eyes in the dark winter months to take in more light.

Dilation increases eye pressure, which pushes the collagen fibers together, making the reflective part of the eye appear blue. During bright summer months, a reindeer’s tapetum lucidum returns to its golden color when the fibers spread back out (Proc. R. Soc. B 2013, DOI: 10.1098/rspb.2013.2451).

But this doesn’t mean reindeer can see better in the winter, Jeffery explains. In fact, the animals’ vision is blurred because of their eye dilation. The tighter fibers of the tapetum lucidum scatter more light, increasing vision sensitivity. So on a cold winter day, although a reindeer’s vision is blurred, it can sense a predator—such as a wolf—more quickly with its sensitive “blue” eyes and run away.

While searching the Internet for movie reviews of the recent “Hobbit” installment, the Newscripts gang came across research by climate scientist Dan Lunt of the University of Bristol, in England. 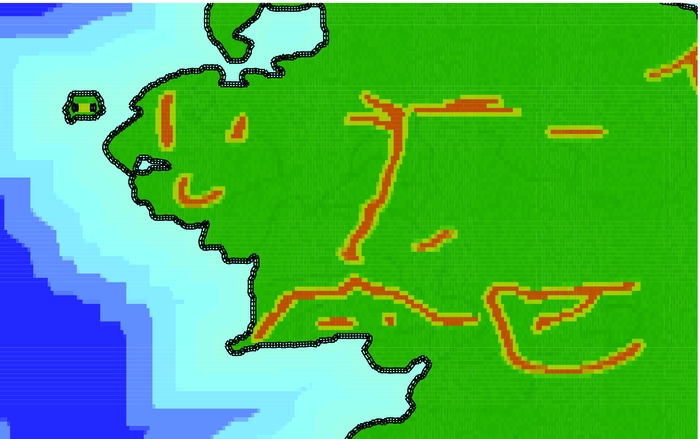 Writing under the pen name Radagast the Brown (a wizard from J. R. R. Tolkien’s tales), Lunt has independently published a paper in the ficticious Journal of Hobbitlore detailing his efforts to model the climate of Middle Earth (2013, http://bit.ly/1d4wyxt). To accomplish this feat, he applied a climate model developed by the U.K.’s national weather service to the fictional world of hobbits, elves, and dwarves. “The motivation,” Lunt explains, “was to capture the imagination of the public and use this to communicate some basics about climate models and climate modeling.”

The model requires data such as ocean depth, carbon dioxide concentration, and planetary rotation, which Lunt jokes that he obtained from archives in the Elvish city of Rivendell. Of course, the climate scientist had to infer some data, such as how to turn a flat map of Middle Earth into a planetary sphere, which the modeling software requires.

According to Lunt’s model, most of Middle Earth is covered with forest. The Shire, home to the hobbits, has a climate similar to Eastern Europe’s, and Mordor, evil Sauron’s territory, matches closest with the environs of Los Angeles or western Texas, Lunt says.

If any Newscripts readers are fluent in Elvish or Dwarvish, Lunt welcomes your help to translate his findings.

Biomaterials
Ultrablack skin camouflages deep sea fish
Diversity
Showing off true colors
Biological Chemistry
Bee-lieve it or not. Nothing fishy here
Share X
To send an e-mail to multiple recipients, separate e-mail addresses with a comma, semicolon, or both.
Title: Adaptable Reindeer, Hobbit Weather
Author: Emily Bones
Chemical & Engineering News will not share your email address with any other person or company.